5 Most Valuable Companies In The World 2022 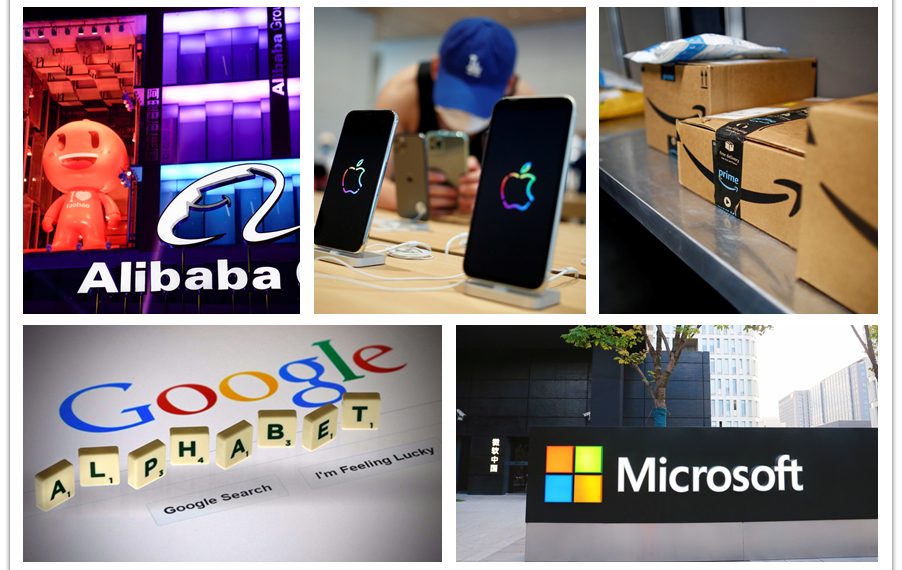 5 Most Valuable Companies In The World 2021

Apple takes the first spot as the most valuable company in the world with a staggering worth of $2.1 trillion.
Therefore, in this article, the rating of these companies will be based on market capitalization, as well as the countries, sectors they are from, and their products.

We will also calculate by multiplying the number of shares issued by the company by the value of one such share.

Let’s take a look at the world’s top 10 most valuable companies.

Recommended For You: Top 10 Biggest Companies In Nigeria

Apple has been the most valuable company in the world for a long time now. And it has also maintained the top spot on the most expensive brand list.

The company logo is recognized by millions of people as Apple became truly the most successful brand. Its value is estimated at $2.1 trillion

The company was established by Steve Wozniak, Ronald Wayne, and Steve Jobs on 1 April 1976. They initially started in the assembly of home computers and producing proprietary models of PC.

But when they brought the introduction of its mobile products to the world like the iPhone smartphones, smartwatches, laptops, and the iPad tablets, their greatest success came. We can see today that everyone’s wish is to own an Apple product. This company is the richest company in the world.

Today, you will notice that this valuable company has brand stores, service centers, and thousands of offices worldwide with a staff of over 132,000 employees.
Their product has high quality, stylish design, and a brilliant marketing program.

Saudi Aramco is one of the world’s leaders in oil production and reserves. This company also has the intention of becoming the leading force in the production of liquefied natural gas.

The company has branches and subsidiaries in Great Britain, Japan, China, Russia, the USA, the United Arab Emirates, and other countries. The company also collaborates with Lukoil, Total SA, Sinopec, Royal Dutch Shell, and many others.

It became one of the most expensive companies in the world, after the successful issue of shares on the stock exchange. Shortly after the release of the shares on the Tadawul stock exchange, the company’s value reached 1.9 trillion dollars.
The oil giant has exceeded all expectations with the issued shares.

However, its IPO is one of the most successful in history. We can see from its value that, it is the second most valuable company in the world.

Microsoft Corp is one of the leading companies in the PC software market. This is because it was the first software developer that brought the idea of using packaged software for home computers that would make the PC experience intuitive and user-friendly

The company was founded in 1975 by one of the richest men in the world the name Bill Gates. It releases new-generation Windows operating systems, a set of applications to work with documents called Microsoft Office, and other software programs.

These brought huge profits and incredible success to the company.

It is an American retail company that sells and delivers various goods over the internet. The company was founded by Jeff Bezos in 1994, and its headquarters is in Seattle, WA, USA

Amazon’s website is an online avenue for internet users, suppliers, and producers to sell any of their goods. Amazon became very popular among people because of its high-quality goods, prompt delivery, wide assortment, and low prices.

Amazon’s annual turnover is estimated at $232 billion and the company employs over 600,000 works.

Read Also: How Much is Car Insurance: Countries Costs and 10 Best Companies

The famous Internet company Google changed its official name to Alphabet. This is because the company was out of the scope of the Google search engine. The company was co-founded by Larry Page and Sergey Brin in 1998. And they are the heads of the Internet holding.

It owns many other companies and sub-companies are part of the holding like Android, AdWords, YouTube, and many others.

In summary, there are many most valuable companies in the world. It has also shown you that these companies have incredible success and huge profits. These top 5 companies are worth Trillions. Please leave us a comment if you like this article.

Tags: Most Valuable CompaniesTop 10 companies in the world
ShareTweetSend
ADVERTISEMENT