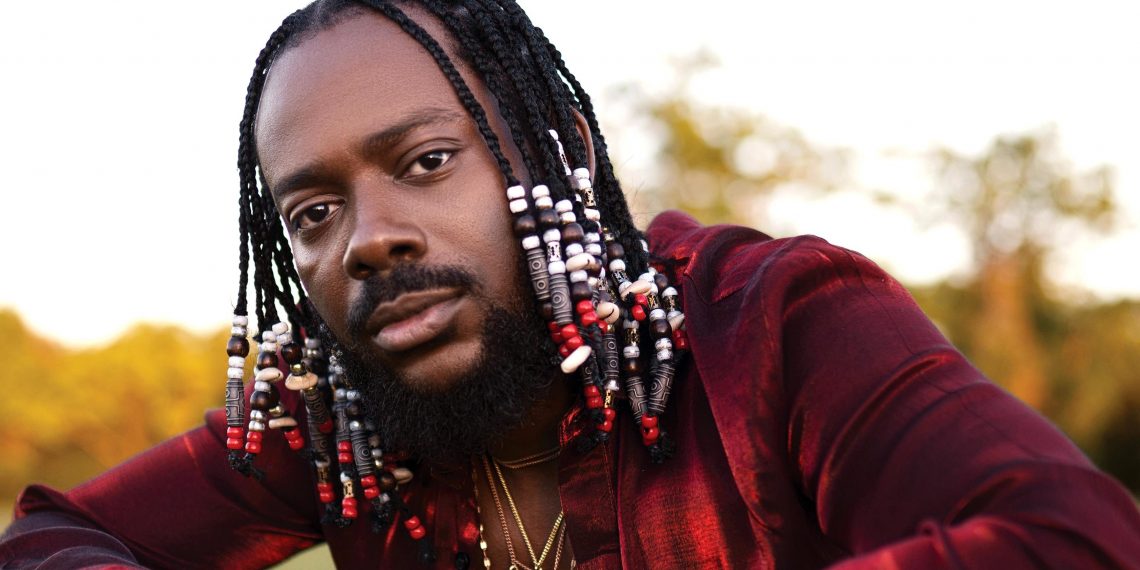 How much is Adekunle Gold worth in terms of cash?

This and many more you will find out in this wonderful post, so read on with utmost focus.

Today, you’d agree with me that Adekunle Gold is one of the most unique singers not just in Nigeria, but in Africa as a whole.

Despite the ever-changing trend in the Nigerian music industry, Adekunle Gold has continued to remain a unique singer with a totally different style of approach to the music world.

Now, one surprising thing is that Adekunle Gold was actually a signee under Olamide’s YBNL Nation.

This led to a lot of reactions from YBNL fans who often listened to hit street bangers from Olamide and the likes of Lil Kesh.

Adekunle Gold was the odd one in the music label, so fans often wondered how he got a music deal in a music label filled with rappers and musicians who often dropped street bangers.

This was at the beginning of his career.

As time went on, he slowly carved a space for himself in the Nigerian music industry.

Today, he is said to be one of the most unique singers in the country.

In this article today, we are going to look at the biography of Adekunle Gold, and also his net worth.

That will not be all, as we are also going to look at some interesting facts about this singer.

So feel free to sit tight and read with utmost focus as we present this wonderful article to you.

Adekunle Kosoko (aka Adekunle Gold) is a Nigerian singer, music composer, and graphic designer who was born on the 28th of January 1987.

The singer actually gained fame in the industry when he released his hit single titled ‘Sade’.

This was a cover of ‘Story of My Life’ by One Direction.

In 2015, the singer signed a deal with YBNL Nation, and he also released his first album which was titled “Gold”.

Before Adekunle Gold was signed to YBNL Nation, the singer used to design official logos for Olamide, Lil Kesh, and Viktoh.

He was the official graphics designer of YBNL Nation before he later became an artist under the label.

Adekunle Gold is actually a member of the Kosoko Royal family in Lagos State.

While he was still a young kid, the singer was already attracted to music by listening to musical legends then.

This made him become a member of several musical bodies and groups all through his early stages in life.

After his primary and secondary education, Adekunle Gold went ahead to study for a Higher National Diploma (HND) in Arts and Design at the Lagos State Polytechnic.

They actually got married back in January 2019.

Later on, it was revealed that the duo had been dating for about five years prior to their marriage.

Recently in 2020, they welcomed their first child.

While Adekunle Gold was still growing up, he developed a deep interest in music by listening to songs by the likes of Ebenezer Obey and King Sunny Ade.

While he was still a member of the junior choir in his church, Adekunle Gold wrote his first song.

This was when the singer was actually only 15 years old.

When he was still younger, he formed a music group with his friend back in school.

However, this group later disbanded and he went solo in 2014.

The singer is actually referred to as the ‘King of Photoshop’ by so many people around the nation.

He actually earned this name after he posted a photoshopped image of himself hugging Tiwa Savage on social media.

This photo was photoshopped by Adekunle Gold.

It was so realistic and flawless, that people began to tag him as the ‘King of Photoshop’.

The same year when he went solo, the singer’s hit single ‘Sade’ was nominated for several awards across the nation.

YBNL Nation actually signed this singer on the 5th of March 2015.

Same year, he was nominated at the City People Entertainment Awards in the category of Most Promising Act of the year.

On the 18th of July 2016, the then-new YBNL signee ‘Adekunle Gold’ released the official cover art of his album, and also the tracklist.

This was for the album titled ‘Gold’.

The album was made up of 16 tracks.

The production was handled by Pheelz, Masterkraft, B Banks, Oscar, Seyikeyz, and a few others.

After this album was released, it featured on the number 7 spot in the Billboard World Album chart of the week on the 13th of August 2016.

In addition, the music was widely accepted by music reviewers and critics across the nation.

After his contract expired in YBNL Nation, Adekunle Gold left the record label and established his own.

The singer named his record label ‘The 79th Element’.

This actually represents the atomic number of gold.

In January 2018, Adekunle Gold was made a brand ambassador of Unity Bank.

The exact worth of this deal is undisclosed, but we know it is a lucrative deal.

Throughout his career in the music industry, Adekunle Gold has released a total of three albums.

Gold is Adekunle’s first Album, and it was released in 2016.

Immediately after the release of this album, it made waves across the music scene both locally and internationally.

The album charted high on so many charts across the world, and it was ranked as one of the best albums of the year in Nigeria.

About 30 is Adekunle Gold’s second album, and this one was released in 2018.

This Album was also a success, and it was widely accepted across Nigeria.

He released this album on the 21st of August 2020, just after the whole Lockdown for the Covid-19 pandemic subsided.

This album is also making waves across the Afro Pop space, and it is ranked as a music project with so much value.

Adekunle Gold has bagged numerous awards in the music industry.

In 2015, Adekunle Gold won the award for the Best New Act at the Nigeria Entertainment Awards.

He won the Best song award, and also Best New Act to watch at the Nigeria Entertainment Awards.

He also went ahead to win the Best Alternative Song award at the Headies Awards.

After a previous year of winning awards, Adekunle again got back to the winning way in 2017.

In 2017, he won the Album of the Year award, and also the Best collaboration award (Adekunle Gold and Simi) at the City People Entertainment Awards.

Still, in 2017, the singer again bagged the award for Best African Artist at IARA.

So far, these are the major awards won by the singer ‘Adekunle Gold’.

He is indeed a rare and talented singer in Nigeria, and he is loved by so many fans across the nation.

On Social media, Adekunle Gold can be gotten through the following handles.

On Instagram, Adekunle Gold goes with the official handle @adekunlegold.

He has a total of over 6 million followers on this platform.

You can join them to get first-hand information about the singer all the time.

On Twitter, Adekunle Gold can be gotten with the handle @adekunleGold.

He has a total of 1.6 million Twitter followers, and they seem to grow at a steady pace.

These are the major social media handles of the singer Adekunle Gold.

If you love the works of this artist, then feel free to follow him through his handles on Social media.

As a rich singer, Adekunle Gold has a couple of luxury cars in his garage.

Some of his cars are:

This is the singer’s favorite car, and he actually bought it back in 2018.

This car is a rugged car that can house up to seven people.

The car is often used by both Adekunle Gold and his wife Simi.

Adekunle Gold also owns a Jeep wrangler which he uses only on some occasions.

These are the two known cars the singer has.

It is reported that Adekunle Gold has a mansion in Lekki, Lagos.

The house is said to worth millions of Naira.

It has a large swimming pool, and also a studio area for recording songs.

What is Adekunle Gold Net Worth?

Currently, Adekunle Gold has an estimated net worth of about $800,000 dollars.

From the texts you’ve gone through, you can confirm that Adekunle Gold is indeed a unique talent in the Nigerian music space.

He continues to drop unique tunes, and he keeps climbing up the scale in the Nigerian music industry.

So far, that is all we have on Adekunle Gold.

If you are opportune to have further information about the singer, then feel free to drop them in the comments session below.

We value your opinions.