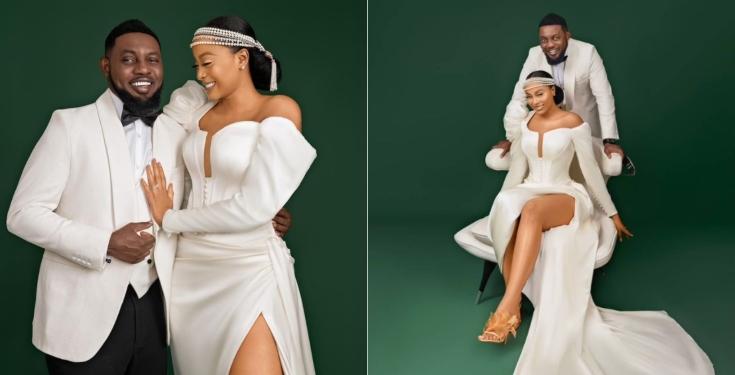 Do you know AY? and What is AY net worth?

This and many more you will find out in this article.

Undoubtedly, laughter is a gift which brings about long life and good health.

As a result, we need to value those who bring this gift to us.

Today, there are several talented comedians in the world.

These guys are so good, that they are guaranteed to make you forget about minor sorrows.

In this wonderful article, we will look at one of these comedians, and how much he has made by simply cracking jokes.

Truth be told, AY is one of the most popular comedians not just in Nigeria, but Africa as a whole.

Aside from being so famous, he is also one of the richest comedians in the country.

So without wasting time, let us look at the net worth of AY, as well as his biography and more.

Ayodeji Richard Makun (aka A.Y) is a Nigerian comedian, actor, and TV presenter who was born on the 19th of August 1971.

He is an indigene of Ifon in Ose LGA, Ondo State, Nigeria.

Through the years, he has made it big as a comedian in Nigeria.

Today, he is well known for his A.Y Live shows.

This can be considered as one of the biggest comedy shows in the country yet.

AY is happily married to a lovely lady named Mabel.

The duo have been married for 12 years now.

This was where he graduated with a degree in Theatre Arts in 2003.

He also used to organize shows and small concerts.

As a result, he became very famous.

AY was shot into the limelight when he became a personal assistant to the famous Alibaba.

Alibaba is actually an event manager and comedian also.

In fact, he is ranked as the richest comedian in Nigeria.

He is also the writer of Gbenga Adeyinka’s ‘Laff Mattaz’.

He is also the founder of the famous Nigerian TV series called AY’s Crib.

In addition, he is also the host of AY Live.

This show often features the likes of Helen Paul, Bovi, Seyi Law, and a host of other comedians.

Aside from being a famous entertainer, AY is also a businessman.

He is the CEO of Corporate World Entertainment.

Moreover, he is also a major investor in the stand-up comedy industry in Nigeria, and he owns a top-class club.

Through his Open Mic Challenge, he has positively influenced the careers of so many upcoming comedians in Nigeria.

As a talented entertainer, AY has bagged a lot of awards over the years.

Here are a few awards that this comedian has bagged in the industry over the years.

In 2008, AY won the award for Comedian of the year at the Diamond Awards.

Later on that same year, he bagged the award for Comedian of the year at the Teens Favorite.

He still went ahead to bag the same Comedian of the Year award from the MBG Abuja Merit Awards.

These are the major awards which AY won in 2008.

Following his success in the entertainment industry.

In 2010, AY won the comedian of the year Award at the Nigerian Entertainment Awards.

More recently in 2018, AY won the award for Best Event (A.Y Live) at the NELAS Awards in the UK.

Through this section, you can confirm that AY is indeed a decorated comedian.

Having bagged so many awards and nominations over the years, a lot of people rank him as the best comedian in the country.

As an actor, AY has appeared, in the following movies and some of these movies were actually produced by him.

30 Days In Atlanta was a blockbuster movie which made waves across the continent.

This is one of the most popular movies on this list.

The movie featured movie stars like Funke Akindele, Chris Attoh, Eric Roberts, and many others.

Following the success of A Trip To Jamaica, AY again appeared in the movie titled ‘The Wedding Party’.

This movie is one of the top quality nollywood movies till date.

It featured a lot of guest appearances from major stars like Jim Iyke, Nadia Buari, Anita Chris, Evan King, and many others.

Just as in some other movies mentioned here, the Accidental Spy is an international movie.

This movie is a sequel to ‘The Wedding Party’.

AY appeared in this movie alongside other movie stars like Jim Iyke, Ramsey Nouah, RMD, and also Falz.

A year after the major success of ‘Merry Men’, a sequel was released.

So far, these are the major movies in which AY has appeared in.

They are all blockbuster movies, and they still make waves at the international scene.

AY Cars, Houses, and Other Assets

As a rich entertainer, AY owns a couple of luxury assets.

In this section of this article, we are going to look at these major assets owned by AY.

Here are some cars owned by AY:

He actually acquired the white version of the car.

Amongst AY’s fleet of cars is a Jaguar XJ.

This is a full time sports car.

However, it features a semi-regular design.

This is a very powerful car which is designed to be rugged and fast.

Although this car looks somewhat normal on the outside, it has a large space on the interior.

The Lexus LX570 is one of the most expensive cars owned by AY.

Same day he acquired this car, he also bought a luxury car for his wife.

His Lexus LX507 SUV is a rugged vehicle that drives well both on and off the road.

This car is capable of driving on dirt, mud, sand, and also rocky grounds.

So far, these are the major cars owned by AY.

There are a few more, but we do not have enough details on them.

Recently, AY relocated to his new mansion in Lagos State.

According to sources, the interior decoration of this mansion was done by his wife’s company (Midas Interior).

He posted photos of this beautiful mansion online, and it was widely praised by fans.

This is the only known house of Ayo Makun.

However, it is said that he owns a couple of other real estate properties across the continent.

Does AY own a private jet?

A lot of people have been asking if AY owns a private jet.

However, the answer to that question is ‘No’.

AY does not own a private jet.

Rather, he often hires them for some special journeys.

As a rich superstar, a lot of people just ask these questions about AY all the time.

With the help of this section of the article, I believe you have been clarified.

What is AY net worth?

Currently, AY makes a lot of cash from endorsement deals, business, and many other streams.

Over the years, he has managed to amass a lot of wealth for himself.

With a net worth of $4 Million Dollars, AY is currently ranked as one of the top five richest comedians in Nigeria.

Final Thoughts on AY Net Worth

From this informative article, you can now see how rich AY is.

He is not just a rich comedian, but one of the richest in the country.

Having been in the industry for a long time, he has amassed a large follower base for himself.

He is regarded as the best comedian in Nigeria.

However, a lot others say he is one of the best, and not the best.

If you are a fan of this comedian, feel free to drop your comments below.

In all, we hope you found this article interesting.