The Best Yoruba Movies Of All Time 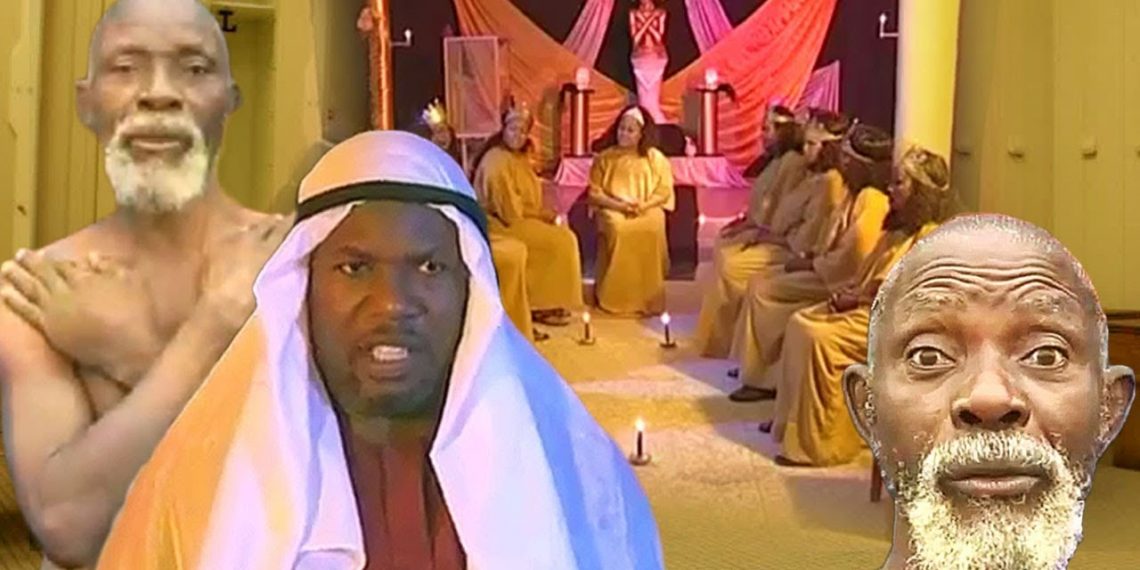 Do you want to find out the top 10 Yoruba Movies Of All Time?

If yes, then you are in the right place.

As a lover of Yoruba Movies, the odds are; you’d love articles like this.

Here, we are going to go through a thorough list of the top 10 best Yoruba Movies of all time.

Truth be told, the Yorubas also dominate the Nigerian movie industry just like the Igbos.

Today, so many blockbuster Nollywood movies are actually Yoruba Movies.

That should tell you that the Yorubas are indeed a great force in the Nigerian movie industry today.

Today, so many veteran Nollywood stars are actually Yorubas.

Some of them are Olu Jacobs, Omotola Jolade, Funke Akindele, Femi Osofisan, Odunlade Akindele, and more.

So, without taking much of your time, we will go through a comprehensive list of the top 10 Yoruba Movies Of All Time.

The Yoruba Movies ranked here are actually movies that are deeply rooted in the typical Yoruba culture.

Let us explore them now:

Here are the top 10 best Youruba movies of all time

On the tenth spot, we have the movie ‘Taxi Driver‘.

This is a very modern Yoruba movie, and it is currently a blockbuster.

It is viewed across the nation via major Nigerian movie channels across major satellite networks and streaming services.

This interesting movie talks about the story of a 31-year-old young man (Played by Femi Jacobs).

After the death of his father, this young mechanic moved to the city and took over his father’s job as a taxi driver, after collecting his father’s taxi.

However, he encounters a great deal of trouble from both assassins and a group of other weirdos in the city of Lagos.

This soon led to the unveiling of several hidden truths behind the death of his father.

This is a very captivating movie, and it features several stars acts in the industry.

The movie features a lot of heart touching scenes, and a lot of humorous scenes as well.

Though being a new movie, this movie is already bagging several nominations and awards in the industry.

Currently, this interesting movie is ranked as one of the best Yoruba Movies Of All Time.

You can feel free to check this movie out today.

On the 9th place in our list, we have the Yoruba movie titled ‘Surulere’.

Then the movie describes the story of a matched young man who met a young and nice lady.

On meeting this lady, he vows to become rich in order to win her heart over.

This story is filled with several funny and heart-touching scenes.

It hits on several lessons regarding enthusiasm, patience, and more.

Just like the other movies in this list, ‘Surulere’ is loved by almost everyone who has watched it.

Currently, this movie is ranked as one of the top 10 Yoruba Movies Of All Time.

This movie really teaches a lesson to so many young ladies out there today.

It talks about the story of a young lady who believed that beauty is more important than intelligence and good behavior.

As the movie went on, she learned her lessons the hard way and changed her views about reality.

This movie really tells a lot, and it is very deep.

It is very popular, and it is loved by viewers across the nation.

With so many sales and continuous relevance in the industry to date, this movie is currently ranked as one of the top 10 Yoruba Movies Of All Time.

Timu Timu is ranked as one of the most interesting Yoruba Movies today.

This movie was widely accepted by all viewers around the nation who were opportune to watch it.

The movie talks about a beautiful wife who got herself caught up in deep sorrow all because she wasn’t able to bear a child for her husband.

The story progression of this movie is very professional and touching at the same time.

It features top Yoruba actors like Odunlade Adekola, Rose Odika, Kemi Afolabi, and a host of others.

This movie is a Hollywood blockbuster, and it is ranked as one of the best Yoruba Movies Of All Time.

On the sixth place in this list, we have Santo Alapata.

This is a movie that tells the story of Santo and his father who happened to be meat butchers.

In this movie, Santo’s father died a strange death while he was trying to get a meat butcher’s permit for his son Santo.

After the mysterious death of his father, Santo decided to prepare himself spiritually so that he will not be killed too.

However, as he began to command these spiritual powers, he began to do some strange things with them.

The storyline of this movie is very captivating, and the movie became a viral Yollywood movie once it was released.

This movie hits on the topic of gender inequality.

This is demonstrated in the movie by a father’s love for his children.

In the movie, this man clearly loved his son more than his daughter.

Through careful story progression, one can see how they solved this problem and learned the truth about life.

This movie is so meaningful, that it has helped to improve the family lives of so many people across the nation.

Talarole is currently ranked as one of the top 10 Yoruba Movies Of All time.

I’m sure most Yoruba movie lovers know this movie already.

Gangangan is a very popular movie amongst the Yoruba folk, and also across the nation.

The movie focuses on the question of whether one is supposed to be with a single partner for the rest of their lives.

Maybe it is better to look for another partner when you become unsatisfied with your current marriage?

You will find out the real answers to all these questions in this movie.

The movie is a verge meaningful movie.

Just like other Yoruba movies, Gangangan is deeply rooted in the Yoruba culture.

This movie is a Yollywood blockbuster, and it sits firmly as one of the best Yoruba Movies today.

Aroba is yet another movie that makes it here in the list of top 10 Yoruba Movies Of All Time.

This movie is one of the best love movies from Yollywood.

The movie talks about the romantic relationship between a young man and a lady.

It focuses on how they got to know each other better, and how they managed to grow their relationship to deeper intimacy.

Though this story has a similar background with most movies out there in Nigeria, it is deeply rooted in culture and it passes strong messages to viewers.

Although this movie is actually a Yoruba movie, it received a nationwide acceptance immediately after its release, making it one of the best Yoruba films ever.

Abimbola is one of the most famous Yoruba movies in the country today.

This is a very meaningful movie, and it passes a very strong message to viewers.

The movie actually talks about a woman, her sister, and her husband.

In the movie, a the woman seeks for the help of her sister in teaching her husband a lesson of his life.

At the beginning, everything went on smoothly.

However, at some point of the whole plan, her husband developed feelings for her sister and choosed her instead.

This movie is filled with so many unexpected and captivating scenes.

With such a wonderful story line and good production work, this movie sits firmly as one of the top 10 Yoruba Movies Of All time.

Moreover, this movie made huge sales all over the nation immediately after its release.

In first place, we have the movie ‘Ogboni’.

It is one of the best Yoruba movies of all time.

The movie actually talks about the story of a hard working labourer.

In this movie, he falls ill and discovers that he’d need a kidney transplant to continue living.

Due to lack of money, he finds it impossible to raise the cash needed for the transplant.

As the time went on, one of his old friends intruded in the whole problem, and offered complete help on the condition that he join the Ogboni cult.

This movie has a very strong and touching storyline.

Till date, it is ranked as one of the best Yoruba Movies Of All time.

These are the top 10 Yoruba Movies Of All time.

They are all very interesting to watch, and they pass long lasting messages to viewers.

Some of these movies have helped to improve the lives of viewers across the nation.

Can’t wait to watch these movies?

Most of these movies are actually hard to get from small retail stores today.

However, they can surely be purchased from major movie distributors in major cities across the nation.

Alternatively, they can be gotten online through major Nigerian streaming services.

Final Thoughts On The Best Yoruba Movies Of All Time

From the loads of texts up above, you can know see the top 10 Yoruba Movies Of All Time.

There are many more Yoruba movies that are not mentioned here.

You can feel free to mention them in the comment session below.

So far, we appreciate your time in here, and we do hope you subscribe to Thingstoknow.com.ng for more quality posts like this.