Check out the made in Nigeria phone that is trending

by Andrew Effiong
in News, Tech 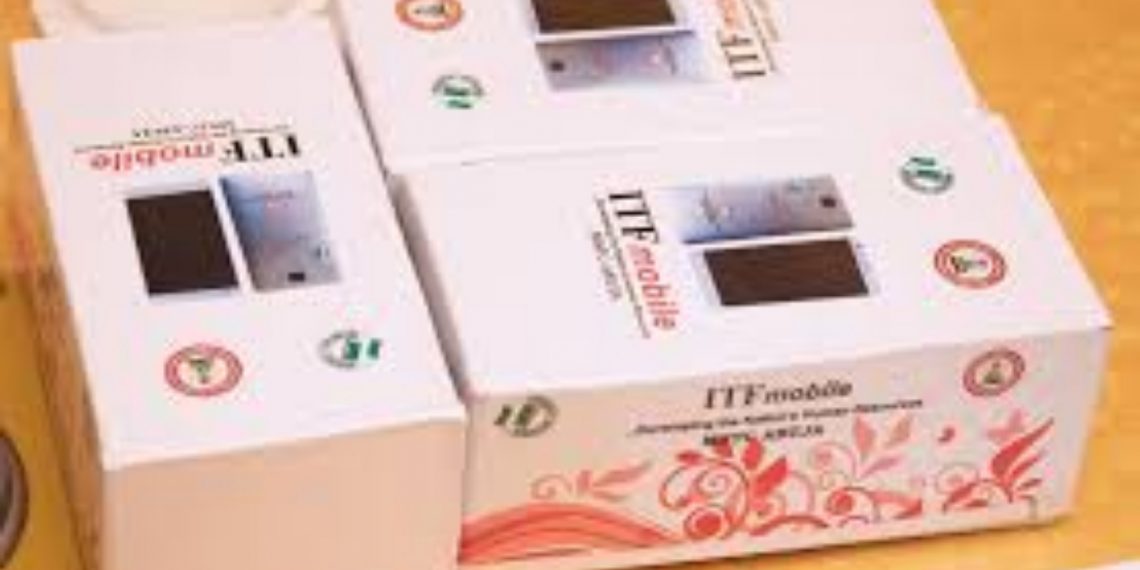 On Wednesday, June 10, internet users in Nigeria were thrilled with photos and news reports of the first made in Nigeria phone known as ITF mobile.

The phone was launched and a sample was handed over to President Muhammadu Buhari. Moreover, it was also stated that the phone was assembled by the ITF Model Skills Training Centre (MSTC), Abuja. And the most interesting part was that it produced with 100 percent locally sourced material.

Minister of Industry, Trade and Investment, Otunba Niyi Adebayo, presented the phones to the president just before the Federal Executive Meeting. He tagged it as the first ever to come out of the country.

Additionally, Adebayo explained that the phone was one of the 12 produced, using locally sourced components. And by the Electrical/Electronics Technology Department of the Model Skills Training Centre.(MSTC)

However, this claim made by Adebayo that the ITF mobile is the first made in Nigeria phone has been debated by many Nigerians. Some even say it not completely produced with locally sourced components.

What’s your view on this? Do you agree with the federal government that ITF mobile is the first made in Nigeria phone.

Also read: 5 cool things your Android phone can do

Is the ITF mobile the first made in Nigeria phone?

Before now, a good number of Nigerians have come up with different Made in Nigerian phones amongst which are; Solo Aspire 3, Ankara K2, and Plirisblazex-64. A little google search will give you an insight into this.

Solo Aspire 3 was manufactured by a Nigerian tech company named Solo. The company was formed in 2012 by a group of telecom professionals led by Tayo Ogundipe. Tayo Ogundipe is a Nigerian-born ex-senior global executive with HTC and Sony Ericsson.

The Ankara K2 smartphone was launched by a Nigerian device maker, Imose Mobile around early 2015. The smartphone comes in two colour variants of black and white and it also supports dual mini SIM.

Plirisblazex-64 smartphone was manufactured and released into the tech market in 2015 by Pliris Mobile Limited, a Nigerian tech company, founded by Oluwafemi Alade.

Also, on April 25 April 2017, The Guardian published a report stating the emergence of the first ever made-in-Nigeria phone by AfriOne.

Furthermore, it is indeed a “welcome development” to assemble a phone locally. It is a stepping stone for more innovations. This will create room for employment and equally boost our innovative ranking.