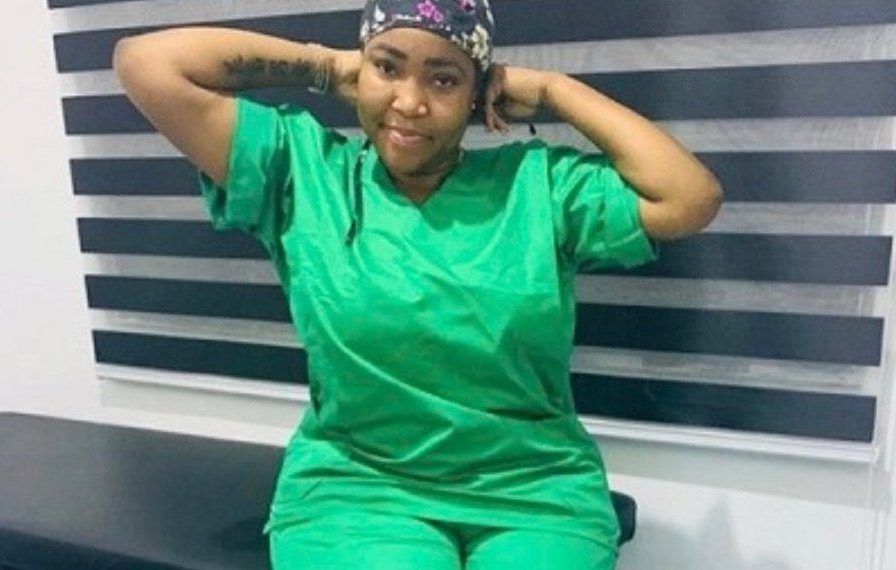 The client who’s yet unknown shared her sad tales on social media with photos of the infection and her badly damaged butt.

In a viral photos, the lady who claimed ignorance of Dr. Anu’s failed procedures with clients hinted that she had sought Anu’s services not knowing what awaited her.

The lady revealed that she’s based in New York and had visited Nigeria after 10 years. According to her, she decided to get body work and only got to know about Anu’s antecedents with clients.

The lady who cried out for help hinted that the procedure had left her with a fat necrosis infection.

She said, “Dr Anu has done it again o. She has been in Abuja doing surgery and giving them infection. Dr Anu gave me infection, fat necrosis. I’m dying in Abuja o. I live abroad, I live in New York. I didn’t know about Anu until I came down to Nigeria.”

“I haven’t been in Nigeria for 10 years. It was after the surgery that I started hearing things about her. For real, you don’t have to be harsh on me. I just started following you of recent.”

Recall last year, Dr. Anu was in the news after a client of hers died from a failure botched surgery in Lagos.

Dr. Anu was petitioned by LUTH. In July, 2020, and arraigned in court by the Federal Competition and Consumer Protection Commission, FCCPC, before Justice Mohammed Liman of the Federal High Court, Lagos after one Nneka’s death.

The decision has led to the suspension of Dr. Anu from the medical practice. Dr Olufunmilayo had shared the news.

She wrote: “Dr. Anu of Med Contour has now been suspended from the medical profession in Nigeria. Remember her viral story was all over social media when Omohtee said she ruined her buttocks. Dr Anu was alleged of also killing a beauty queen in 2018 who she did surgery on.

“She graduated from College of Medicine Unilag 2017. By December 2018 she carried out a Plastic Reconstructive Aesthetic Surgery procedure on a patient who developed complications and went on to die from the complications.

“She was a House Officer when she carried out the procedure. Her suspension is till further notice. It is pending the determination of the case by the Medical and Dental Practitioners Disciplinary Tribunal.”

Barely a year after suspension from the medical practice, Dr. Anu has again being called out for the same crime she was suspended for.

Since the news broke out, it has generated lot of blame on Twitter on the victim for not doing proper check before patronising Dr. Anu.

See some of the tweets below,