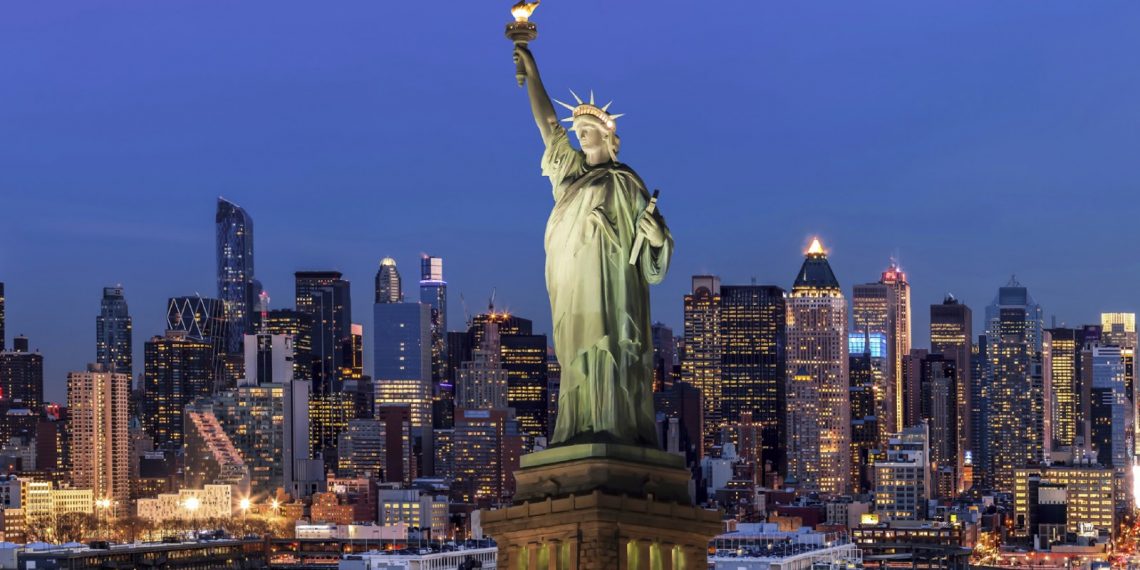 In this article, we are going to talk about the 10 most expensive cities to live in in the world right now.

The Economics Intelligence Unit (EIU) just revealed its latest worldwide ranking of the most expensive cities to live in for the year.

Nevertheless, the EIU is a Business Unit founded in 1946 with headquarters in London, England.

Its primary focus is forecasting, economic research, and analysis.

The current Managing Director of the EIU is Robin Bew who formerly served as the company’s Editorial Director and Chief Economist.

However, the global economic landscape could be very different this time next year.

But it is weirdly comforting to see some regular annual fixtures rolling out as usual especially in these turbulent times and with special surprises like Ndjamena (the capital of Chad) outranking cities like London, San Francisco etc.

The yardstick used in the ranking according to Mercer, a human resources consulting firm, is based on the price of 200 products and services.

The events of 2020 have changed the rankings significantly, with currency fluctuations making some cities climbing higher and others decelerating down the table.

This means that countries whose currency has been overperforming against the dollar tend to scale up the rankings.

Without much waste of time, let get to know the list of the 10 most expensive Cities to live-in in the world.

The 10 Most Expensive Cities to Live-in The World

With particularly strong links to the mainland of China and the rest of the Asia-Pacific region.

It is home to the second-highest number of living billionaires of any city in the world.

It also serves as the largest concentration of ultra-high-net-worth individuals of any city in the world.

According to the UN Human Development Index.

It is ranked fourth as a highly developed territory with the largest number of skyscrapers of any city in the world.

Currently, the city’s population is over 7 million.

The cost of living in Hong Kong is very high, this is because the property market in this region is overinflated to the highest degree.

Finding accommodation is, therefore, an expensive endeavor, and ex-pats here spend a high percentage of their salary on accommodation.

Notwithstanding, this has made Hong Kong the most expensive cities to live in the world

Ashgabat, formerly called Poltoratskbetween 1919 and 1927, is the capital and largest city of Turkmenistan surrounded by Ahal Province, home of many grandiose marble-clad buildings.

It is situated between the Karakum Desert and the Kopet Dag mountain range, about 19 miles from the Iranian frontier in central Asia.

Ashgabat was founded in 1881 as a Russian military fort and on the basis of an AhalTeke tribal village and made the Turkmen Soviet Socialist Republic in 1924.

Under the rulership of Saparmurat Niyazov, Ashgabat was rebuilt after being destroyed by the Ashgabat Earthquake in 1948.

Ashgabat is now an administrative, industrial, and cultural centre.

Since 2019, the city has been identified as having one of the highest costs of living in the world largely due to Turkmenistan’s inflation and import issues.

Ashgabat’s speedy rise to the top of the ranking is largely due to the economic problems facing the Turkmenistan government.

Tokyo, formerly called Edo city until (1868) is a city and the capital of Japan.

It is located at the head of Tokyo Bay on the Pacific coast of Japan’s main island of Honshu.

In addition to being the most populous prefecture of Japan, it is also the political and economic center of the country, as well as the seat of the Emperor of Japan and the national government.

By gross domestic product, Tokyo is the largest urban economy and is classified as an alpha+city by the Globalization and World Cities Research Network.

It outshines Yokohama, Kawasaki, and Chiba to claim Japan’s leading center of business, and finance.

Tokyo is home to the most expensive properties on the planet, as all realms of real estate – offices, shops, housing – compete for space in the metropolis.

In 2020, it was honor with the dubious award of being the third most expensive city to live in by ex-pat.

Zurich is the largest city in Switzerland and the capital of the Canton of Zurich.

Despite having a relatively small population, the city is home to many financial institutions and banking companies.

You can find many museums and art galleries in the city of Zurich, most notably the Swiss National Museum and Kunsthaus.

Schauspielhaus Zurich is regarded as one of the most important theaters in the German-speaking world.

Zurich is a fashionable city as well as a hotspot for an ex-pat, its efficient transportation system, unparallel healthcare, low crime rates, and Zurich sounds like a jackpot.

Living in Zurich is not a child’s play as you will have a whole lot of expenses and if you’re an ex-pat, you will have to shell out even more for taxes, license fees, and mandatory insurance premiums.

However, the good news is that all these potential stress-inducing expenses can be offset and balanced by a high salary rate and compensated by the overall quality of life in the city

The sovereign Island, officially called the Republic of Singapore, is a city-state in maritime Southeast Asia.

The history of Singapore can be traced back to the millennia.

But modern Singapore was founded by Sir Stamford Raffles in 1819 as a trading post of the British Empire.

Singapore has the second-highest GDP per capita (PPP) in the world and is ninth on UN Human Development Index, becoming one of the Four Asian Tigers based on external trade.

More so, it is ranked highly in major social indicators: education, healthcare, quality of life, personal safety, and housing.

In the area of housing, Singapore is a lovely ex-pat destination, offering a remarkable cultural mix, world-class amenities, great careers, and opportunities.

The standard of living is very high and life isn’t cheap as well.

Although there’s a 91% house ownership rate, expenses remain manageable, and a luxurious lifestyle is a no-go area if you less.

New York City or simply New York is the most populous city in the United States and is situated on one of the world’s largest natural harbors.

It is composed of five boroughs – Brooklyn, Queens, Manhattan, the Bronx, and Staten Island.

These were all consolidated into a single city – New York — in 1898.

It is the cultural, media and financial capital of the world.

New York City is home to the highest number of billionaires of any city in the world.

That’s in large part due to the city’s booming job market and that explains why the city is such an expensive one to live in.

The high cost of living starts with its crazy housing market as stated above.

New York is known for its wealthy residents, as a result, it is consistently ranked on the top 10 list of the most expensive cities to live in.

Shanghai is a showpiece of the booming economy of China.

With a population of 24.28 million, Shanghai is located on the southern estuary of the Yangtze, with the Huangpu River flowing through it.

As one of the four direct-administered municipalities of the People’s Republic of China.

It is under the direct administration of the State Council of China.

Shanghai is a global center for finance, manufacturing, technology, transportation and a primary commercial and financial hub of the Asia-Pacific region.

The port of Shanghai is the busiest in the world.

The cost of living in Shanghai is considered to be the highest in China and Seventh in the World according to Mercer.

Like always, there’s a wide variation in ex-pat budgets, tastes, and expenses which leads some to choose an economical lifestyle while others tend to live more extravagantly.

One can choose to take advantage of Shanghai’s luxuries and renowned nightlife or just live simply.

It’s simply a matter of choice

Bern or Berne is the capital of Switzerland.

It lies along a narrow loop of the Aare River in the west-central part of the country.

In addition to being the de facto capital of Switzerland, it is also the fifth-most populous city in Switzerland with a population of 144,000.

Bern was at one point in history – precisely 1528 — a scene of disputation between Roman Catholics and Reformers.

This led to its acceptance and subsequent championship of Protestant doctrines.

Bern is the headquarters of the international postal, telegraph, railway and copyright unions.

Bern city belongs to the top ten most expensive cities in the world.

Its cost of living outranks many major cities in the west.

This is however compensated as Switzerland boast of extremely high salaries to cover this cost.

Regardless of this, by deciding to live in Bern, you will most certainly have access to the highest life qualities in the world and a perfect living paradise for you and your family.

Geneva is a municipality and a global city in Switzerland; a financial center and due to the presence of numerous international organizations: Red Cross, itis a worldwide center for diplomacy.

Without being a capital of a country, Geneva is home to many important headquarters of international organizations

It is the capital of the Republic and Canton of Geneva and is regarded as a peace capital.

Geneva is a gorgeous city, one that’s filled with hills of chocolates, incredible history but as is the case throughout Switzerland.

The cost of living here is inescapably high.

It was ranked 9th out of the 209 most expensive city by Mercer.

Accommodation is the biggest challenge among others in Geneva.

Most ex-pats are lured to the city because of its attractive salary structure which most certainly should offset the expenses they’re likely to incur.

Beijing, previously known as Peking in Romandy is a city, province, and capital of the People’s Republic of China.

It is located in Northern China and is governed as a municipality under the direct administration of the State Council.

Beijing is China’s sprawling capital with a history dating as far back as 3 millennia retaining a wealth of historical sites, such as the Great Wall and Forbidden City.

Beijing is a global city and a world-leading center for culture, diplomacy, politics, economics, education, language, science, and technology.

With a population of over 21 million, Beijing is the billionaire’s capital of the world, the largest city in the world by population, and has been the political center of China for the past 8 centuries.

It is home to 91 outstanding universities, and a major hub got national highway, expressway, railway, and high-speed rail networks.

The cost of living in Beijing is on the same level with many European cities.

As the cultural and political center of China, Beijing is not far behind Shanghai in terms of living costs.

Although China is on a general term more affordable when compared to other great economic powers but living in Beijing is cheap.

Many ex-pats are usually attracted by lucrative salary packages and, therefore, expenses are not usually a concern.

Conclusion on Most Expensive Cities to Live-in in The World

Cost of living is the cost of lifestyle.

However, some people live lavishly, others prefer to keep on the low but regardless of which end of the spectrum an ex-pat ends up living on.

It is good to be informed on the basic cost of living before deciding which destination to take.

Let’s have your thoughts and opinions in the comment box below.