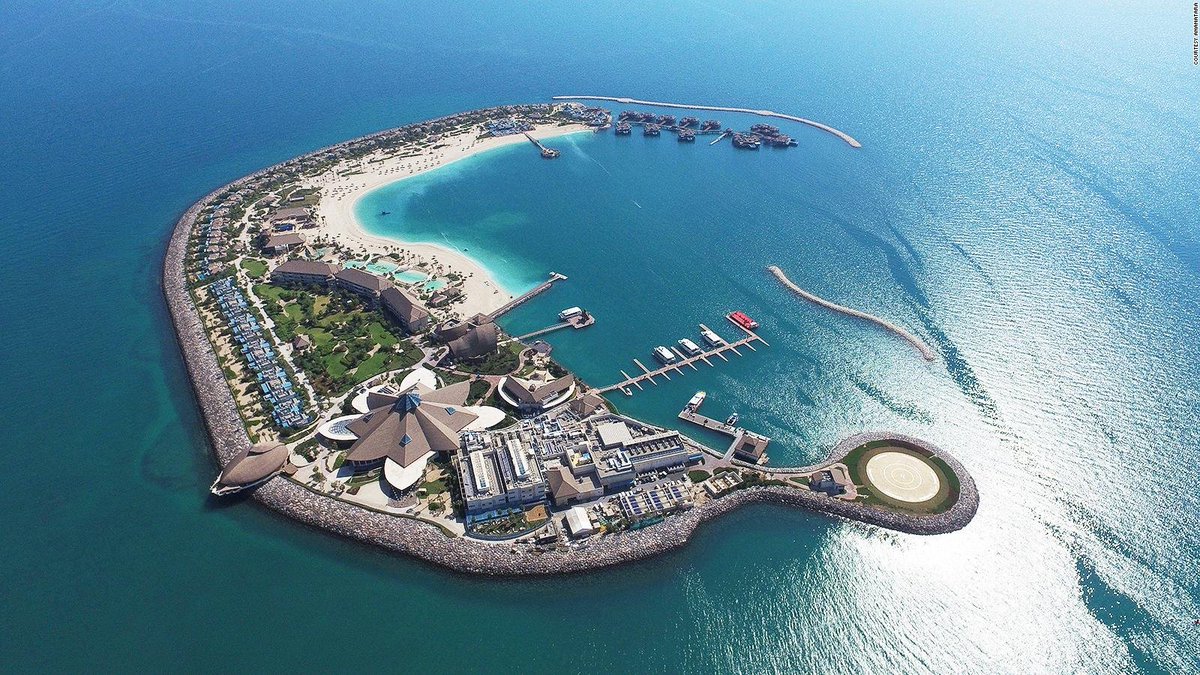 When talking about the most expensive place in Lagos, most people have their own opinion but this is the fact.

In this article, I will tell you the real most expensive place in Lagos and their cost of living.

However, Lagos was once the capital of Nigeria before moving to Abuja.

The Lagos city is always noted as once of the expensive city in Nigeria.

In addition, it is also the best place for doing business in Nigeria.

Besides, many Nigerian people and also even foreigners wish to understand this very hectic place.

You will know that Lagos is an enterprising facility of quality, where every dream is feasible.

Neither will you also admit that the state is also In tune with its popularity?

However, If you are planning to relocate to Lagos in terms of doing business or job.

You are urged to consider the state high cost of living and try to stay away from this most expensive place.

If you have the money to afford an apartment in these locations, then you are good to go.

But remember that everything in Lagos is money even the landlord is not left out.

However, many house owners still keep on increasing their house rent every year and the population keeps increasing.

But if in an instance, you prefer to obtain a comfortable home somewhere in the state.

This list of the top 10 most expensive places in Lagos will guide you.

Recommended: Business in Nigeria: 20 Most profitable Ones That Makes More Money

Ajah is located outside the Lagos city but most people are living in this area to work in various companies or run a business.

However, this area owns one of the most expensive properties in Lagos and the cost of living is high.

In fact, to rent a typical five-bedroom apartment in Ajah, you will need to pay between 1.5 to 2.5 million Naira.

If you prefer to buy a house, then you should budget from 100 million and above.

A piece of land is also sold for 60 million Naira within the Ajah neighborhood.

Surulere is one of the most expensive places in Lagos. You can live and work from this same vicinity.

The area is mostly known for business in Lagos because its located inside the Lagos mainland.

However, many individuals also live in this area because of its residential service to its inhabitants.

Surulere is mostly known to people but that was in the late nineties.

This expensive place is where you will find most of the movie actors and actresses living.

Besides, you can rent a 4-bedrooms apartment in Surulere for 1 Million Naira.

To buy a house in this area, you will need to budget from 250 Million Naira and above.

While a plot of land can be sold for 50 million Naira if it is still available.

Recommended: Planning to Work or Study in Germany? How to Avoid Church Tax

Ogudu is also an expensive place to stay in Lagos.

However, the cost of living in this area is high compared to other places in Lagos.

In fact, you will need to pay between N1.5 million Naira and above to occupied a three-bedroom apartment.

While a plot of land can be sold for 60 million and above with the Ogudu area and its neighborhood.

Magodo have two different places in Lagos but close to each area. There are Magodo Isheiri and Magodo Shangisha.

However, these expensive places are close to Ikeja Central Business Districts.

To access this area, you will need to use the Lagos-Ibadan expressway.

If you are looking forward to relocating to Lagos then you need to understand that these places are one of the most secure areas in Lagos.

Due to its security promise to its inhabitants, the area is one of the most expensive places in Lagos.

But not only security will you benefit from this area. You will also benefit from constant electricity, best infrastructures, and others.

However, traffic congestion is not left out in this area mostly in the morning, you will experience traffic during that hour due to many rushes for work.

Besides, most of the Nigerian celebrities are also residing in this area.

In fact, to rent a three-bedroom apartment in the Magodo, you will need to pay between N1.5 million and above.

A plot of land is also sold in Magodo for N70 million and above.

If you prefer to buy a house, then you should budget from 100 Million and above for a simple two-bedroom apartment.

Recommended: Travel Hacks: 20 Handpick tips that will blow your mind

This is one of the most expensive places in Lagos due to some business offices and commercial service in the area.

Victoria Island is where you will find the five-star hotel in Lagos, clubhouse, and shopping mall.

However, for you to rent a simple three-bedroom apartment in this expensive place, you need to budget between 2.5 million Naira and above.

A plot of land in Victoria Island can be sold for 100 million and above.

Besides, if you prefer to buy a house in one of the estates in this area or its neighborhood.

You should be prepared to offer N200 million and above for a decent already build three or four-bedroom duplex.

Recommended: The 10 Fun Facts About Nigeria that will surprise you

Ikoyi is the most wealthy neighborhood in Lagos.

However, it shares the boundary at the Northeast with Obalende and takes the Eastern fifty percent of Lagos Island.

In fact, most of its inhabitants are Nigerians’ Popular citizens with high-class of life.

Ikoyi is just one of the richest neighborhoods in Lagos.

Besides, this place was not as popular as Surulere back then in the Nineties.

But now, properties in this location are costly than what you might think.

However, to rent a three-bedroom apartment in the Ikoyi area, you will need to pay between N3.5 million and above depending on the facilities.

If you prefer to buy a house then you should budget from 250 million in this area.

Land can be sold for as costly as 150 million depending on its square meter.

The Ikoyi is close to the Banana island and close to some of the best estates in Lagos such as Dolphin Estate and Parkview Estate.

Recommended for You: Untapped Business Idea In Nigeria

Ikeja GRA is located in the Lagos mainland.

This area was to be only used as the Government residential area back then in the 1980s.

But due to its civilization, it is also associated with the most important commercial businesses in Lagos.

However, they are still some area in the Ikeja GRA that you do not find any commercial service.

This area has also become one of the most expensive places in Lagos due to its inhabitants.

In fact, most of the richest people and government officials are residing in the Ikeja GRA.

Besides, the area is close to Lagos Airport and some governmental administrative offices.

Some other prominent commercial businesses in this area are; Siliverbird cinemas, Maryland Mall and the popular Lagos Computer village.

If you are planning to live in Lagos then you need to understand that not all parts of the Ikeja GRA are expensive.

However, the Ikeja GRA is mostly secure and not that busy area as you might think about Lagos.

To rent a three-bedroom apartment in the Ikeja GRA can be from N3 million and above.

Besides, a plot of land can also be sold for N140 million and above.

If you will prefer to buy a house then you need to budget N400 million and above.

However, the Ikeja GRA (especially Isaac John street) are mostly experiencing traffic congestion at around 4 pm.

Lekki is one of the expensive places in Lagos, located in Lagos Island.

However, it is noted to be one of the fastest-growing areas in Lagos which house many of the Nigerian top celebrities house.

Besides, it is also one f the top secured areas in Lagos which can be the safest place to stay with your family.

Living in the area, you will have access to constant electricity, security personnel, treated water, and other infrastructures.

In addition, they are several estates within Lekki phase 1 which you can choose to rent.

Building in this area is; duplex, service apartments, small apartments, and luxury accommodation.

To rent a three-bedroom apartment in Lekki Phase 1, you will need to pay N5 million and above depending on the property.

A plot land can be sold for 300 million and above.

But if you prefer to buy a house, then you need to budget 500 million and above for a good house.

This most expensive place in Lagos was launched back on June 1, 2009, like a housing estate for both commercial and residential buildings.

However, Eko Atlantic is located in Victoria Island which was planned to be housing 300,000 residences with at less $6 billion to complete the project.

In fact, as of October 2019, the Eko Atlantic was said to be completing the phase 6 of the project and people have started living in the area since 2014.

Besides, the project is a privately funded project by the South Energyx Nigeria Limited which is a subsidiary of Chagoury Group of Companies.

You can watch this embedded video of the building.

In May 2019 according to PMNews, the US government has reported buying 1,000 heaters of land in Eko Atlantic to relocate their Consulate.

Recommended: Where is The Most Expensive Place in Abuja?

Banana island is the most expensive place in Lagos and in Nigeria.

The location is the premier neighborhood in Lagos and it was actually created as an island (artificial).

However, the location has a shape of a Banana and a restricted area for most individuals.

Rent in this location is very high to the extent that about 60% of property in Banana island is not occupied.

To rent a four-bedroom apartment in Banana Island is from N10 million to N15 million.

Payment is made in dollars if you which to buy a house, buy a property or rent an apartment.

If you prefer to buy a house then you should budget about N700 million ($1.9 million) and above for a three-bedroom duplex.

Besides an expensive place, it is a wealthy and multi-cultural environment.

This area has some of the most costly estates in Lagos as it houses several of the most expensive mansion in Nigeria.

However, It has among the highest possible thickness of millionaires within its limits.

In fact, It is home to the millionaires like; Mike Adenuga, Linda Ikeji, Saayu Dantala, Iyabo Obasanjo, and others.

However, it is a quiet place and the untainted environment is a major attraction as well.

In addition, its inhabitants are given world-class energies.

One of the most exceptional attributes of the island is the Ocean Ceremony Towers rising into the sky at 8 floors with a penthouse.

What do you think about this Top 10 Most Expensive Place in Lagos?