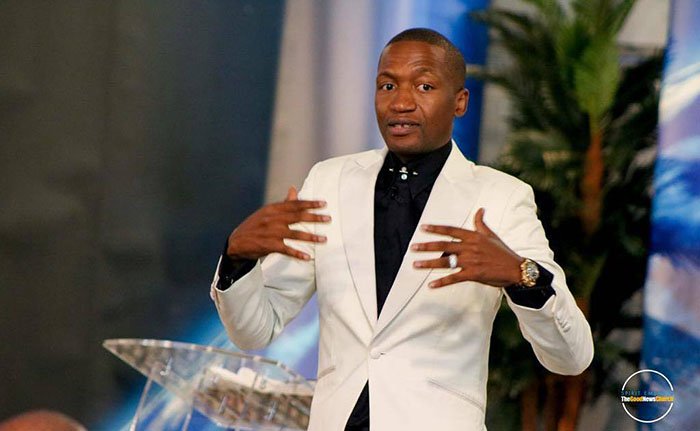 They are some powerful pastors in Africa that can influence society’s decision.

Most of those powerful pastors in Africa got thousands, if not millions of followers around Africa.

However, we are going to list those most powerful pastors in Africa.

The need for consistent guidance and influence to keep the people on the straight path can never be denied.

In this modern era of advancement, people have lost the right direction.

This spiritual guidance focus is to provide you with the right Christianity teaching, lectures, and valuable coaching.

These pastors devote themselves to the betterment and guidance for people.

That’s not the end, the moved ahead to influence people’s decisions by playing an important role to keep people directed and spirited.

What is the role of Pastor to the People?

In my own opinion, I think that the main purpose and intention of Pastors is to keep religion alive in the hearts of people.

Now, do you really think that pastors are actually performing this task? tell us in the comment box!

Besides, you can observe this from your own church and within your location.

We should see Pastors as the middle person between God and Man.

That doesn’t mean that you cannot pray to God and receive an answer without the pastor’s assistant.

However, respectable Pastors use different ways and means to keep people motivated and concerned in terms of religion.

They want to make strong bonding and connection between people and God.

However, they serve religion and spiritual ideas by spreading them between people and making people focused on the path.

If there were no Pastors, the people would have been lost under the dark light and would be far away from religion.

We all must appreciate and respect the exceptional efforts made by the Pastors.

They keep the religion alive in the heart of people.

This article is related to a spiritual and admirable perspective, in which we will talk about the powerful Pastors in Africa, who marked their names in history.

Check Out: Top 10 Highest-Paid Athletes In The World

Here is the list of the top 20 strongest and powerful pastors in Africa in 2021.

Lazarus is one of the influential and powerful pastors in Nigeria.

However, he led the Lord’s Chosen Charismatic Revival Movement which happens to be a church founded by him.

He led this movement and make many followers who receive his preaching.

Gabriel is an important and famous Nigerian Pastor who leds “The Apostolic Church Nigeria”.

He is among the powerful pastor in Africa with a large number of followers who spread and obey his teachings.

Tunde is a pastor of Latter Rain Assembly in Nigeria.

He is leading many religious assemblies and institutes that make people aware of the religion and the connection and bonding with God.

However, with this pastorial calling, he is among the most powerful pastors in Africa.

Bimbo was married to Taiwo Odukoya and happen to be one of the powerful female pastor in Africa.

However, she possesses a strong and influential personality which helps her to spread the teachings.

This female pastor is excelling in her speeches and lessons about religion, spirituality, and connection to God.

Her main aim is to make people believe the religion and to guide them in the best way.

Daniel is the founder of the Institute of Mountains of Fires and Miracles.

At this moment, Daniel has a large number of followers who admire and spread his words about religion and spirituality.

Daniel is included in the list of the most influential and strong preachers in Nigeria.

Moreover, he’s also included in the list of most powerful pastors in Africa with the aim of preaching to the people about religion and spirituality.

Taiwo is considered as a Pentecostal Pastor in Nigeria with an influential way of teaching that is admired and received by his followers in Africa.

He is the Senior Pastor of The Fountain of Life Church, which is situated in the city of Lagos, in Nigeria.

Besides, he has developed his church with a large number of followers in Nigeria and in entire Africa.

Not just that, his preaching and teaching are highly admired by his followers and believers.

David is a traditional preacher and the creator of Salvation Ministries.

He has been preaching and teaching about religion and connectivity with God, for many years.

David started his education career in Nigeria, then move ahead to establish an NGO for the teaching of Religion and nature.

Today, he is included in the list of best Pastors in Africa, who are having strong influence and reputation in this field of spirituality.

Matthew is the founder and leader of the Kingsway International Christian Centre.

The headquarter of this religious center is situated in London.

However, Matthew has been preaching and teaching the religious and spiritual lectures in his followers for many years.

At this moment, he is considered one of the powerful Pastors in Africa.

His followers made him achieve this rank and status.

Ray is the creator of the Rhema Bible Church.

He has been preaching and spreading the religious lessons and speeches for many years.

The head office of his Church is located in South Africa.

However, Ray McCauley is included among the popular pastors that are holding millions.

His efforts and devotion to religion make him recognizable in the world and praise his way of teaching and preaching.

T.B Joshua is the preacher and leader for many years.

He developed the Synagogue Church in 1987.

His teachings and lessons regarding spiritual ideas are not only recognized by Africa but also spread to other nations.

However, his style of teaching and leadership is considered an authentic and influential way.

His followers spread his lessons all over the world which make people praise and admire his teachings.

Shepherd Bushiri is considered as a Malawian Prophet.

He is active in religious reforms and led the meeting of ECG in Africa and served with devotion for christianity for many years.

However, he has a huge estimated net worth with massive followers around the Africa.

Moreover, he’s testify to be the youngest pastor in Africa.

His speeches and lessons are admired and acknowledged by his followers.

Samuel is the creator of the Celestial Church of Christ.

He has been influencing and preaching religious lessons and speeches for many years until his death.

His followers are from Nigeria and other parts of Africa that still believe in him.

William is an activist in religion and the founder of the institute of Deeper Christian Life Ministry, which is located in Nigeria.

He got his entire education from Nigeria and then he started preaching and spreading religious ideas.

William is having a great number of followers and admirers at this moment.

This number of followers obey and receive his teaching and preaching about religion and spirituality.

Alph Lukau is the founder and creator of Alleluia Ministries and one of the richest pastor in the continent of Africa.

He is pastoring and guiding people for many years.

His followers made him get this success and name in the list of pastors.

However, his ministry has many believers and followers who devote their cause for religion.

David is a famous pastor and leader of the Winner Chapel.

However, his speeches and lessons are followed by many citizens of Africa.

Nevertheless, his father was a Muslim preacher, and his mother was Christian.

Although he was raised by his grandmother who taught him about the religion of Christianity.

This interest was developed by his grandmother and then he proceeded it as a career.

He’s author of many Christianity books, mentors, and spiritual teachers to many people.

E. A Adeboye is enjoying the fame of being a soft-speaking preacher who teaches his followers in a soft and explained manner.

He was a Mathematician before being a preacher.

The list of his followers and admirers is huge.

These followers make him a millionaire and he’s included in the list of most famous and powerful Pastors in Africa.

He is preaching and making lessons about religion for many years.

Ayo Oritsejafor is a preacher and the founder of the Life Bible Church, whose branch is controlled in Nigeria.

His life is devoted to the creation of this church.

However, he is an activist and teacher whose religious teachings and preaching are recognized all over Africa.

His followers made him famous by supporting him and now he is one of the richest Pastor in the world.

Now we’re talking about this strong female pastor in Africa.

She is considered one of the best female influencers and preachers in Africa.

In addition, she possesses a unique and polite way of describing religion.

Having a mystical and curious tone, her followers like the way she explains and preaches.

At this moment, she is considered as one of the powerful female pastors in Africa.

Chris started preaching about religion at a very young age.

He created the Chris Embassy when he was in his graduation.

Chris is enjoying the fame of being the most polite and kind preacher.

He is having hundreds and thousands of followers who obey his lessons and teachings.

His polite and influencer style of teaching is loved and admired by all.

He is one of the richest and strong preachers of Nigeria.

His followers spread and apply his preaching of religion and consider him true and spiritual.

Prophet Uebert Angel is an activist and leader in religion.

He was the creator and former of the Good News Church, whose headquarter is situated in the United Kingdom, which was formerly known as the Spirit Embassy.

His church was founded in 2007 and he’s considered to be one of the richest and strongest Pastor in Africa.

He has been preaching and teaching about religion for many years with many followers.

His lessons and teachings are followed and recognized in the whole of Africa.

Conclusion on The Powerful Pastors in Africa

I believe this article has inform you about the top 20 poweful pastors in Africa.

After you have read this article to this point, it’s best said that Nigerian pastors dominate the list of top powerful and influencial pastors in Africa.

However, do you think the pastors on the list merit their position?

Let us know what you think about the most powerful pastor on this list which is Prophet Uebert Angel.

We are waiting to see your response down in the comment box below.

Please, if you love this article, consider sharing it with your friends on social media.