The world’s greatest hacker and how FBI caught him

by Andrew Effiong
in People, Stories 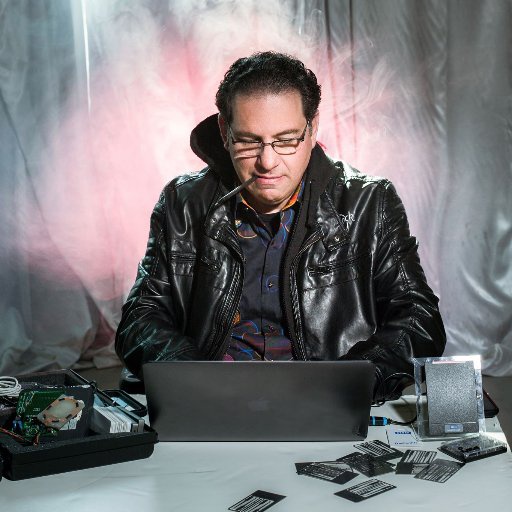 Kevin Mitnick is considered as one of the most wanted hackers of all time. He was once one of the FBI’s Most Wanted list for hacking into 40 major corporations just for the challenge. He hacked into telecommunications company just for kicks, toyed with the Society, riding busses for free, intercepting phone calls, manipulated a lot of things and of course gained unauthorized access to dozens of computer networks but he never hacked for money or did anything malicious. But with the sensitive data he uncovered, FBI wanted to find him so they could bring him to their side. See how the FBI where able to catch him.

Read also: See the 5 types of Hackers in the cyber world

Mitnick went through lots of tech exposures to make him the world’s greatest hacker. At a young age, Kevin Mitnick had something special about him. He’d always find ways to manipulate the system to get what he wanted. Back in 1975, while his school mates were paying for the bus he already found a way to hack Society. At that time Los Angeles used a punch card system every time you wanted to ride a bus so he managed to manipulate the system to ride the bus for free. After making the Los Angeles transit his slave he migrated to a new form of social hacking called “Phreaking”. Phreaking, otherwise known as phone phreaking, is the fraudulent manipulation of telephone signalling to make free phone calls.

As you have learnt, by now Kevin Mitnick was a talented youngster who find plenty of pleasure in manipulating systems. Though he could use his hacking abilities for all kinds of illegal activities, making fun was is primary objective. Let’s take a look at his early years and see how he learnt these nifty hacks in the first place.

Kevin Mitnick was born in Van Nuys, which isn’t too far from Hollywood. He attended James Monroe High School during which he became an amateur radio operator. His experience in the radio room is what helped him understand how electronic wavelength and signals worked. The radio room also gave him access to computers and softwares. Even ones that majority of teenagers in the world haven’t even heard of. And as technology advanced so did his skills.

In 1979 when he was just 16 years old that he gained his first unauthorized access to a computer network. The network belonged to a company called “Digital Equipment Corporation”. He broke into their system and copied the company’s software. At another time, he and his friend Luis hacked a Telephone company and was able to intercept calls. However unknown to him his friend, Luis told another friend and that friend ratted him out to the police.

After that, one would think he had learnt his lesson but no he did not. Once he was released from prison, he dived back to the hacking pool. Hacking the NSA and listening into people’s conversations was his next project.

More big games and for the world’s greatest hacker

During 1981, his hacking journeys was what really justify him as the world’s greatest hacker. He and his friend hacked into Cosmos (Computer System for Mainframe Operations) company Pacific Bell. ost US phone companies uses this database to control logging calls. They obtained the list of security keys, and manuals of COSMOS system, among other things. He said the stolen by Mitnick and his friends had a value equivalent to 170,000 euros. After his mission was accomplished, he ended up being caught because his friend turned him in.

In 1987, he hacked into “Digital Equipment Corporation”(the previous company he hacked). But this time, not because of fun. He had a goal in mind which was “To seize the source code of a particular operating system”.

Mitnick was finally released in 2000 after spending almost five years in federal prison. He was paroled until January 2003, where the investigating judge in the case. Mariana Pfaelzer forbade Mitnick acceder to any type of computer, mobile phone, television, or any electronic device that could connect to the Internet, which your computer abstinence also accompanied him during the three years after their release from prison.

Following his release in 2007, Kevin met a fork on-the-road. He could either continue to the road he was going (hacking into computer, stealing information, making mockery of the government) or he could put his talents to good use. So he decided to work for the FBI.

The FBI was aware that despite his easy access to credit cards, Social security number, and proprietary software, he never spent a dime of other people’s money. Credibility was key for his shift from the dark side to the Light side.

He is no longer the feared hacker but he now works as a paid security consultant, public speaker and author. He currently run his own consultancy business and he offers security consultancy to over 500 companies. This also includesthe FBI, performing a number of security testing services for them. Despite hundreds of hacks he orchestrated, his primary objective was just to have fun. He said in his own words “I never meant doing this to harm anybody, I was just having fun. I was being the magician by breaking the system and getting the code.