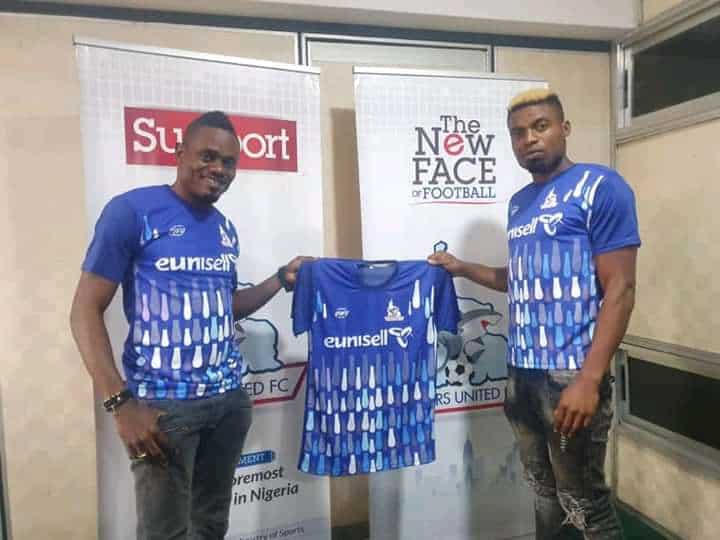 The highest paid Nigerian professional league players are the aces who earned the most in a particular team. They have represented the country at the international level. Though there is no transparency in the players transfers in the domestic leagues.

The League Management Company (LMC) wages standard is N150, 000. Most clubs have failed to abide with the rule. Players still earn as low as N50,000 which below LMC standard.

Rivers United goalkeeper Theophilus Afelokhai, is one of the highest paid player in NPFL. He earned a whooping N1.2 million naira per month. He left Enyimba last season after wages dispute. The 31-year-old was earning N850k per month in Enyimba but he demanded for a per rise before the kick off of the 2020 but Enyimba turned him down. He moved to rival Rivers United who were ready to cash in.

Theophilus stared his career from lowest league side before joinng Kano Pillars. He joined Enyimba in 2015.

He is regarded as the best defender in the league.

No surprise he is the highest paid defender, after six seasons at Enyimba, he moved to Rivers United following wages dispute. The 29-year-old earn N1 million naira per month in Rivers United.

The 40-yesr-old is the most pronounced name in the Nigerian Professional Football League having spend over 10 seasons in Kano Pillars. Despite Ahmed Musa’s arrival, he earned N1.5 million per month.

To a top flight league, comprising of 20 teams.

Of the founding members of the league, only Enyimba, Kano Pillars, Enugu Rangers and Iwuanyanwu Nationale (Heartland) are currently in the topflight three decades later.

Enyimba remained the most successful club with 8 domestic league titles.