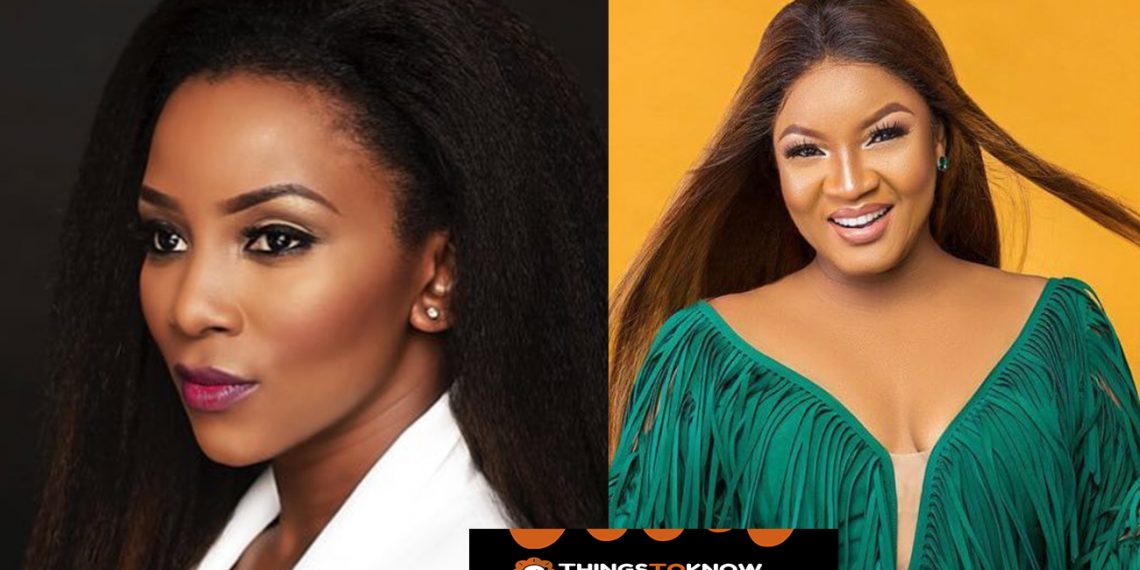 In the Nigerian film industry, Nollywood is one industry that has an abundance of talented actresses, and here’s our list of the Top 10 Best Nollywood Actresses of All Time.

Tonto Charity Dikeh is a Nigerian actress, singer, songwriter, and humanitarian. In 2000, she set up a foundation to cater to the needs of underprivileged children, young girls, youths, and women.

Tonto Dikeh is still actively performing in the movie industry and this has been so since 2006.

She is currently 36 years old and is from Obio-Akpor LGA in Rivers State, Nigeria.

Liz Benson is a Nigerian actress, a television personality and a philanthropist. She was born on April 5, 1966.

Liz Benson was born in Etinan, Akwa Ibom State, and attended Sylvania State College, United States of America. She obtained a degree in Dramatic Arts from the school.

World Apart is one of her most popular movies. She is currently an evangelist and has been doing the work of the Lord with her husband who is also in the field.

Rita Dominic is one of Nigeria’s flamboyant actresses in the movie industry.

She was born on July 12, 1975. Rita Dominic is an award-winning actress and is currently a GLO Ambassador. She has been said to be one of the highest-paid actresses in Nollywood.

Rita Dominic is on our Top 10 Best Nollywood Actresses of All Time list because she has paid her dues in the industry.

Aside from acting, she is also a producer, a model, a television personality, an investor, and a philanthropist.

Genevieve Nnaji is a Nigerian actress, producer, and director. She is active in the Nollywood movie industry and has been so since 1987.

She has starred in so many movies and has received awards and recognition for her contributions to the industry.

Genevieve Nnaji won the African Movie Academy Award for Best Actress in a Leading Role in 2005. Her movie, Lion Heart, is the first film to be submitted to the Oscars by Nigeria.

Omotola Jalade Ekeinde stands out in a class of her own as one of the Top 10 Best Nollywood Actresses of All Times. She is an actress, a singer, a philanthropist and a model.

Omo sexy, as she is also called, was born on February 7, 1978, in Lagos State. She had her first acting role in 1995 in the movie Venom of Justice.

Since then, she has been a star in and featured in countless movies. Omotola is doubtless one of the finest actresses Nollywood can boast of.

Ini Edo was born on April 23, 1882. She is a Nigerian actress and an award-winning actress as well. Ini Edo is from Akwa Ibom State, Nigeria and began her acting career in 2003.

You May Also Like: Top 10 Best Ibibio Movies Of All Time

She is one of Nigeria’s most popular actresses and people love her for her energetic screen performances.

Patience Ozokwor is a Nigerian actress, fashion designer, and singer. She was born on September 14, 1958, at Ngwo.

Patience Ozokwor is also popularly known as Mama G. She has been active in the industry since 1999.

Patience Ozokwor has several accolades and awards to her name.

When we mention the Top 10 Best Nollywood Actresses of All Times and not include the drama queen herself, we err a great deal (on a lighter note).

Mercy Johnson was born on August 28, 1984. She hails from Okene, Kogi State, Nigeria. Mercy grew up and schooled in Lagos and Port Harcourt.

She started her acting career immediately after secondary school and she has been active since then till date.

Mercy Johnson has a number of awards with her name on them.

Growing up, I remember watching with so much joy and eagerness whenever I see her in a movie. Stephanie’s name sits comfortably on our list of Top 10 Best Nollywood Actresses of All Times.

Stephanie started starring in movies while she was a teenager. She has since then been starred in many other movies.

Stephanie Okereke has received awards, nominations, and recognitions for her contribution to the industry and society in general.

Uche Jumbo was born on December 28, 1979. She hails from Abia State and has been acting since childhood in their church drama group.

Uche Jumbo is one of our Top 10 Best Nollywood Actresses of All Times. She is not just an actress, she is also a screenwriter, an executive producer and a director.

Uche has been active in the movie industry since 1999.