Ghosted: What it means and how to deal with it! 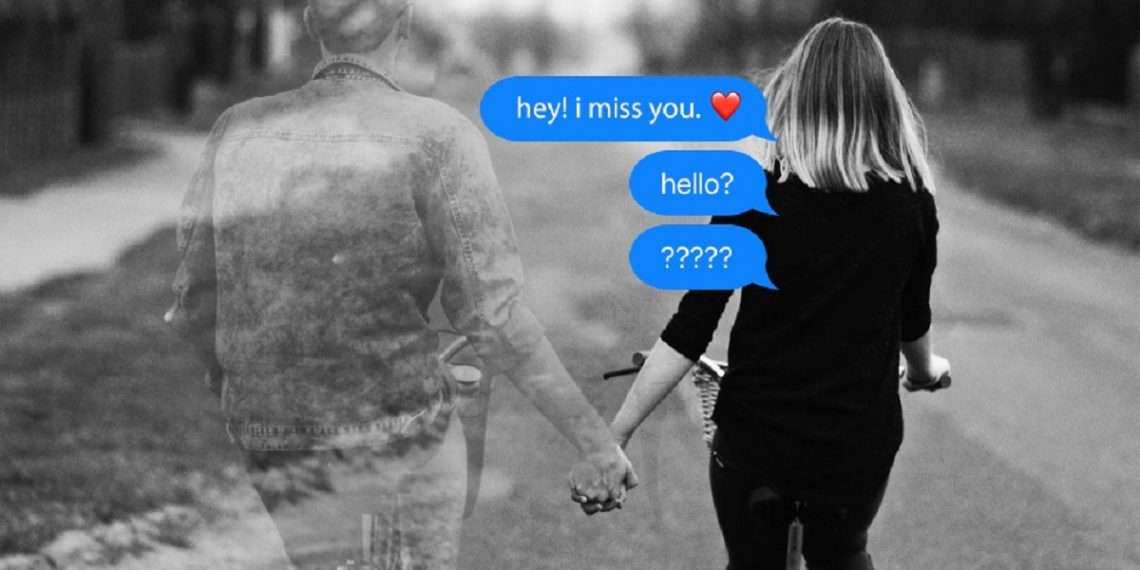 Ever had an experience where someone simply disappears, and they stop calling you or replying to your texts? Just when you think the other person cares, their actions show the opposite. How can you tell if you really being ghosted?

Ghosting is a colloquial term that describes the practice of ending all communication and contact with a partner, friend, or similar individual without any apparent warning or justification and subsequently ignoring any attempts to reach out or communication made by said person. – Wikipedia

Being ghosted by someone you’re interested in can be very painful. It hurts a lot to see someone being indifferent towards you. This applies to anyone not solely someone you were dating. Moreover, it can really affect your confidence, especially if it has happened to you more than once.

On the other side, Ghosting is an OK thing to do, and it might be even a good idea in some situations. A great example that comes to mind is if you are having suspicions that the person you’re talking to online is a catfisher and is using a fake profile on their dating app or social media profile.

But why would someone ghost you?

Very often people ghost because they want to avoid having a confrontation and hurting the ghostee’s feelings. While it makes sense that someone would ghost if they felt their safety was at risk, the other explanations could reasonably be chalked up to lacking empathy or just not caring about the other person in the relationship.

Sometimes it’s about protecting feelings—theirs and yours

some people ghost because they don’t want to be hurt. Often it’s because they were hurt themselves in some kind of relationship. And so in order to protect themselves from being hurt, they just disconnect when they’ve decided that they’re going to end things; in other words, they just ghost.

If you’ve been ghosted, It’s not your fault!

Sadly, it’s not just the person who is ghosted that needs to recover from the experience. Ghosting can also have long-term negative ramifications for the person who left, particularly if they end up in a pattern where they repeat the behavior over and over. If you don’t learn to confront your own feelings and the other person’s feelings, and then dialogue about both, you may never really gain the long-term connection and relationship that you want.

Ever been ghosted? Here’s how to deal with it.

So what do you do when someone ghosts you? How can you get over being ghosted by someone you care about? Here are some tips.

The first thing you should keep in mind when being ghosted is not to overreact. So, how to respond to ghosting, you may ask? You have to approach it in a calm, more mature manner, instead of blowing up the person’s phone with messages.

First things first, you should find out if you’re actually being ghosted. Has it only been a few hours since the other person stopped responding? Maybe they’re just busy, or there’s an emergency they have to deal with first. We may not be speaking of ghosting in this situation. If it’s been a few days, then there’s a chance of it being ghosting. Just don’t freak out and first try to analyze the situation.

Related: Relationship: How to reset your marriage in 5 ways!

Get rid of them on social media

If he/she didn’t think you deserved an explanation as to why they no longer want to talk to you, then they don’t deserve an explanation when you block them right back. Cease all ways of contact with this person, and then you can start to truly focus on other things, such as moving on and looking for someone better and more deserving of your time and affection.

Let it out, Let them know…

You could call the other person in a different line. This is one of the best things to do. If there’s any way for you to still send a message to him/her, you could tell them that you know what they’re doing and that it’s a cowardly move. You shouldn’t do this in hopes of a response, but rather simply get it off your chest. It will feel so much better confidently saying that you can see right through them.

Spend some time with your loved ones

When someone ghosts you, your self-esteem may take a blow, and you may start to think that something’s wrong with you. You may even wonder if everyone else thinks this too. However, spending some time with your friends or family could send all these negative thoughts away and show you that you have people who love you for who you are. Additionally, spending time with the people you love is an easy distraction. And, over time, it will make you forget about the undeserving person who ghosted you.

It’s okay to be sober for a while

You probably cared a lot about this person, so even if you’re getting rid of everything related to them, it will still hurt to let go. It’s okay to spend some time grieving the end of the relationship. During this time, don’t run from your emotions – allow yourself to feel sad. If necessary, you could settle for a plate of ice cream while watching Netflix and crying. It’s essential for your recovery.

Buckle up and let it go!

This person was not the one for you, so there’s no need to be obsessed over what happened. Although you need to go through each step of the recovery process, you must remember that he/she was not the right person and that there’s plenty of fish in the sea. The right person will never run away from you. Let them go and look towards what the future will bring.