The 10 Fun Facts About Nigeria that will surprise you 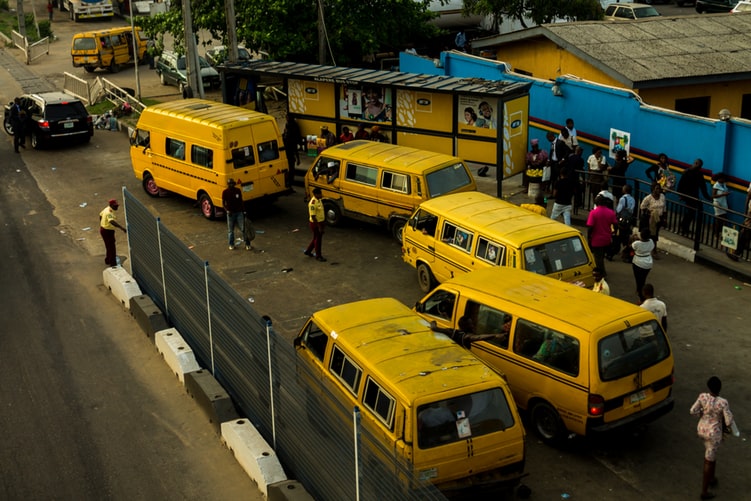 I have written this article in such a way you will love it. I am talking about the 10 fun facts about Nigeria that will surprise you.

Many people in the country have experienced major turn-around in both business and education.

The country is advancing every day as many entrepreneurs are creating business and investing in more innovative skills.

However, other people outside the country are regarding this nation has a crime base state.

Nevertheless, the country experiences crime has other countries do and a high level of unemployment.

The nation is widely known for crude oil production as well as the exportation of goods.

Many Nigerians go a long way to ensure that the country is one of the best in Africa.

Now let me tell you the 10 Fun Facts About Nigeria that will surprise you!

If you are from this country be proud!

The country (Nigeria) is the highest oil-producing country in Africa and the 10th largest petroleum producer in the world.

Not only with that!

This has also made the country to remain the 10th most proven oil state in the world.

With Oil production, the country has been able to cover about 85% of the country’s economy and government revenue.

Most of the states in this country that produce the highest percentage of these crude oils are Akwa Ibom, Delta, Rivers, and Cross Rivers.

This has also made Akwa Ibom and Delta state the highest-paid state on FG shared.

2. The Highest Populated Country in Africa.

Nigerian is the most populated country in Africa with over 196 million citizens according to the last census result.

This is one of the best fun facts about Nigeria.

The same population has made the country to rank as the 8th most populated country in the world.

Nigeria also has over a landmass of 360, 000sq/m( outside water as well as delta occupants).

However, this country is leading Ethiopia with 110 million population. This is actually more than double of the Ethiopian population.

In order words, the Lagos state occupied the highest size of the population.

Lagos is the financial center of the nation. Although it isn’t the Federal Capital Territory (FCT).

A lot of organizations, producing companies, as well as businesses, have their head office in Lagos. This is highly influenced by distance to the Lagos Port.

The country’s capital is Abuja.

One of the surprising fun facts about Nigeria is that the country has over 300 tribes distributed in the 6 geopolitical zones of the country.

English remains the main language of the country with other 520 languages.

However, the country is discovering more languages with an introduction to Nigerian Pidgin.

The Nigerian Pidgin is introduced by the citizens and even feature on BBC news. But this language is not yet an official language in the world data.

In order word, the most popular tribe in Nigeria are Igbo, Yoruba, Hausa, and Efik/Ibibio.

Another fun fact about Nigeria is that they believe too much in religion than other countries.

Their main religious groups are Muslim and Christianity. This also makes the country to experience high diversity (Boko Haram insurgency).

Christianity happens to only dominate in the south while Muslims dominate the North.

In additional, More churches are built closely to each other with Abia state having the highest populated churches in the country.

This has also made the Christian experience a little percentage of love from their fellow believers other than the Muslims.

Before I forget, there is one other religious believes by the citizens that seem to amaze me. That is African Traditional (Native doctor, ancestors, Efot and Ekpo and other names that best describe).

Now leaders have utilized this as a device to keep Nigerians in enslavement.

So rather than proactively using reasoning as well as examine the actions of leaders as well as hold them answerable for their actions.

Nigerian Clerics are the wealthiest on the globe, yet their fans and congregations reside in scantiness and also lack access to fundamental facilities and infrastructures.

5.One of the Best place for Arts, Foods, and Tourism.

Nigeria has more arts and vacationers tourist attraction in all components of the country, from art museums in Ife, “slavers bay” in Badagry and Calabar and Obudu cattle ranch.

The Calabar Carnival is one of the Nigeria celebrations that always love to attain.

The brand-new yam celebrations in the south as well as not to fail to remember the famous Bini realm arts, Nok society to attractive rocks, hillsides, plains, and landscapes,

You could take part in the fishing festivals, Kajuru castle.

Most of the places of high social as well as historical significance are in the North.

Every tribe has its strange traditional meals and delicacies, the Nigerian Jollof, Ewa-agonyin, Pounded Yam and Egusi, isi-ewu, Afang Soup, catfish pepper soup, and Banga soup are all a treat if you ever before check out Nigeria.

The country also have one of the biggest butterflies in the Cross River State. This is actually in Calabar the state capital close to where they have their forest.

One of the fun things about Nigeria is its biggest river called the River Niger.

The river niger remains the largest river in Africa which covers about 2,600 miles of the country.

The river border is with Niger, Mali and Benin republic.

In Nigeria, the education system is not that improved.

If I want to rate them in a percentage I would say 45% of the world’s educational systems.

In order words, most of the Nigerian is actually looking for an institution in Europe to actually learn what they want in life.

According to the Google Data; Nigeria is the fifth most search country for the term “scholarship”.

Some Nigerian love education because they know the value of it. To some people, there say school is worthless because of the worst Nigerian system of studying.

Thanks to the private Nursery and Primary schools in Nigeria. They have really developed the world standard.

Many of the Nigerian Private schools are using the US and Canada curriculum in teaching Nigerian pupils.

However, the Territory institutions in Nigeria are rubbish. This has made Nigerian be the highest African country in US Institutions.

In Ogun State, these people have over nine Universities out of the thirty-six states in the country. This state has also become the highest Sates with Universities in Nigeria.

The Nigerian Film industry is one of the fun facts about Nigeria. They are among the best created on the mainland with premiers in the USA and UK.

Some of the Nigerian movies are presently being included on worldwide stages like Netflix.

The Nigerian film industry, affectionately called “Nollywood” is the second-greatest maker of movies on the planet, beating the United States and trailing simply behind India.

The Nollywood business is esteemed at more than $5 billion per annum revenue.

If you want to mention the film industry in the world, then you will start with Bollywood, Nollywood, and Hollywood.

According to a source: The Nigerian Movie industry release over 200 movies every week and over 700,000 copies are sold per day.

Nigerians are totally hardworking. I mean it!

Nigerian are Smart and most intelligence individuals in the world. We have covered all the necessary areas in technology, innovation, business and otherwise.

If you want to start a business in Nigeria then the busiest city in the world (Lagos) is waiting for you.

Lagos is known to be one of the busiest cities in the world with 21 million in total population according to the National Population Commission of Nigeria in 2016.

List of achievement base on the country hard work

Nigerian is extremely insightful and have the “no nourishment for lethargic man” mindset.

In Education, they exceed expectations in order to possess top positions in government and create wealth.

Nigeria has the most educated people in different nations also and anyplace a Nigerian discovers him/herself, they endeavor to be better.

The funny fact about this country Nigeria is corruption and insecurity But not the way you think.

Leaders even use this in the election campaign to gain inside of the people’s minds.

But never provide any improvement to the citizens.

If you are from Nigeria and have traveled out a bite, then you will know that Nigeria is not that insecure as other countries.

The country was terrified back then when Boko Haram was rapid.

First, let me talk about the corruption aspect of the country.

In Nigeria the Leaders steal assets implied for the nation, it’s kin and their age.

If they found that any leader is embezzling funds, then the Economic and Financial Crimes Commission (EFCC) will investigate.

This happens only when the leader is an opposition to the National rulership.

But if the political leader is on the same side; No investigation!

For Insecurity; Known about Boko Haram? A part of ISIS in Nigeria.

They captured school girl in the North or between ethnic, religious emergency, which has caused the loss of lives and in the south; cultism is enduring fermenting strife and emergency.

Indeed, even with every one of the issues of insurrection and the infrequent turmoil, Nigeria is as yet an exceptionally protected place to live and work.

Very hard to see a Nigerian with private ownership of guns except during the election time cultist will be embrace by Political leaders.

Not like other countries, the Nigerian leadership enslavement in increasing. Soon to reach my first five lists. Am serious!

Normal Nigeria is recognized first with the place where he grew up or town before Nigeria as a nation.

In-School, your condition of the source must be in the said “catchment territories” before you’re conceded despite the fact that you’re qualified.

In looking for Jobs, Executive officers or interviewers will try to first consider which part of the country are you from, who do you have in the company and gender inequality.

However, even in relationships and marriage of a thing.

The Parent from the East just needs their children to wed from the places where they grew up.

The same goes for different areas since they’ve held convictions and generalizations gone down from age to age about a specific clan.

In decisions, The more qualified applicants are overlooked and baffled in the event that they are not from certain prevailing or lion’s share clans good to other people.

The awkward ones are put in initiative positions since “he’s from the place where I grew up”.

How Old is Nigeria?

Actually, Nigeria has a Nation that is 106 years from its colonial slave/country under England.

However, the country was united of Southern and Northern Nigeria in 1914, the become independent in 1960 and turned into a republic in 1963.

Subsequently, Nigeria is authoritatively going to be 60 years of age on October 1st this year (2020).

More data about Nigerian History can be gotten from here.

Nigeria is my country and is proud of it.

Apart from some of the problems we are facing which is corruption and insecurity.

I love being part of this country because it exposes me to more educational achievement.

My own best pick fun facts Nigeria is Hardworking, Highest Populated Country in Africa and Home of Nollywood.

How about you? What are the best fun facts you would love to share with us about Nigeria?

References: Buzznigeria.com (Nigeria facts) – https://buzznigeria.com/nigeria-facts/ and Quora (What are 10 things to know about Nigeria?) – https://www.quora.com/What-are-10-things-to-know-about-Nigeria.