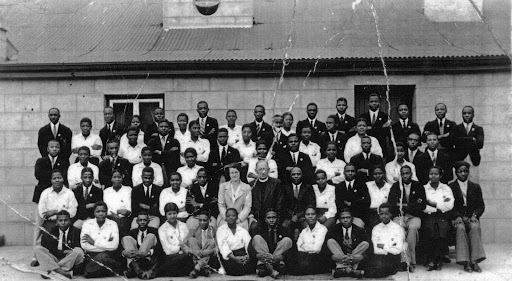 Want to know who the top 10 Richest missionaries in South Africa are?

That is what you will find in this post.

But before that, let us give a brief introduction on who a missionary is.

Who is a Missionary?

A missionary is someone who embarks on a mission to promote the Christian religion in a foreign land or country.

Missionaries were early explorers who came into Africa to evangelize and educate the then primitive people of Africa about the word of God, and civilization.

These people brought Christianity to Africa.

However, there are a few arguments that the missionaries helped Africans to lose their cultural identity, and also increased nationalism.

These people moved to different geographical zones in Africa to educate the locals.

In this piece, we are going to see the top 10 missionaries in South Africa.

Without taking too much of your time;

Find below some of the best Christian missionaries who ever graced the Christian world in South Africa.

These people are no ordinary men.

They took the word of God to a whole new level, and they are well recognized all over the world for it.

Truth be told, it is not an easy task to leave your family and friends for a faraway land.

But these men did that, all for the love of God’s work.

Now, let us explore the list of top 10 missionaries in South Africa.

Henry Callaway was a missionary who used to work for the church of England.

He was also the Bishop of St. John’s in the province Church of Southern Africa.

He was ordained in 1855 by John William Colenso, to be a priest.

When he passed out from college, he developed interest in missionary work.

In 1854, John Colenso ordained him as a deacon.

Soon after that, he embarked on a mission to Africa.

After being ordained in 1855, he was also made the Rector of St. Andrew’s Church.

He is one of the all-time greatest Anglican missionaries of South Africa, and his impact still plays a major role in the South African Christian world today.

Check Out: 50 Most Popular Women on the Web According to Google.

Edmond Smyth is one missionary who will never be forgotten in the Anglican world in both South Africa and England.

He had his education at the Eton and King’s College of the famous Cambridge.

In 1882, he was made a deacon at the Ely Cathedral, after which he was ordained as a priest the following year.

A few years after his ordination as priest, Edmond was made the Bishop of Zululand.

Between the years 1889 to 1892, he remained a missionary and teacher of theology at Isandhlwana.

After this, he was made an Episcopate, and he became the first Bishop of Lebombo.

Nevertheless, after much work in the Christian world as a Bishop and missionary, he was then retired in 1912.

Prior to his retirement, he became a warden for the Anglican Hostel in South African Native College.

This same college is now the modern University of Fort Hare.

Today, he is still considered to be one of the greatest missionaries in South Africa.

He headed the Roman Catholic Church of South Africa.

Before his death on the 31st of January 2012, he was the oldest Bishop of the Roman Catholic congregation.

He is said to be one of the best Roman Catholic missionaries that ever headed the congregation.

His works can still be seen in the Roman Catholic congregation of South Africa today.

Born in January 1929, Fritz Lobinger is a German priest of the Catholic Church.

He carried out missionary works in South Africa when he headed the Lumko Missiological Institute.

While doing his missionary work, he developed the concepts of small Christian villages and bible sharing.

During his early days, he was Ordained as a priest in Regensburg.

As a passionate missionary, Fritzer embarked on a mission to evangelize the word of God to foreign lands.

He did this alongside people like Oswald Hirmer and Hubert Bucher.

All three of them spent their lives in South Africa, and they all became Bishops.

Joseph Gerard was a French priest in the Roman Catholic, and also a part of the Missionary Oblates of Mary.

He carried out missionary works in Lesotho and also the free state province all in South Africa.

Joseph is regarded as a missionary who played a very vital role during his time.

He was so hardworking, that he was active in missionary work even a month before his death.

Today, he is said to be one of the best missionaries who ever graced the field in the Roman catholic world of South Africa.

Born on the 4th of April 1927, John Richard Clarke is one of the greatest missionaries of South Africa today.

often shortened as the LDS Church.

He is also a member of the presiding bishopric and a part of the famous Presidency of the seventy.

His works have impacted positively in the lives of so many, and he is said to be one of the best in South Africa.

Adam M Duncan was a part of the Utah state legislature.

He was also a very good and famous attorney and civil rights head in Utah.

While he was still a young man, he served in the church of Jesus Christ of Latter-day Saints of South Africa.

Through his missionary works and civil rights initiatives, he is regarded as one of the best missionaries in South Africa.

Although E. Dale Lebaron was born in Canada, he decided to evangelize the word of God in faraway South Africa.

Young Lebaron served as a missionary between the years of 1955-1958.

In addition to that, he served in both Zimbabwe and South Africa.

Dele is known for several missionary duties in Africa and is considered to be one of the greatest in South Africa.

He also once served as a mission president during the period when the 1978 Revelation on priesthood was aired.

During this time, he compiled numerous interviews from locals here in Africa.

Valnice Milhomens is another legendary missionary who is well recognised in South Africa.

In 1971, she embarked on a journey to Africa as the first missionary of the Brazilian Baptist Convention.

After over a decade in Mozambique, she continued the missionary work for up to two more years in South Africa.

She played a very vital role in the Christian religion in the Baptist Convention.

This makes her one of the best missionaries that ever carried out the missionary work in South Africa.

She is one of the best few female missionaries of all time.

Charles Frederick F. Mackenzie was a Bishop of Central Africa in the church of England.

He is still remembered in some Anglican Church Calendars today.

He studied at the Edinburgh Academy, before he enrolled in the St. John’s College in Cambridge.

He is one of the top 10 missionaries in South Africa.

He was a Bishop in the St George’s Cathedral in Cape Town back in 1861.

Mackenzie even once took a position as the first missionary Bishop of Nyasaland.

This is the present Malawi.

While on a Supplies trip with his crew, their boat sank in the river and their medical supplies were all lost in the water.

Due to this, his fever couldn’t be treated.

Later on, he died as a result of a strong Blackwater fever attack.

After he was buried, David Livingstone erected a cross over his grave about a year later.

Like I have said before, he remains one of the best missionaries not just in South Africa, but Africa as a whole.

So far, these are the top 10 missionaries in South Africa.

They all helped to shape the Christian world in South Africa and other parts of the world, and they are recognized for their achievements.

Some of them are pioneers of so many modern Christian practices, while many others are creative people who improved on existing systems.

Remember to drop your opinions below…