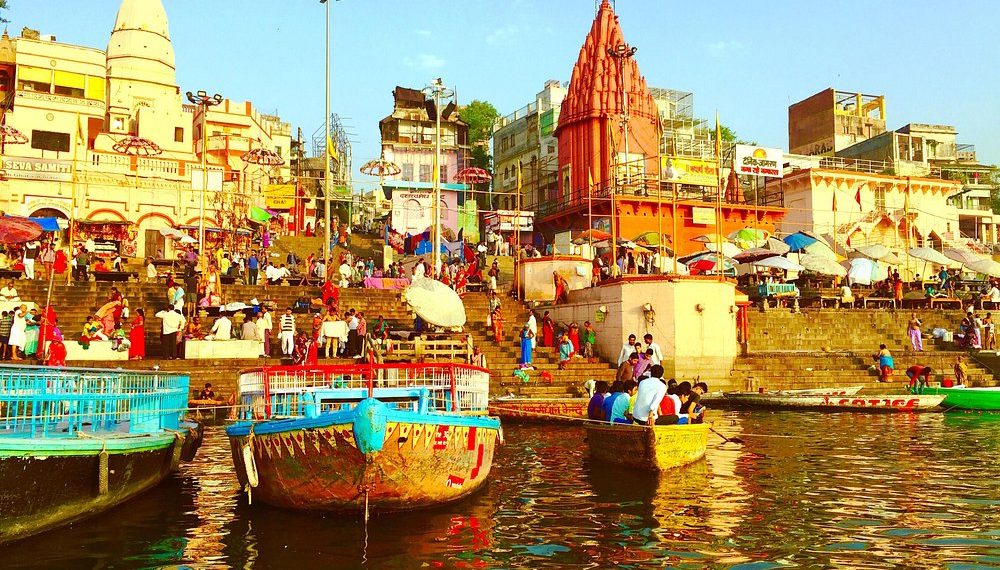 In this article, we are going to expose the top 10 most oldest cities in the world and how many years they have exsisted.

Every city in the world has a particular history.

The most ancient cities have interesting history and marks of evolving civilization. Most of these cities have stood the test of time.

Without weaste of time, let’s look at the top ten oldest cities in the world.

Here are the top 10 most oldest cities in the world

Also called the capital of Arab culture, Damascus is the oldest city in the world that has witnessed the rise and fall of most civilizations.

According to studies, Damascus was first lived in in the second half of the seventh millennia B.C.

It is the oldest inhabited city in the world and is an important traditional centre of the Arab world.

Today, Damascus is a metropolitan city with more than two million of population and was named the Arab capital of culture in 2008.

It became the country’s largest city in 2010 following the decline in population of Aleppo during the battle for the city. It is colloquially known in Syria as the City of Jasmine.

Damascus is a major cultural center of the Levant and the Arab world. The city had an estimated population of 2,079.000 in 2019.

In South Western Syria, Damascus is the center of a large metropolitan area.

Its population in 2004 was estimated to be 2.7 million people.

Embedded on the eastern foothills of the Anti Lebanon mountain range 80 kilometers (50 ml) inland from the eastern shore of the Mediterranean on a plateau 680 meters (2,230 ft) above sea level, Damascus  experiences a dry climate because of the rain shadow effect.

Aleppo is the capital of the Aleppo Governorate, and it has been continuously inhabited for more than 8,000 years.

It is a truth that the remains dating back to 11,000 BC of human settlements have been seen there.

Aleppo is situated between the Mediterranean Sea and Mesopotamia, and because of its geographical location, it became an important trading hub during the ancient period.

However, because of war between the government and rebels that have killed many people and forced humans to flee from their homes, Aleppo has been a devastated city since 2008.

With an official population of 4.6 million in 2010, Aleppo was the largest Syrian city before the Syrian civil war, it is now the second largest in Syria, after the capital, Damscus.

Excavations at Tell al Ansari, just South of the old city of Aleppo, show that the area was occupied by Amorites by the latter part of the third millenium BC.

That is also the time at which Aleppo is first mentioned in cuneiform tablets unearthed in Ebia and Mesopotamia, which speak of it as part of the Amorite state of Yamhad, and note its commercial and military importance.

Such a long history is attributed to its strategic location as a trading center between the Mediterranean Sea and Mesopotamia.

Located within 42 kilometer north of Beirut, Byblos is the oldest city and the largest in the Mount Lebanon Governorate of Lebanon.

It is believed that the city was first occupied by humans between 8800 and 7000 BC and continuously inhabited since 5000 BC.

Also, a UNESCO World Heritage site, said the first importation of papyrus in Greece took place in this city.

This city is also an archaeological wonder because of the successive layers of debris resulting from centuries of human habitation.

Argos is a city in Argolis, the Peloponnese, Greece and is one of the most ancient cities in the world.

According to research, Argos remained neutral throughout history, and was not part of the Greco Persian wars.

Argos contains about 22,000 residents today and numerous old monuments of history can be found there.

Athens is the capital and largest city of Greece.

It contains the Africa region with its first human presence starting somewhere between the 11th and 7th millennium BC.

This city is also an ancient home of philosophy and the birthplace of Western civilization.

In fact, it boasts of habitation that goes back long before the days of  Socrates, Plato and Aristotle.

The city withstood the test of times and was a subject of complete destruction following  the Dorian and Persian invasions.

Now, Athens is a growing metropolis and oldest capital city in Europe.

It is the heart of Ancient Greece, a powerful civilization and empire.

It is still dominated by 5th century BC landmarks, including the Acropolis, a hilltop citadel topped with ancient buildings like the colonnaded Parthenon temple.

The  Acropolis Museum, along with the National Archaeological Museum, preserves sculptures, vases, jewelry and more from Ancient Greece.

Susa was an ancient city of the Proto Elamite, and one of the most prominent cities of the Ancient Near East (the home of early civilizations within a region roughly corresponding to the Modern Middle East).

The city is located close to the Tigris River and so making it one of the most important cities in the ancient world.

It was believed that the city was once completely destroyed by the Assyrians but then was rebuilt immediately and then saw its most glorious days during the Modern Empire.

It was located in the lower Zagros Mountains.

In urban history, Susa is one of the oldest known settlements of the region.

Based on C14 dating, the foundation of a settlement there occurred a early as 4395 BCE (a calibrated radio carbon date). At thi stage, it wa already very large for the time, about fifteen hectares.

The founding of Susa corresponded with the abandonment of nearby villages.

Potts suggests that the settlement may have been founded to try to reestablish the previously destroyed settlement at Chogha Mish.

Previously, Chogha Mish was also a very large settlement, and it featured a similar massive platform that was later built at Susa.

Erbil has been occupied, over the millennia, by the Persians, Greeks, Romans, Mongols and Ottoman Turks.

At the heart of the city rests the Erbil Citadel, also called Hawler Castle, which is an old edifice that dates back to 2,000 BC.

The Erbil Citadel, is an artificial mound and the historical city center of Erbil.

Erbil is known for its modern malls, ancient sites, and is a UNESCO World Heritage Site.

The city is known in ancient history as Arbela and is the capital and the most populated city in the Kurdistan Region of Iraq.

Human settlement at Erbil may be dated back to the 5th millennium BC, which would make the cit one of the oldest continuously inhabited areas in the world.

At the heart of the city is the ancient Citadel of Erbil and Mudhafaria Minaret.

The earliest historical reference to the region date to the Third Dynasty of r of Sumer, when King Shulgi mentioned the city of Urbilum. The city was later conquered by the Assyrians.

Contained for at least 6,000 years, Sidon was one of the most important  Phoenician cities becase of its location as an important port on the Mediterranean.

Sidon is the third largest city in Lebanon and is located in the South Governorate.

Glass production has made Sidon both powerful, rich, famous and popular and the city came to be known for being progressive.

Also, the Phoenicians were known for their skill in ship building and navigating the Mediterranean sea.

It I known locally as Sayda or Saida, is the third largest city in Lebanon.

It is located in the South Governorate, of which it is the capital, on the Mediterranean coast. Tyre to the south and Lebanese capital Beirut to the north are both about fort kilometers far away.

Plovdiv is the second largest city in Bulgaria.

Plovdiv’s history spans across more than six millenniums, making it one of the oldest cities in Europe.

Excavations show that people have been inhabiting the ancient town on the Nebet Tepe Hill since 4000 C.

The city was an important Persian, Thracian, Macedonian and Ottoman hub. Toda, Plovdiv is the second biggest city in Bulgaria and an up and coming tourist hub.

Varanasi is the oldest city in India and also the birthplace of the oldest religion which is Hinduism.

Also known as Benares, Banaras or Kashi, this city is located on the banks of the river Ganges in the Uttar Pradesh state of North India and dates back to the 11th century BC.

This city draws Hindu pilgrims and tourists from all around the world.

These pilgrims bathe in the river Ganges and also perform the funeral rites.

There are some 2,000 temples, including Kashi Vishwanath, the Golden Temple, dedicated to the Hindu god Shiva along the city’s winding streets.