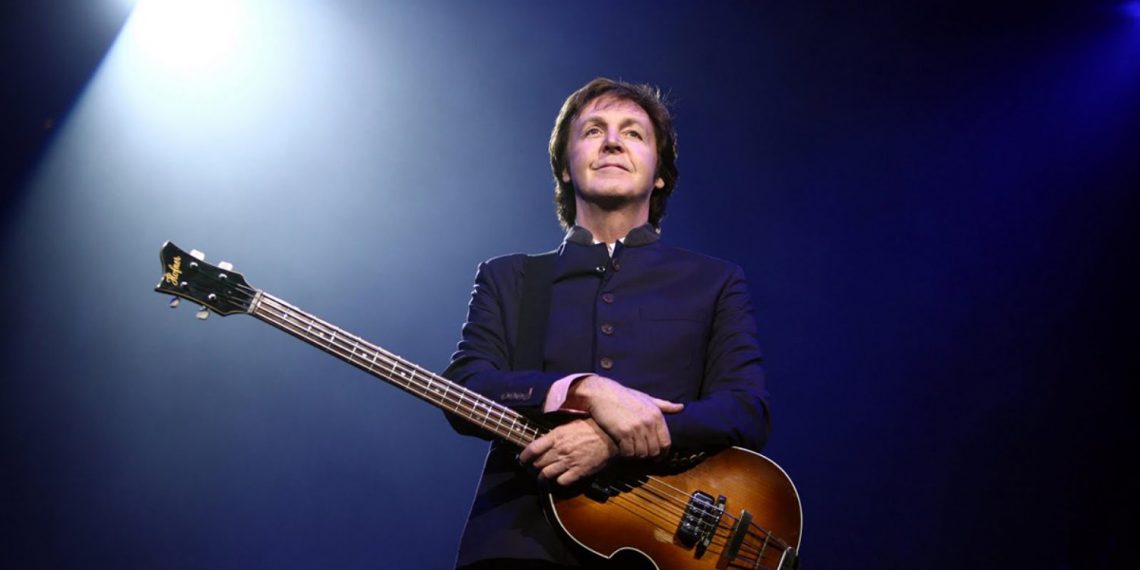 He’s one of the most successful composers of all time and it feels exciting to look at the legendary Paul McCartney’s networth, age, career and legacy.

He’s a singer, a songwriter, a musician and a producer (records and film).

Paul McCartney was a member of the band the Beatles and gained worldwide prominence as a vocalist and team player for the band.

He plays several musical instrument excellently including bass, guitar, keyboards and drums. He said to be a self-taught musician. McCartney plays around with a bunch of singing styles which makes him the versatile singer that he is.

With a four-octave vocal range, his melodic bass play and creative energy gave him a place in the heart of his listeners.

Ranking amongst the most covered songs in history are some of his songs with the Beatles including, ‘And I Love Her’, ‘Blackbird’ and ‘Eleanor Rigby’.

McCartney’s mother, Mary, was a midwife and she was the major income earner of the family. When McCartney was 14 years of age, his mother died of an embolism as a complication of surgery for breast cancer.

McCartney’s father supported his musical dreams from the onset. His Dad was a trumpet player and a pianist. His father led Jim Mac’s Jazz Band in the 1920s.

McCartney’s father had a piano at home which he allowed his sons play. He also encouraged them to take piano lessons.

With encouragement from his father, McCartney auditioned for the Liverpool Cathedral choir at age 11. He was not accepted, but he later joined the choir at St Barnabas’ Church.

John Lennon had a band named the Quarrymen. The band played a variety of music including rock and roll, jazz, blues, etc.

McCartney joined them as a rhythm guitarist and developed a strong working relationship with Lennon. This relationship would last for a while.

The band evolved over time and changed name severally. They finally adopted the name the Beatles in August 1960.

McCartney started a solo career in 1970 after the Beatles disbanded.

He debuted as a solo artiste with a self-titled album McCartney.

After the disbanding of the Beatles, he led Wings, one of the most successful bands  in the 70s.

McCartney has had a very successful solo career. Since 1989, he has toured consistently as a solo artiste.

He has won several albums from his solo projects and collaborations with other people in the industry.

Even though he’s a musician, he has taken part in numerous other kinds of projects including humanitarian services.

He has also promoted international charities and other subjects like animal rights, music education, poverty and vegetarianism.

Paul McCartney stands out as one of the most successful composers and performers of all times.

He has written and co-written so many successful songs. 32 of these songs have topped the Billboard Hot 100, and in 2009, he already had over 25.5 million sales in the United States.

McCartney alongside the Beatles, and with Wings have sold over 100 million singles and 100 million albums.

McCartney has received many honors and awards for his achievements and contributions both to the music industry and the society at large.

He has two inductions into the Rock and Roll Hall of Fame. One was received as a member of the Beatles, while the other as a solo artist in 1999.

McCartney has also won 18 Grammy Awards and has an appointment as a Member of the Order of the British Empire in 1965.

McCartney won the Academy Award in 1991, and he has been decorated several times more than we could list out on this article.

In 2020, he was listed as one of the wealthiest musicians in the world, with an estimated fortune of £800 million.

Paul McCartney’s networth comprises majorly of  money  and wealth made through royalties and licensing fees from his own music. He also accumulated great wealth from his tours.

Recommended for you: 13 Interesting Facts About The Legendary Rapper DMX