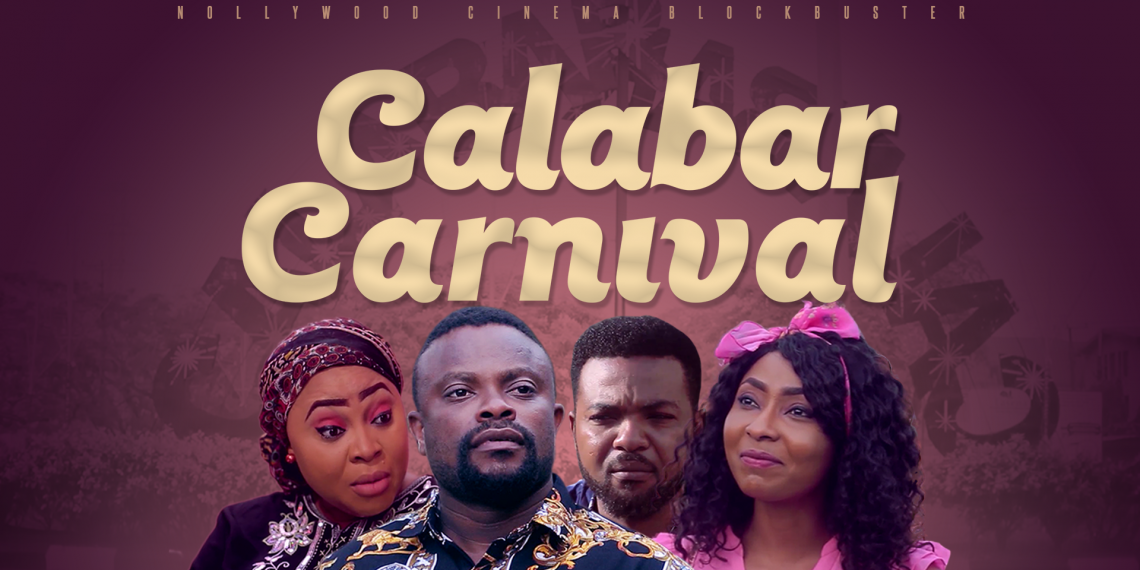 What are the top ten Ibibio movies of all time?

We all know that Nigeria is a diverse nation with several tribes and ethnic groups.

The Ibibio happen to be one of them.

Just like other groups, the Ibibios have their own distinct culture which differentiates them from others.

Today, there are so many Ibibio movies out there in the Nigerian movie industry.

If we do not look carefully, we will not even notice this.

This is actually because the Nigerian movie industry is dominated by the Igbo people and the Yoruba people.

However, we are going to focus on the top 10 Ibibio Movies of all Time in this particular list.

Some of these movies may be familiar to you and some may not be.

Now, before going further, I’d like us to know more about the Ibibio people.

If you already know about them, you can just skip this part.

However, if you would like to know more about these unique people, then read through.

Who are the Ibibio People?

The Ibibio people are a group of people geographically located in the southern part of Nigeria.

These people can be found in states like Cross River State, Akwa Ibom, and also in the eastern region of Abia State.

They have ancestral relations with the Efik and Igbo people.

Oron, Efik, Annang, and a few other people have a similar culture to the Ibibios.

They speak closely related dialects, and they have similar traditions.

Over the years, the Ibibio people have grown big in different sectors of life.

One of these sectors is in the movie industry.

Being a people deeply rooted in culture, the Ibibios present several wonderful movies for the viewing pleasures of viewers across the nation.

Today, the Ibibio movie industry has grown so big, that most of their movies are accepted nationwide as blockbuster Nollywood movies.

There are now so many veteran actors from the Ibibio race.

Some of them are Kate Henshaw, Ini Edo, Imeh Bishop Umoh, Emem Isong, Eve Esin, and a host of others.

That is to tell you that Ibibio is surely a rising force in the Nigerian movie industry.

So, without wasting any more time, let us go through a comprehensive list of the top 10 Ibibio Movies of all time.

Here are the top 10 greatest Ibibio movies ever made.

The tenth movie in our list of top 10 Ibibio Movies is the movie titled ‘Calabar Carnival’.

This is one of the Nollywood films that actually focuses on the life of the people of Calabar, which happen to fall under the Ibibios.

The movie talks about the life of a young lady who tries to maintain a friendship with the people whom she met at the Calabar festival.

Though she tries to connect, her family discourages this and places a rule for her to only associate with family friends.

This movie is a  story of exposure and life experience.

It is really a delight to watch this movie.

Here in Nigeria, this movie is loved by those who have been able to watch it.

Despite being a romance drama, it features several hilarious scenes which makes it also a comedy movie.

The movie can be rented online, and it can also be purchased from major film stores across the nation.

Some popular casts in this movie are Ine Bishop Umoh, Belinda Effa, and a host of others not mentioned here.

To know more about this wonderful movie, you can consider purchasing it today.

This can be done even with a smartphone.

Though this movie is not as popular as the others in this list, it remains one of the top 10 Ibibio Movies of all time.

Just like a few other movies in this list, Ikpony Eyen is a movie that is deeply rooted in the Ibibio culture.

This movie displays the culture of the Ibibio people to the world.

Moreover, it features a storyline that goes with a whole package of moral lessons for the viewers.

It is actually difficult to find this particular movie in small retail stores around town these days.

However, it can be purchased or streamed online, or it can be gotten from major film distributors across the country.

In 8th place, we have the movie titled ‘Sweet Calabar Girls’.

This is not to be mistaken for ‘Calabar Girls’.

This movie is another hilarious movie that is loved by all those who have been opportune to watch it.

It actually talks about a restaurant that is operated by some hungry workers.

The movie talks about their romantic exploits with their customers, and it also hits on a lot of lessons for the viewers to learn from.

This is one of the oldest movies in this list.

Despite being an old movie, Akpan Obong is still one of the best Ibibio movies of all time.

The movie displays the typical culture of the Ibibio people, and it features a local setting.

The overall storyline of this movie is very captivating, and it passes strong messages to the viewers.

Today, this movie is ranked as the 7th in the list of top 10 Ibibio movies of all time

6. Tongue Of A Calabar School Girl

This movie (Tongue Of A Calabar School Girl) is one of the best Ibibio based movies in the country today.

From the production work to the cast, this movie is ranked as one of the best.

The movie was actually released in 2018, and it has been making waves ever since.

The movie actually features the likes of Ino Edo, Bob Manuel, and a host of other veteran Nollywood acts.

Just like so many other movies on this list, this movie has sold millions of copies nationwide, and it is currently ranked as one of the best Ibibio-oriented movies in the industry.

This movie is actually similar to a few others in this list.

The overall movie features a local setting, and it has a captivating storyline attached to it.

This particular production work has a huge fan base in the Ibibio region.

However, it is loved by other viewers across the nation too.

This Ibibio-based movie actually displays a lot of professionality, and thus it’s the position in this list.

Today, it is ranked as one of the best Ibibio Movies of all time.

Calabar Girls is another movie that makes it to this list.

This is a very interesting movie that actually talks about the life of the people of Calabar (especially the ladies), and how they struggle in their daily lives.

The movie is an eye-opener, and it is ranked as one of the best Ibibio based movies in the country.

This movie is loved by so many viewers, especially from the Ibibio region.

Today, it is ranked as one of the best Ibibio Movies.

On the number one spot in this list of top 10 Ibibio Movies of all time, we have the movie titled ‘Ekaettee Goes To School’.

This is a very popular movie across the country, and it is loved by fans all over.

The movie actually features star acts like Ino Edo (Ekaette), and many other Nigerian superstars.

The movie talks about a married lady called Ekaette who happened to be very troublesome in the village.

After everyone began to make ridicule her illiteracy, she soon decided to enroll in school again, despite being too old for primary education.

The movie features a lot of hilarious scenes, and it also passes strong messages to viewers regarding the importance of education.

‘Ekaettee Goes To School’ is often aired on major drama TV channels across different satellite networks in the country.

This movie is an award-winning movie, and it is regarded by many as one of the best and most hilarious movies ever.

Today, Ekaette Goes To School is ranked as one of the top 10 Ibibio Movies of all time.

This is one of the most popular movies in this list.

Other top Nollywood acts like Harry B and a host of others were also featured.

In this movie, Okon and his village lover Kokoma (Eve Esin) were both employed to work as house helps in the home of a rich man.

This movie focuses on their funny exploits in this rich home, which actually ended up badly.

The movie actually features several funny scenes that are sure to make you laugh.

On the number one spot in our list, we have no other movie than ‘Ekaete’.

This movie is not to be confused with Ekaettee Goes To School.

This particular movie is arguably the best Ibibio Movie of all time.

The movie focuses on religion, pride, dreams, and the general dehumanization of housemaids.

This movie tells the story of an 18-year-old girl (Ekaete) who had never been to school back in her home town in Uyo, Akwa Ibom State.

She always dreamt of becoming a house help in the city of Lagos.

Her dreams soon came to pass when Mrs. Uzomma visited the village and promised to set up a business for her after serving her for a year as a house help.

Ekaete who was full of hopes and dreams met with the unexpected once she arrived in Lagos.

This movie is a very interesting movie, and it is still viewed by so many Nigerians, despite being an old movie.

The movie was actually produced by Emem Isong, and it featured superstar actors like Eucharia Anunobi, Desmond Elliot, and many others.

Today, this movie is ranked as the best Ibibio movie of all time.

These are the best Ibibio Movies of all time.

There are many more which were omitted here.

Even as we speak, there are several ongoing movie projects that will most likely feature in lists like this in the future.

Like I aforesaid, the Ibibio people are indeed a rising force in the Nigerian movie industry today.

With so many veteran Nigerian actors being Ibibios, we expect even more from this group of people in the nearest future.

This is the list of top 10 Ibibio Movies of all time.

The movies contained in this list are all Nollywood blockbusters, and they are all widely viewed and enjoyed across the nation.

Some of the movies in this list are actually very old and hard to find in movie stores.

However, they can be gotten online through the numerous Nollywood streaming and download platforms available today.

One can also still find some of these old movies from huge movie retailers or distributors.

If you know of any other Ibibio movie that is worthy to be on this list but is not mentioned here, you can drop the name of the movie in the comment session below.

Your opinions are appreciated, so feel free to drop them.

In all, have a blissful day!