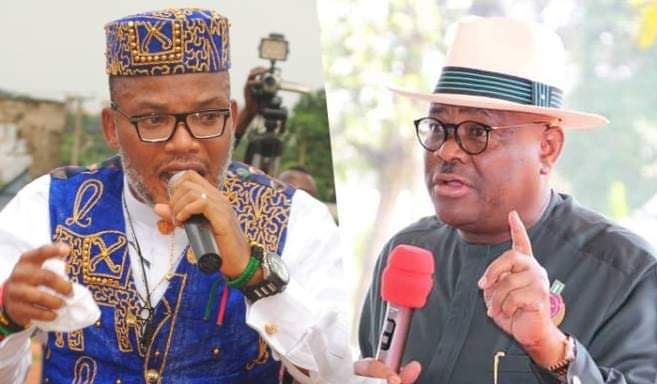 Governor Nyesom Wike of Rivers State has vowed to fight the activities of the Indigenous People of Biafra (IPOB), from existing in Rivers State.

Wike who was a guest on Channels TV Programme ‘Politics Today’ stated that the activities of IPOB particularly the stay-at-home order by the group was unacceptable as the people of Rivers State are not part of the group.

Wike who spoke emphatically on the subject matter said he wasn’t ready to shift a pole even if his life is threatened in the process, noting that IPOB can only work in South-Eastern states as Rivers State is in the South-South part of Nigeria.

He said “With all due respect, I have said it before and I will continue to say it, IPOB cannot make an order to say that people should sit at home in Rivers. I have said that clearly before because it does not exist in Rivers state. Rivers state is South-South. We are in Niger Delta”.

“I am not saying whether the people of South-East should not obey what IPOB has said or not but they cannot give orders to Rivers people that we should sit at home. No! It is not possible.

“Like I always say, I am not against IPOB’s activities in the South-East because they have a right to whatever they are doing with their people”.

“It is like saying there are South Easterners who are staying in Lagos, therefore IPOB will give a sit at home order in Lagos that everybody should move”.

“There are Igbo people staying in Kano, IPOB will go and make a sit at home order that nobody should move in Kano. It is not acceptable. So, IPOB for me.