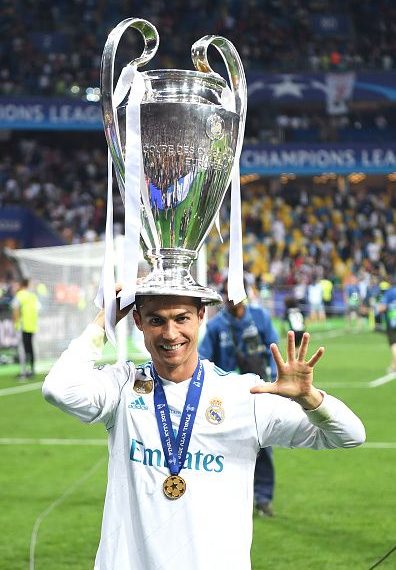 The Champions League is the highest club football competition, and winning the title is exciting.

At some time throughout the yearly campaign, the Champions League has virtually always given great matches and dramatic results.

Cristiano Ronaldo has the most Champions League crown

The all-time Champions  League goalscorer Cristiano Ronaldo, in his words, holds that:

“The Champions League is special, every match feels like my first”.

Here are our ratings of the 5 players who have won the trophy with different clubs:

Clarence Seedorf is a genius, he is one of the 5 players to have won the trophy on four occasions with three different clubs.

His first taste of the title was in 1995 with the young Ajax Amsterdam side.

He moved to Real Madrid and he won the coveted title for the second time in 1998.

Clarence Seedorf in this article is rated number one.

Eto’o one of the finest players the continent of Africa has Produced.

He won the Champions League title, Netting twice in separate finals to help secure victories for Barcelona in 2006 and 2009.

He joined Inter Milan in 2009,and won the title under Jose Mourinho.

Eto’o’s back-to-back successes made him the first and the only player to achieved successive continental treble with two different clubs.

He is rated second in our list of players that have won the trophy with separate teams.

In 1993, the muscular French defender was a member of the Marseille team that became France’s first – and so far only European champions.

The next season, he joined AC Milan, which defeated Barcelona to win the title in 1994. He is the first winner with two separate teams

With 134 goals, he is the top goalscorer. And he has won the most UCL titles. He is the king of title.

He has won it the most.

No player in the league history has won more than Ronaldo’s five trophies, the first of which he won was with Manchester United in 2008.

Madrid dominated European football for three years in a row repeating their victory from 2015-2018.

Ronaldo is the only winner in history to have scored in three  finals.

We rate Him as number four in this article.

Toni Kroos one of the best midfielders of this generation, won his first UCL title with Bayern Munich in 2013.

In 2014 He joined Ronaldo d an all-conquering era in the UCL for Real Madrid.

At the heart of the side, forming a brilliant midfield partnership alongside Luka Modric and Casemiro to become the first to defend their crown, winning three consecutive titles between 2016 and 2018.

He remains the only German to have won the tournament with 2 different sides. He is number five in our rating.

Our ratings of 5 players that have won the title with different clubs is based on how they achieved it.