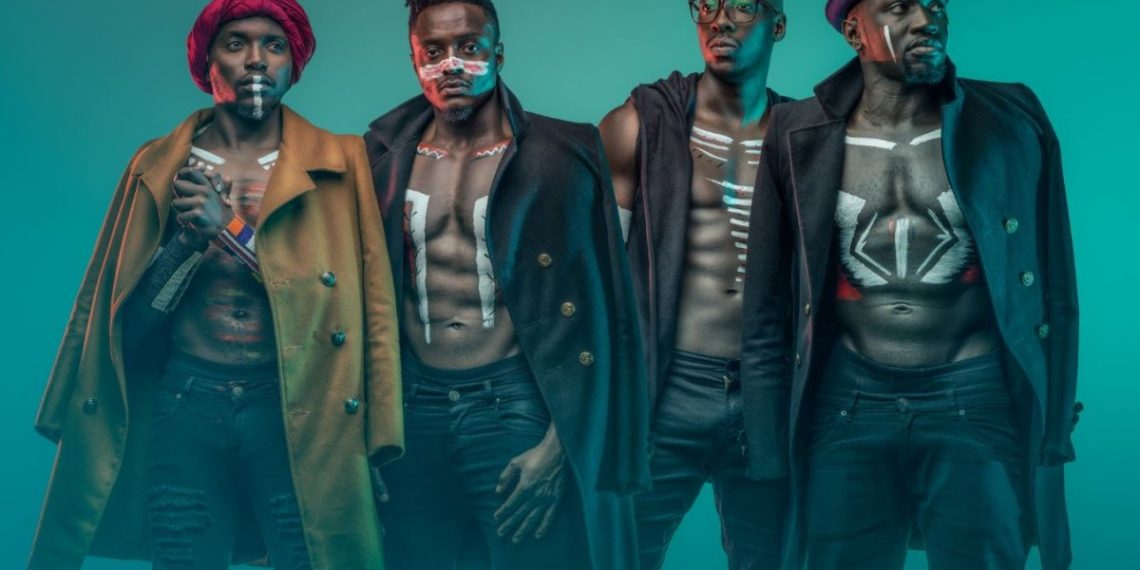 Who are the top ten richest musicians in Kenya?

However, we often miss out on some other interesting lists like this one.

Although they are not that popular across Africa and the world at large, Kenya is a country with so many talented musicians who are making it big in the music industry.

In this article, we are going to look at the top 10 Richest musicians in Kenya today.

Although most foreigners may not know them, these musicians are very popular in Kenya, and they are making their nation proud.

So, let us explore this list of richest musicians in Kenya today.

Also Read: Top 10 Richest Musicians In Africa and Their Net Worth

Here are the top ten richest musicians in Kenya as of 2021.

He is an award-winning musician and songwriter who hails from Nairobi, Kenya.

He owns his own record label called Saldido international Entertainment.

He later came into the limelight in 2010.

Aside from being a well known musician, Willy Paul is also a businessman and writer.

He is a source of inspiration to so many citizens of Kenya and he has a huge fan base across the country.

Willy Paul currently has a net worth of about Ksh18.2 Million, thus earning him this position in this list of richest musicians in Kenya.

Also Read: Top 10 Richest Musicians In Ghana and Their Net Worth

Bahati is another rich musician in Kenya.

He actually rose to the limelight in 2012, and he has continued to release hit tracks ever since.

He is a very humble singer who doesn’t often flaunt his assets.

Bahati has actually made so much fortune from the music industry.

With a current net worth estimated to be about Ksh19.3 Million, he is indeed a very rich Kenyan musician.

He is one of the founders of African hip-hop.

He runs three major studios which enjoyed massive plays locally and made him the highest-paid musicians in 2012.

As a philanthropist, he has launched a foundation which he named Colour Kwa Face Foundation.

This is an initiative which fights for the rights of albinos.

He is currently estimated to worth about Ksh27 Million, making him the 8th richest musician in Kenya.

Also Read: Top 20 Richest Women In Africa and Their Net Worth

Size 8 is another rich artist in Kenya.

She is actually a gospel artist, and so many people are not aware that she is very rich.

She is married to the popular DJ MO, who is also quite rich.

As a famous personality, Size 8 has appeared in several TV commercials and promotional adverts.

This earns her a lot of money, alongside her lucrative endorsement deals.

Size 8 is currently estimated to worth about Ksh 40 Million, thus earning her this position in this list.

Wyre is currently the best and only well known R&B and Reggae singer in all of Kenya.

Throughout his career, he has even featured famous acts like Alaine and many other Jamaican musicians.

Aside from being a musician, he is a businessman, father, and a husband.

Through the years, he has made so much money from the music industry, that he is now considered one of the richest musicians in Kenya.

Today, he is estimated to worth about Ksh 50 Million, making him one of the richest musicians in Kenya.

Ejidiah Wanja (aka Lady Wanja) is a popular Kenyan musician who has also been in the music industry for a long time now.

She is a very talented singer from Central Kenya and also the daughter of the famous Queen Jane.

Contrary to what her mother did, Lady Wanja focused on the gospel music industry.

Today, she is one of the best gospel singers in Kenya and this has earned her so much fortune.

She has released over 140 tracks and the sales of her VCDs are a very good channel through which she bags so much cash.

Aside from this, she also earns so much money from live performances, and also other businesses.

With a current net worth estimated to be about Ksh80 Million, she is said to be one of the richest musicians in Kenya today.

Also Read: Burna Boy And Stefflon Don: What You Need To Know About Them

Nameless who goes by the real name David Mathenge is another rich Kenyan musician.

He started his career as a musician back in 1999.

This was during the talent hunt by Capital FM, which discovered Nameless.

After then, this baritone singer began to drop hit tracks that were loved all over the nation.

Over the years, he has collaborated with several top class artists.

Within a decade, Nameless racked up enough wealth to make him one of the richest musicians in Kenya.

He is said to be the pioneer of local urban music, and this genre has gained so much acceptance in all of Kenya.

Aside from being a musician, Nameless is also an Architect who owns several businesses and investments across the globe.

He runs so many of his businesses with his wife called Wahu.

They both have a joint net worth of about Ksh 150 Million.

Jaguar is another famous Kenyan musician who is making waves in the Kenya Music Industry.

All through his struggles over the years, Jaguar has been blessed, and he is now ranked as one of the richest musicians in Kenya.

He is currently a member of the parliament in Kenya, representing the Starehe Constituency.

As a businessman, he owns a security company, a real estate company, and also a taxi company.

He also has a house which is said to worth about Ksh20 Million.

That is his fixed performance fee.

Just like other celebrities across the globe, Jaguar also owns a fleet of expensive cars.

Some of them are a Mercedes Benz E240, a very expensive Bentley, a Range Rover Sport, and many others.

He has a total net worth of about Ksh 350 Million, thus making him the second richest musician in Kenya.

Sauti Sol is considered by many to be the richest music group in Kenya.

They focus on the afro-pop genre, and they have won several awards both locally and internationally.

This group is actually made up of Willis Chimano, Bien-Aime Baraza, and Savara Mudigi.

It was actually created in 2005,and it has been making waves ever since.

The group has carried out several successful tours worldwide, and they are said to be the most popular Kenyan music group.

They have topped the music charts in Kenya on countless occasions, and They have even performed in shows in Europe and America.

With a current net worth of about Ksh 400 Million, Sauti Sol sits firmly at the number two spot in this list.

Akothee is a Kenyan musician and businesswoman who goes by the real name ‘Esther Akoth’.

She is an award-winning Kenyan musician who has collaborated with several African acts.

As a musician, she has released several hit tracks that featured famous African acts like Flavour, McGalaxy, Diamond, and more.

She is the founder of a tour company in Kenya called ‘Akothee Safaris’.

Aside from this, she also owns a real estate company and a beach resort.

She currently owns a house in Rongo, which is estimated to worth about Ksh 80 Million.

Aside from this house, she is also said to own a fleet of expensive rides.

Over the last decade, Akothee has racked up so much wealth from music and business, and she is currently said to be the richest musician in Kenya.

Through the years, she has been involved in several relationships and marriages which all ended badly.

With a current net worth of about Ksh 600 Million, she sits firmly as the number one richest musician in Kenya today.

These are the top ten richest musicians in Kenya.

While there are many more rich artists in Kenya, this list contains the Richest of them all.

Conclusion Of The Richest Musicians In Kenya

From the above list, you can now see some of the richest musicians we have in Kenya today.

Some of them are not actually popular outside Kenya, but they make a lot of cash from the music industry.

These musicians are talented, and their talent has given them so much fortune, that they all live their dream lives today.

This is a rare list, and it is not readily available everywhere online.

However, this list in particular cannot be found everywhere.

Although it is not actually found everywhere online.

We noticed that there is a huge number of people who actually look for such information. So we decided to compile a list for that audience.

Feel free to save this list, as you may need some information contained here in the future.

Make sure you drop your comments in the comments session below.