Seven Players That Were Ruin By Manchester City 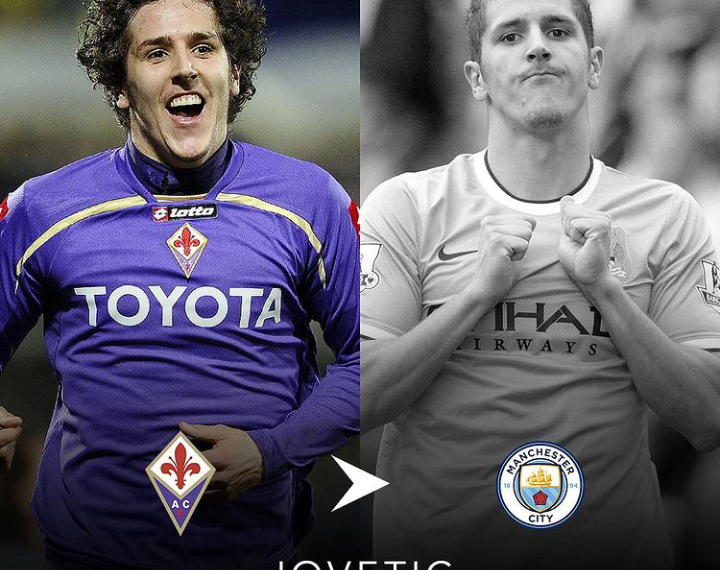 Football clubs have been in the business of ruining players career, it does not happen to Chelsea, Barcelona, Real Madrid or Manchester United alone but to all the top clubs in europe. Most times you will read players potential transfers to the big clubs where you feel maybe they will do better due to the quality players available in the said team that is cashing in but sadly at the end of the day.. The player becomes a shadow of himself. A career that was once glitter fades away in a twinkle of an eye.You may want to ask yourself why it’s so. It is because some players are naturally meant for average teams because of their inability to perform at big stage or maybe the effects of the environment affect their performance..

Here are the seven players Manchester City ruined their careers;

The Italian striker was one of the best prolific young forward in Seria A, scoring 35 goals for Fiorentina before Manchester City came with their money to lure him to Etihad during Pellegrini’s era. Jovetic struggled in the Premier League and was only able to managed 30 appearance in his three seasons with just eight goals to his name.

The centre back was enjoying his football at Portugal with Portuguese Premiera Liga giant Porto during the 2009-2012 season. His ambition to feature in the evolution of Manchester City turned out to be a wrong decision by the spanish defender. He joined Manchester City during the 2012 transfer window but could only managed two appearance 53 appearance in two seasons in the Premier League. Zenith St Petersburg offered him an escaped route after he didn’t hesitate to joined the Russian outfit..

Manuel Nolito was a hit at spanish side Celta Vigo before he joined Manchester City in the 2016 season. However he couldn’t replicate his la liga form in the English Premier League under the tutorlage of Pep Guardiola. He only managed 4 goals in 19 appearance in just one season before he was offered to Valencia on loan.

The French International was an integral figure at Portuguese side FC Porto before moving to Manchester City in the 2011-2014 season making 51 appearance and recording six goals before he joined Manchester City where he managed 57 appearances in three season. His career has never been the same since then.

One of Africa’s most talented and sort after player. He was a complete striker, scored a lot of goals for Arsenal in the during his spell at the North London before securing a big money move to Manchester City in 2011 where he struggled to make an impact before leaving on loan to Real Madrid.