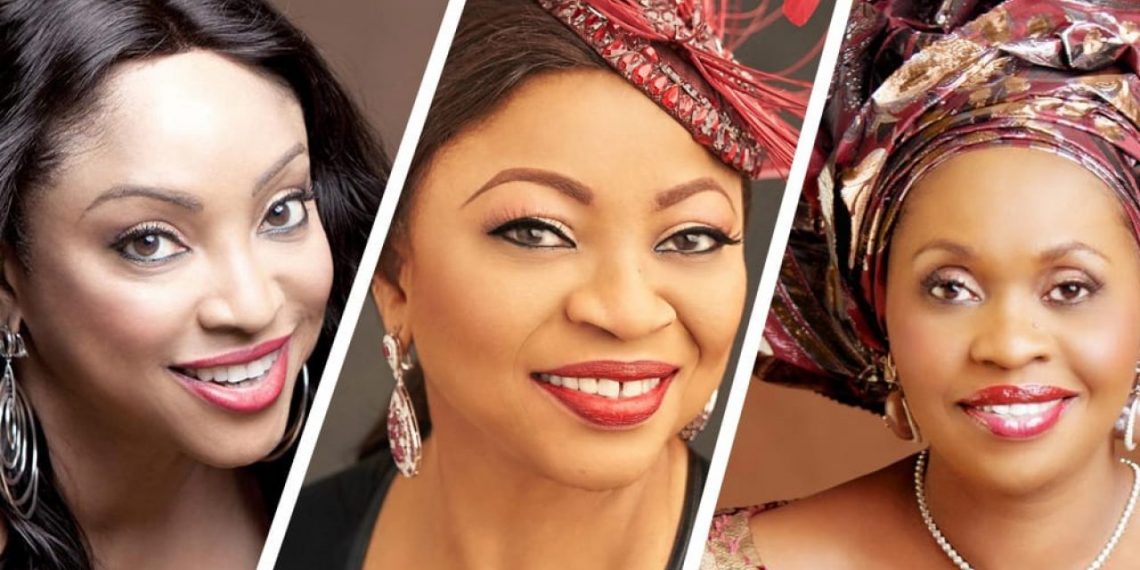 In this article, you will discover the top 10 richest women in our very own Africa.

Gone are the days when women only stayed at home to look after the kids and carry out home shores.

Today, women are making it big in almost every industry, and they seem to be a strong force.

We will look at the top ten richest women in Africa.

These women have made so much wealth, that they rule the world in their various fields of life.

It is indeed a thing of joy to know these people because they have achieved so much in their lives.

Here are the top 10 richest women in Africa

Isabel is the daughter of ex-president Jose Eduardo.

He stepped down from his post as president back in 2017.

During her father’s reign as president.

It was said that Isabel used his influence to acquire large stakes from different companies across Angola.

Over the years, she has been involved in several controversies, but she continues to deny all charges against her.

She is a very rich businesswoman and private investor.

During her father’s tenure as president, she was made the head of Sonangol (A state oil firm in Angola).

She received this appointment in 2016, but she was dropped from this position the next year (2017) when a new president assumed office.

With a net worth of $2.2 Billion, she is the richest woman in Africa today.

The Lagos-born Nigerian businesswoman Folorunsho Alakija is a diverse entrepreneur who is into different fields of business.

She is the founder of the Rose of Sharon Group, and also the vice-chairperson of Famfa Oil.

This is a large oil exploration company that owns a huge share of the Agbami Oil Field.

This is an offshore asset.

Famfa Oil is a well-known partner of oil firms like Chevron and a few others.

Then, she used to attract major customers like the wife of Ibrahim Babangida during his time as president, and many other prominent people.

After picking up a career in the oil field.

Folorinsho’s company was awarded a potential oil license back in 1993.

This was later converted to an oil mining lease.

Today, she is happily married with four children.

Folorunsho is currently worth $1.3 Billion, hence making her the second richest woman in Africa.

Ngina Kenyatta is a businesswoman and investor who was born in 1933 in the Kenya Colony.

Back in 1951, she got married to Jomo Kenyatta.

Jomo became the pioneer president of Kenya, but he died in 1978.

This was some decades later after their marriage.

She was the fourth wife of Jomo Kenyatta, and she was given as a gift from her ethnic group.

This gave her the nickname ‘Mother of a nation’.

Before Jomo’s death, Mama Ngina had already given birth to four children for him.

Today, she is the mother of president Uhuru Kenyatta (One of Jomo’s sons).

Through the years, she has invested in different fields, and she owns several businesses across Africa.

She owns several plantations, ranches, hotels, companies, and many more.

She currently has a networth of $1 Billion.

Divine Ndhlukula is a Zimbabwean businesswoman who is the owner of the security company SECURICO.

However, she received her Bachelor’s degree from the Midlands University, and later had her MBA from the Women’s University of Africa.

She also had her PhD degree in Business there.

Divine started her career by working for big telecommunications companies before she became an accounting officer in Old Mutual.

After that, she has held a couple of lucrative positions in several organizations and companies.

She is the founder of one of the biggest security companies in Zimbabwe.

With a current net worth of $809 million, she is the fourth richest woman in Africa today.

Born in October 1959, Bola Shagaya is a diverse entrepreneur who is currently the fourth richest woman in Africa today.

Before venturing into commerce back in 1983, she used to work for the audit department of the Central Bank of Nigeria.

She started her career as a businesswoman with the importation of photography materials.

She even has her own brand of photography products called Konica.

Today, she is the MD of Practoil Ltd.

This company is one of the biggest importers and circulators or base oil and lubricants in Nigeria.

She is into real estate, fashion, and many other fields of business.

She is happily married to Alhaji Shagaya (the owner of a big transport company in Nigeria), and they have six children.

Bola is currently worth a whopping $630 Million.

Wendy Appelbaum is a south-African investor and businesswoman.

She is the daughter of the famous businessman Donald Gordon.

Being a creative entrepreneur just like her father, she is indeed a strong force in the business world today.

Wendy is currently the founder and Chairperson of the popular De Morgenzon Wine farm.

This wine farm is located in Stellenbosch.

After racking up millions from the business world, Wendy is now a very good philanthropist.

She is also said to be the richest woman in South Africa today.

With a net worth of $259 million, she also sits firmly as the 6th richest woman in Africa.

Wendy is a businesswoman who was born in the capital of South Africa (Cape Town).

After college, she earned her degree from the University of Cape Town, and also the popular UNISA.

This company was bought by her husband Raymond.

Together, they both worked to help the company grow.

Aside from being a businesswoman, she is also a philanthropist.

She is the pioneer of the Educational Trust Fund.

This is an initiative that helps underprivileged pupils and students by getting them back to school.

With a steady net worth of $190.2 Million, she is the 7th richest woman in Africa.

Irene is a South-African entrepreneur who was born in 1960.

She was active in the trade union of South Africa.

Irene was the one behind the successful bargain for the National Union of Mineworkers of South Africa.

However, she later spent up to 13 years co-ordinating the Union operations in South Africa.

When she left the Union business, she ventured into the telecom industry, and became the director of MTN Group.

This is the largest telecom company in Africa as a whole.

She helped with the expansion of MTN to several African countries.

She is currently the founder of Smile Telecom Holdings Limited.

This company operates in several African countries like Nigeria, Uganda, and a few other countries.

Born in February 1960, Bridgette Motsepe Radebe is a South African entrepreneur who is currently the president of SAMDAU.

This is a major mining development initiative in South Africa.

She started her career as a common miner.

Then, she used to manage small mining operations and produce materials for bigger mining works on a contract basis.

This firm helps in the exploration, discovery, and production of gold, chrome, and platinum.

She currently worths $100 million, and she is one of the richest women in Africa.

Sharon Wapnick is a South-African businesswoman who inherited her father’s companies Octodec Investments and Premium Properties after he passed away.

These companies are both financial companies.

Other than inheriting her father’s companies, Sharon is also a partner of a commercial law firm called TWB Attorneys.

She is a diverse entrepreneur who is currently one of the richest women both in South Africa, and Africa as a whole.

Women are also a strong force in the business world today.

From this list, we can see that these women are all big entrepreneurs who either started from scratch or inherited their wealth from someone.

They are the richest women in Africa today, and they have featured in several world magazines for their achievements.

These women are very influential, and their wealth has racked up so much fame for them all around the world today.