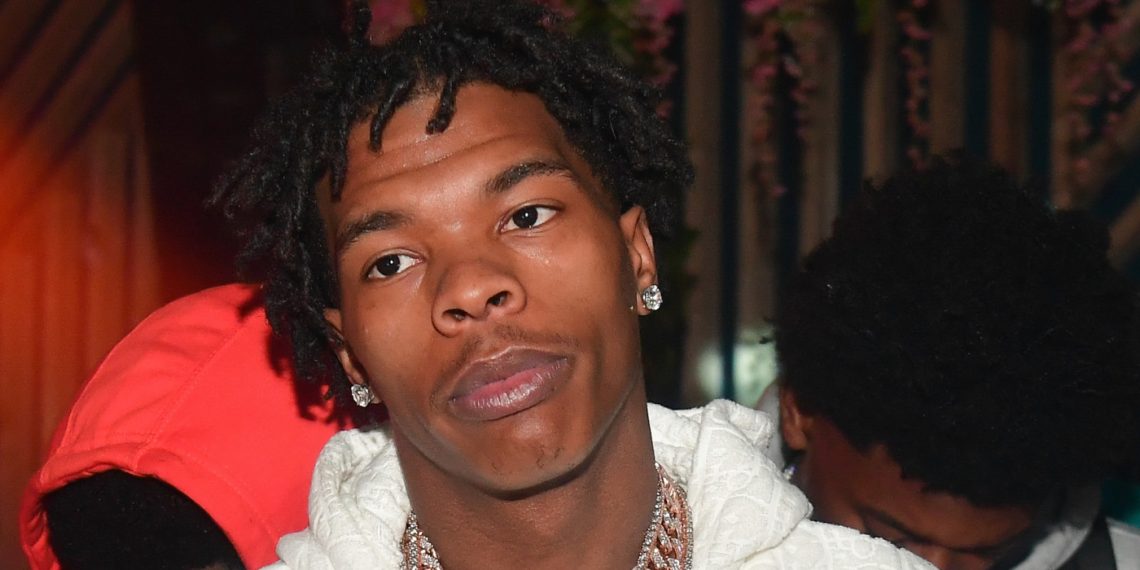 How much does Lil baby have?

We all tend to ask similar questions online.

If you are actually here from a search result page, then the odds are; you searched for something similar to this.

Today, there are so many young artists who are making it big in the music industry.

Gone are the days when making it in the music industry was damn hard.

Today, with the right promotion and awareness, one can easily showcase his/her talent to the world.

You will agree with me that the American industry is the biggest music industry in the world today.

The biggest music stars in the world are all from the American music industry.

Today, there are so many fresh talents in the industry.

Lil Baby happens to be one of them.

Today, Lil Baby has gained so much money and fame in the industry, and this is as a result of his talent and consistency.

In this article, we are going to look at the biography of Lil Baby.

Dominique Armani Jones (aka Lil Baby) is an American rapper and songwriter who was born on the 3rd of December 1994 in Atlanta, Georgia USA.

It was in 2017 that he was fully shot into the limelight.

This was after he released his mixtape titled ‘Perfect Timing‘.

Over the years, he has remained consistent in the industry.

Today, he is even ranked as one of the best hip-hop/trap artists in the music world.

Lil Baby was born and bred in Atlanta, Georgia.

When the singer was just two years old, his dad left him and his mom alongside two of his sisters.

As a result of this, Lil Baby’s mum was left alone to take care of him and his siblings.

While in school, Lil Baby used to often get in trouble.

This even once led to him being dropped out from Booker T. Washington High School when he was in ninth grade.

Back in 2012, Lil Baby was charged to court for illegal possession of marijuana with intent to sell.

His first lawyer tried to persuade him into taking a 2-year plea but Lil Baby refused, so he got a new lawyer.

Lil Baby’s new lawyer was able to place him on a special program which would only allow him for a year.

While Lil baby was in this program, he got into a serious quarrel with a white prisoner over racist comments.

Later on, Lil Baby’s sentence was replaced with the initial 2-year deal.

In 2013, he was again charged for the possession of marijuana (less than an ounce).

The following year, he was then re-arrested and charged for the same crime.

After he was jailed for two years, Lil Baby then began his career in the music industry as a rapper.

He actually started out in the industry with 4 Pockets Full (4PF), and then Quality Control Music Label.

A while after his release, Lil Baby released a mixtape which was titled ‘Perfect Timing’.

In this music project, he featured the likes of Lil Yatchy, Young Thug, and a few others.

On the 18th of July 2017, he released another mixtape which was titled ‘Harder Than Hard’.

Later that same year, he dropped another mixtape.

This was a collaboration mixtape that he dropped with his friend Marlo.

The tape was titled ‘2 The Hard Way.

Although this tape was a success, it wasn’t as successful as his first two mixtapes.

Now, despite the fact that he had dropped a total of three mixtapes, Lil Baby was not yet in the limelight.

It was when he dropped his mixtape titled ‘Too Hard’ in December 2017 that he got his breakthrough.

The lead single of this mixtape was ‘Freestyle’.

Following its success, he later released the music video for this song.

The mixtape also contained the hit single titled ‘All Of A Sudden’ in which he featured Moneybagg Yo.

In 2018, Lil Baby then released his first studio album titled ‘Harder Than Ever.”

This album featured at the number three spot on the Billboard 200 Chart.

The album had singles like ‘Yes Indeed’ (Featuring Drake), ‘Southside’, and more.

The single ‘Yes Indeed’ (Featuring Drake) made it to the number six spot on the Billboard Hot 100 Chart.

Another single from the album also featured on the 74th spot on the Billboard Hot 100.

He and Gunna made this mixtape together.

The lead single of this tape which was titled ‘Drip Too Hard’ was certified Platinum by the RIAA.

Furthermore, the song made it to the number 4 spot on the Billboard Hot 100, and it was also nominated in the category of Best Rap Song Performance at the 62nd Grammy Awards.

Towards the end of 2018, Lil Baby was featured in the Adult Swim Television series titled FishCenter Live.

This was another mixtape that made waves in the music industry.

Later on, Lil Baby appeared in the movie titled ‘How High 2’.

This is actually a sequel to the 2001 movie titled ‘How High’.

After this, Lil Baby continued to release hit songs that were streamed across the globe.

Today, he has dropped a total of two albums and a couple of mixtapes.

Recently, he was featured in a song titled ‘So Crazy’ by Nigerian singer ‘Davido’.

This was part of Davido’s album titled ‘A Better Time’.

After the release of this song, it received some negative reviews from Lil Baby’s fans.

However, the song still made it to the limelight, and it was accepted by so many fans.

On the 8th of March 2020, Lil Baby held a concert in Birmingham, Alabama.

However, this concert was interrupted by a shootout which caused everyone including Lil Baby to flee the arena.

A victim was taken to the hospital after the shoot out.

According to the police, the victim had no serious injuries, so he would survive.

To date, no suspects have been arrested regarding this incident.

Back in 2016, Lil Baby began a romantic relationship with Jayda Chaves.

She was featured in Lil’s music video titled ‘Close Friends’.

His first son named Jason is also a rapper like him, and he aspires to be just like his dad.

Currently, this kid goes by the stage name ‘Baby Jason’.

Over the years in the industry, Lil Baby has bagged a couple of major awards and nominations.

He is actually a recipient of two major awards.

These are the BET Award for Best New Artist, and the BET Hip Hop Music Awards for Impact Track.

Furthermore, he has been nominated in major awards.

Some of them are: The American Music Awards, BET Awards, MTV Music Video Awards, and even the Grammy Awards.

He is currently nominated in two categories at the 63rd Grammy Award.

The results are not out yet, so we can not tell if he will win them or not.

As a young and wealthy musician, Lil Baby surely owns a lot of luxury assets.

In this section of this article, we are going to look at some of the major assets owned by Lil Baby.

Here are the cars in Lil Baby’s garage.

There might be more, but these are his known cars.

Although Lil Baby is a very famous artist, much is not known about the exact house which he lives in.

He is said to own an expensive mansion in Atlanta where he was born.

However, we do not know how true the reports are.

He often posts photos of himself in his house on his social media timeline, but many details are not known about them.

Aside from his cars, houses, and clothes, Lil Baby is also a lover of jewellery.

Lil Baby owns a couple of Rolex wristwatches that are said to be worth about $50,000 each.

He also has a couple of Cuban Link bracelets.

Lil often wears these bracelets on each of his arms.

The bracelets are estimated to be worth about $15,000 each.

What is “Lil Baby Net Worth?”

Although Lil Baby hasn’t been in the music space for a very long time, he is making it big already.

With music and album sales, streams, and lucrative endorsement deals, he surely lives his dream life.

Currently, Lil Baby has an estimated net worth of a whopping $8 Million Dollars.

Summary of Lil Baby Net Worth

From this wonderful article, you can now see a lot of things about Lil Baby.

Although he is slightly new in the industry, he has created a space for himself amongst other big stars.

Today, he is ranked as one of the forefront hip-hop acts of the music world.

If you are a fan of this rapper, feel free to drop your comments in the comment session below.