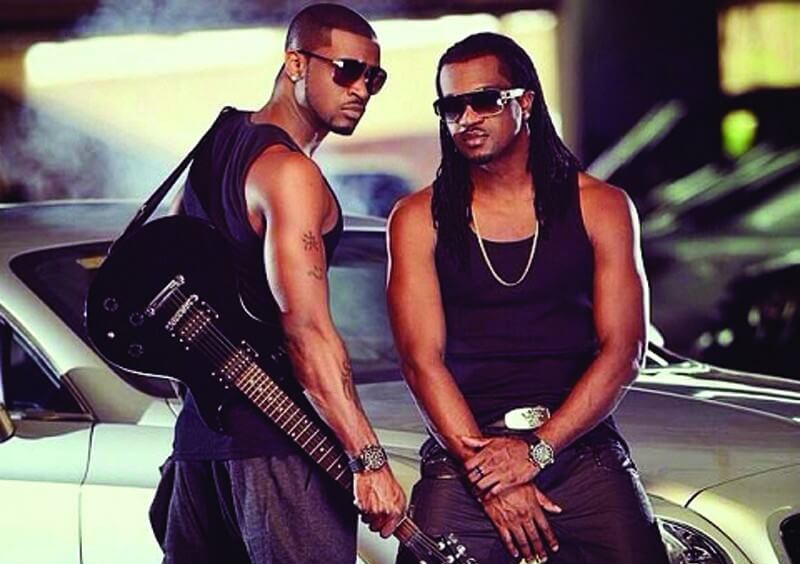 Want to know the individual net worths of both Mr P and Rudeboy of the disbanded P-Square group?

Everyone knows the twin’s Peter and Paul of the dis-banded P-Square music group.

After disbanding a few years ago.

Millions of fans have been wishing for them to get back together, but they have continued to stay solo for some years now.

Peter and Paul Okoye of the defunct P-Square music group are twin brothers.

They are both musicians, instrumentalists, and songwriters.

During their early days, they attended the St. Murrumba Secondary school in Jos.

While in school, they both joined the school drama and music club.

As members of the school music club, they started out by dancing, singing, and imitating music idols like Michael Jackson, MC Hammer, and Bobby Brown.

As they gained so many accolades for their talents.

They later decided to form a quartet group.

This group was named ‘MMMPP’.

It was made up of M Clef, Michael, Melvin, Peter, and Paul.

M Clef was later dropped from the group, so they changed the name to ‘MMPP’.

Together, they drew inspiration from Michael Jackson who was their idol.

Being blessed with the talent of singing and dancing, they soon became little stars in the city of Jos in Plateau State, Nigeria.

They performed for schools, and some other small occasions.

In the year 1999, both Peter and Paul went to a music school.

There, they developed their musical talents.

They also learnt how to play musical instruments like the piano, guitar, drums, and more.

When they passed out, they made soundtracks for a few movies in Nigeria.

Much later that same year, Peter and Paul gained admission into the University of Abuja to study Business Administration.

The Smooth Criminals music band was disbanded, as all members separated into different Higher institutions of study.

While in the University, Peter and Paul created a new music group.

This group experienced a lot of name changes like P&P, Double-P, and Da Pees.

After all these name changes, they finally came up with the name P-Square.

As P-Square, they were promoted by Howie T, who was a concert promoter.

About two years later, P-Square won the Grab Da Mic Music competition, and they got a sponsorship for their first album.

This sponsorship was handled by Benson & Hedges.

The album was titled ‘Last Nite’, and it was released under the record label Timbuk2 Music.

Barely 3 months after the release of their album ‘Last Nite’, they won the Amen Award for Best R&B Music group in 2003.

They were also nominated for the Kora Awards for the Most promising African music group.

After releasing their first album, they have released a host of other albums.

In 2005, they released their second album titled ‘Get Squared’.

This album and all other albums after it were released under their own music label called ‘Square Records’.

All these albums were award winning albums, and they made waves in the international scene.

The duo have won many awards and nominations in the past.

They were nominated for the Most promising African group Awards hosted by Kora Awards.

The year turned out to be one of the most successful for the duo.

In 2006, they won a total of about five Headies, two NMAs (Nigerian Music Awards), One City Mag 9th Awards, and they were nominated for the Best African Act Award by MOBO.

In 2007, P-Square won the Channel O Music Awards for Best Duo or Group.

In 2008, P-Square won a couple of Awards like the Channel O Music Awards for both Best Duo or Group, and Video of the Year.

They also won the award for Best Group in the MTV Africa Awards.

Still in 2008, they bagged nominations like Best African Act by MOBO Awards, Ariste of the Year, Best R&B and Best Video awards all by MTV Africa Awards.

In 2009, P-Square won the MTV Africa Award for Best Group.

They were also nominated for the award of Best Live Performer, but they didn’t win that year.

In 2010, P-Square won the Kora Award for Artiste of the Year and also the Lil Perry Productions Award for Producer of the year.

They also bagged nominations from MOBO Awards again for the Best African Act.

In the year 2013, the duo won the Channel O Music Awards for Most Gifted African (West) Video.

They also bagged nominations for the Artiste of the Year award from the Ghana Music Awards, and also the award for Best International Performance from the Soul Train Music Awards.

However, they bagged some wonderful nominations in awards like the MTV Africa Awards for Best Group, Artiste of the Year, and Song of the Year.

They were also nominated for the Best African Act Award by the Ghana Music Awards.

2015 Marked their first year to feature in the MTV Europe Awards.

They got two nominations from this award in the categories of Best Group, and Artiste of the Decade.

You can see for yourself that the duo have won a lot of mind-blowing awards both from the African music scene, and the international music scene.

Though they were very happy together as a music group back in the days, the P-Square group started experiencing major disagreements in 2016.

Then, it was just a minor argument about their manager’s role.

This was their elder brother Jude Okoye.

This issue was later resolved, and the duo got back together.

However, after releasing just a few more songs together, their disagreements got worse, and they decided to separate.

Today, Peter is a solo artist who goes by the name Mr. P, and Paul has also gone solo with the name Rudeboy.

Still, imaging what could be Mr P And Rudeboy Net Worth? Continue reading to find that out.

Mr. P of P-Square is a Nigerian musician who goes by the real name Peter Okoye.

He is the elder twin of the disbanded P-Square group.

They reportedly dated for about seven years before they got married.

Lola is a bi-racial lady, whose father is a Nigerian, and mother is a Russian.

Peter and his wife Lola are blessed with two children.

A boy and a girl named Cameron and Aliona respectively.

Mr P has a lot of mansions in different high class locations like Banana Island, Ikoyi, and Lekki.

These mansions all cost over 2 Billion Naira collectively.

Mr P is one huge fan of automobiles.

He has a collection of classic cars.

Here are some Mr P collections of cars:

Rudeboy is the younger twin of the defunct P-Square music group.

His birth name is Paul Okoye.

As a solo Artiste, he goes by the stage name Rudeboy.

He is married to Anita Isama.

They met at the University of Abuja in 2004, and they got into a relationship.

Today, they are blessed with three kids.

Andre, and the twins Nathan and Nadia.

Just like his brother Mr P, Rudeboy owns some beautiful mansions in places like Lekki phase 1, Banana Island, and Ikoyi.

While still together, they also had a very huge mansion in Omole Estate in Lagos Mainland, but they sold it after their separation.

Rudeboy is another Nigerian Artiste who has a couple of cars in his garage.

Here are some collections of Rudeboy Cars.

These are the known cars owned by the popular Nigerian musician Rudeboy.

With several hit singles and endorsement deals as a Solo Artist, Rudeboy is currently an estimated net worth of $16 Million dollars.

However, Mr P And Rudeboy Net Worth are different not that before when there were together in the P square music group.

You can see that Mr P and Rudeboy have gone far in the music world both as a group and as single acts.

So many of their fans wish for them to get back together.

However, we do not know how possible this is, so we have to just keep watching.