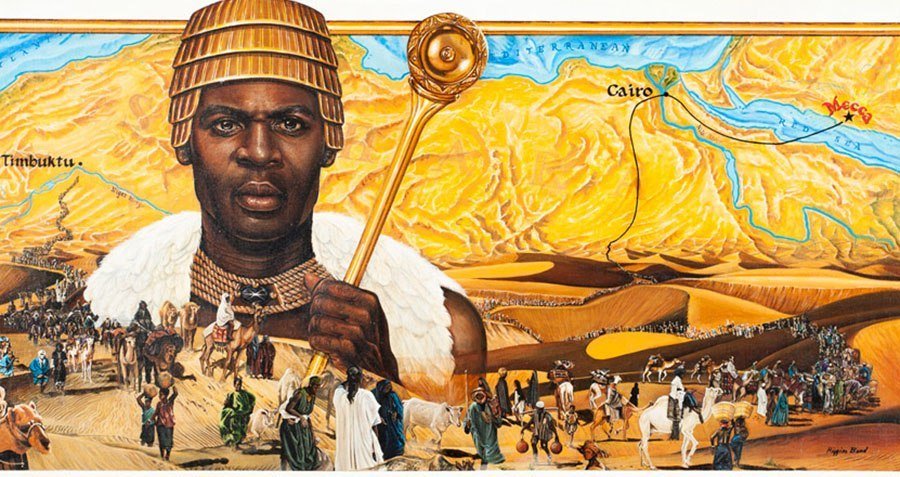 So who is the richest man that ever lived on earth?

That is what you will find out in this article today.

Whenever we talk about the richest people on earth, names like Bill Gates, Jeff Bezos, Elon Musk, and others come into our minds.

However, this list is quite contrary to what you are already thinking of.

Although these men mentioned earlier are the richest men in the world today, none of them are actually the richest man that ever lived on earth.

So who then is this richest man that ever lived on earth?

Read on to find out…

In this article, we are going to thoroughly examine the life of this man, and how he made all the wealth that made him the richest of all time.

So without wasting your time any longer, let us get down to business.

Now let us go to the real question of this article.

Who is the richest man of all time?

The answer to this question is simple.

The richest man that ever lived on earth is none other than Mansa Musa.

A lot of people do not know of Mansa Musa.

Probably the history students do.

Mansa Musa (Born in 1280) was an Emperor of the Malian Empire.

Surprisingly, this man is of African roots.

This ruler actually acquired most of his wealth from trading gold and salt.

During his era, he accounted for half of the world supply of these products.

As a result, he played a strong role in the economy of the world.

Back in 1324, Emperor Mansa Musa went on a pilgrimage to Mecca.

On this trip, his entourage comprised about 60,000 caravan units with thousands of workers and hundreds of camels and gold.

It was also said that the amount of gold they had with them sent ripples throughout the whole Mediterranean world.

During his visit, he blessed the city with gold.

He gave large quantities of treasure to poor and needy people and also used to build a new mosque every Friday at different locations.

Throughout his lifetime, he spent a lot in Medina and Cairo.

Though Mansa Musa carried out a lot of eye-popping projects and brought hope to so many, he is not well known in the modern world.

He is mosty known only in African countries with Muslim ties.

To date, there are still some historical mosques that were built by this legend.

After Mansa Musa died back in 1337 at the age of 57, he left all his wealth to his family.

However, his heirs squandered a huge part of his wealth and even failed to maintain the family’s worth and honor after just two generations down the line.

Before he was actually conquered by foreign nations who invaded the region, Musa was said to be the tenth Mansa of the Malian Empire.

He also ruled over a major part of Ghana, Mali, Mauritania, and a few other nations.

To date, economists and historians still find it hard to fully estimate the net worth of Mansa Musa.

The prestigious ‘Time Magazine’ even once disclosed that there is no way to put an accurate number on the wealth of Mansa Musa.

A lot of experts speculate that his net worth is way higher than what people think.

However, a few people think that it is exaggerated, as they believe that the Rothschild Family is richer than Mansa Musa.

A lot of people believe that for being the most wealthy banking family of all time, the Rothschilds could have people who are richer than Musa.

Recently, a lot of experts have discredited these claims.

So what exactly is his net worth?

From estimates by experts, it is said that Mansa Musa had a whopping net worth of $400 Billion Dollars before his death.

According to reports, he is worth more than this, but this is the sure estimate.

With such a whopping net worth, Mansa Musa is indeed the richest man that ever lived on earth.

From the texts you’ve gone through, you can confirm that Mansa Musa is indeed the richest man amongst all the rich men in the world.

Although the modern world has forgotten this legend, his works are still remembered.

One of his notable works is the Sankoré University.

As we speak, this University has become a full university with over 25,000 students, as well as the largest library in the world.

This library is said to contain over a million historical scrolls and manuscripts.

Richest Men In The Modern World

I believe you have now confirmed that the richest man that ever lived on earth is someone you probably didn’t know.

Having seen that, we will go through a quick list of the richest men in the modern world today.

These men are well known by people of the modern world.

A lot of people even think they are the richest men of all time.

However, I believe that this article has cleared the doubt.

So here are some of the richest men of the modern world.

Wealthiest Men In The Modern World

After experiencing very fast growth, Elon Musk is currently the richest man in the world.

Just a few months back, this man was ranked as the third richest man on earth.

However, that changed quickly, and he is now the richest man on the list.

Elon Musk is the Chief Executive Officer of Tesla.

This is one of the leading makers of electric automobiles in the world today.

Aside from this company, Elon is also the head of SpaceX.

This is a rocket company that is valued at over $36 Billion Dollars.

As a very creative scientist, Elon Musk has a strong dream to take the technology of the world to a new level.

He also envisions the transformation of the transportation system here on earth.

What is Elon Musk net worth?

As we speak, Elon Musk is worth a whopping $197 Billion Dollars.

With such a whopping net worth, he sits firmly as the richest man on earth today.

Jeff Bezos is currently the second richest man in the world.

This man used to top this list before now, but Elon Musk has taken over the position from him.

Bezos is the founder of the famous ecommerce company called Amazon.

He established this company back in 1994.

During this time, he used to run the business from his garage at home.

Today, Amazon is the biggest e-commerce company in the world.

As a result of the Lockdown due to the covid-19 pandemic, Amazon experienced a rise in profit.

This was because most people resorted to online shopping following the Lockdown rules.

After divorcing his wife back in 2019, a part of Jeff Bezos’ share at Amazon was given to his wife.

As a result, his net worth decreased significantly.

What is Jeff Bezos net worth?

Jeff Bezos is currently worth a whopping $182.4 Billion.

With such huge net worth, he is currently ranked as the second richest man in the world.

Whenever we talk about the richest men in the world, the first person that comes to the mind is Bill Gates.

However, he is no longer the richest man in the world.

Bill Gates actually topped this list for years before he was overthrown by Jeff Bezos and Elon Musk respectively.

Bill Gates is the founder of the famous Microsoft Company.

He actually founded this software company alongside his friend Paul Allen.

As we speak, Bill Gates owns just 1% of the stake in Microsoft.

He was actually the first modern billionaire to reach $100 Billion Dollars.

However, he soon made several donations to Charity organizations and other philanthropic bodies.

As a result of this and a drop in stakes, his net worth decreased significantly.

He is now more focused on the Bill & Melinda Gates Foundation.

This is the largest private Charity organisation in the world today.

What is Bill Gates net worth?

With a whopping net worth of $132 Billion Dollars, Bill Gates sits firmly as the third richest man in the world.

So far, these are the three biggest billionaires in the world today.

Final Thoughts on Who is the richest man that ever lived?

From this wonderful article, you can now boldly give an answer whenever a question is asked about the richest man that ever lived on earth.

Although there are several modern billionaires as listed in this article, none of them is the all-time richest man.

The richest man that ever lived is Mansa Musa.

In all, we do hope you found this article useful or interesting.

If you did, please drop your comments below.