Wizkid’s House and Cars: How Much it Worth? 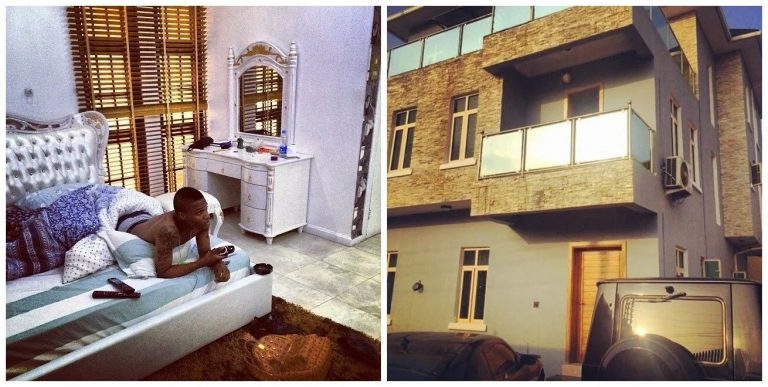 Today, we are going to inform you about Wizkid’s house and cars.

How many house does Wizkid own?

Or how many cars do Wizkid have?

Moreover, in this post, we will try as much as possible to tell you in detail about how many houses and cars Wizkid owns and what it’s their worth?

He started his own music career in 2001 as a solo artist with a stage name ” Lil Prinz” before he later changes to “Wizkid” in 2006.

However, the young millionaire has a net worth of $21 million according to Forbes and it still increasing.

Besides, he lives a luxury lifestyle with exotic cars and houses worth millions of Naira.

In fact, he started his own record label at the age of 23.

This is what we all know as Starboy Entertainment in which he is the CEO.

Although, it is claimed that Wizkid likes to live a luxurious lifestyle.

However, most people close to him state he is down-to-earth.

There has always been a dispute regarding who is the richest between Wizkid and Davido.

However, this young musician has various endorsement deals with Globacom, MTN, as well as the recent one with Sony entertainment.

Besides, he has also performed in collabo with Drake, Akon, Chris Brown as well as Tiny Temper.

What is the Worth of Wizkid House?

Wizkid have many houses that claim to cost millions on Naira.

However, Wizkid’s first house is located in Lekki, Lagos which was estimated to worth N13 Million back then in 2016.

We all believe that this house should cost more than N13 million by now.

Moreover, they were a rumor that he also owns a house in Los Angeles, United State which costs him millions of dollars as well.

Another rumor also shows up that the famous songwriter and singer own another house in Banana Island in Lagos which is the most costly place to live.

In Fact, many people believe that the house is close to Linda Ikeji House, the famous celebrity blogger.

Nevertheless, we believe that the popular musician lives in his second house located in Surulere, Lagos.

The same house was estimated to worth N68 Million as of then.

Now let have another look at Wizkid Cars.

How Many Cars does Wizkid Own?

If you look at the young million lifestyles then he owns many cars and automobile models.

However, here are all cars owned by Wizkid’s and the worth of it;

Now have you seen the Wizkid’s house and cars worth or do you still want us to do the rouge estimate for you?

His endorsement deals and professional singing are the main sources for Wizkid’s House and cars.

Moreover, he has continually expanded his music to an international level and promises to take the African music industry to a higher stage.

How Much are Wizkid’s House and Cars Worth?

According to Forbes, Wizkid has an estimated net worth of $21 million in 2021.

The same famous singer and songwriter’s net worth were $12 million.

However, this net worth is calculated based on all your asset like a house, cars, and other investments owned by the person.

Moreover, the young superstar keeps surprising the world with his own richest.

We all believe that the world have something greater for his music career as he keeps on releasing remarkable hit.

Conclusion on Wizkid’s House and Cars

Do you think we have covered all the information about Wizkid’s house and cars?

What other information can you contribute to this post?