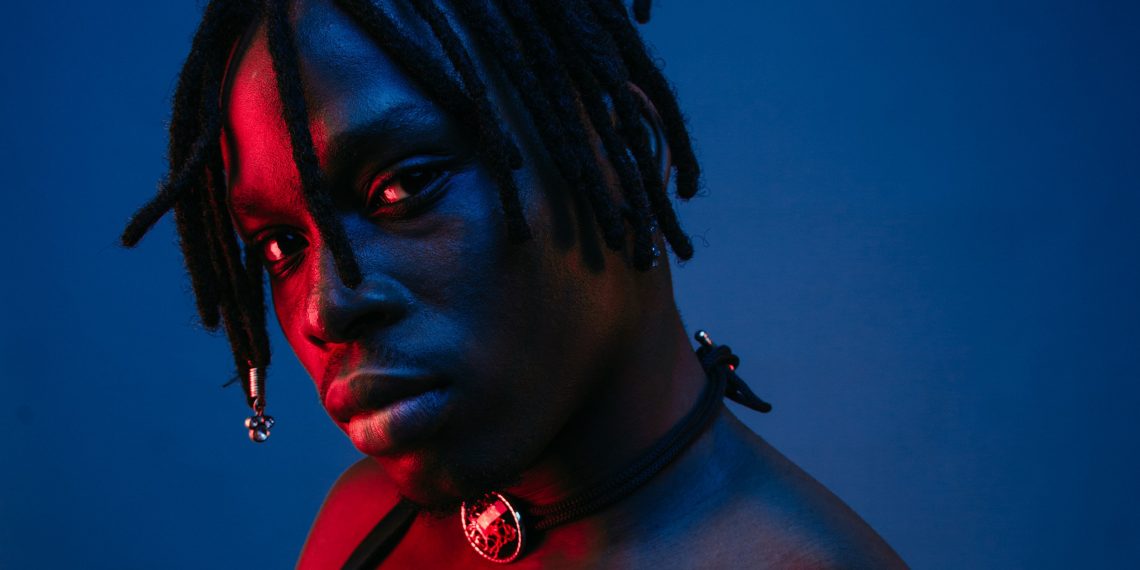 What is Fireboy DML Net Worth?

Today in Nigeria, you will agree with me that we are blessed with the highest combination of new and talented artists.

These artists are so talented, that they have already created a firm space for themselves right in the music industry.

Now, talking about these new and talented artists in Nigeria, Fireboy DML is one of them in the country today.

Though he is a new singer, most of the household hits today are actually his songs.

The singer is so talented and loved across the nation.

Surely, these young stars are predicted to be the future leaders of the Nigerian music industry.

This is indeed true because looking at it with a critical eye, you will see the future in the music industry.

All it takes is consistency, and the natural talent.

And it seems that Fireboy DML is one of the consistent new acts in the nation.

So that automatically makes him one of the most promising young artists in Nigeria.

In this article today, we are going to look at the life of this wonderful singer, and also how much he has made thus far in the Nigerian music industry.

Without wasting your time, let us get down to business.

Adedamola Adefolahan is a Nigerian musician, and songwriter who goes by the stage name “Fireboy DML”.

The singer was actually born in 1996, but he is already a well known star around the country.

Though he is new in the industry, Fireboy has already created a firm space for himself in the Nigerian music industry.

Today, he is already an award-winning singer with a huge fan base across the nation.

Fireboy DML had a natural love for music right from when he was still a young member of his local church choir in Abeokuta where he grew up.

Though he was a member of  a local church choir.

He never thought of a career in the music industry until he was at the Obafemi Awolowo University.

At the University, Fireboy developed a strong interest in starting a music career.

Although he started while in school, he struggled for a bit before he was then discovered by Olamide who signed him to YBNL Nation.

As a young artist under the YBNL Nation, Fireboy received his breakthrough with the hit single titled “Jealous”.

This single appeared on the YBNL Mafia Family Album in 2018.

The song is a very creative song with a perfect blend of African guitar melodies, percussion, and drum which also makes it a pass for soul music.

The single was produced by Cracker Mallo, and the whole lyrics of the song are based on love and feelings of insecurity.

The music video for this single was handled by Director K and this song shot Fireboy DML into the spotlight.

The following year in 2019, the singer again dropped another banger titled “What If I Say”

This was another romantic single and it featured wonderful tunes from the producer Pheelz.

He created a perfect blend of harmonies from different instruments which formed a unified beat.

Fireboy’s vocals accompanied this beat and made it a hit single across the nation.

The video of this song was shot by TG Omori.

Barely three months after he dropped the single ‘What If I say’, Fireboy dropped yet another hit song titled “King”.

This song was produced by Echo The Guru.

Just like his previous hit, the video of this song was directed by TG Omori.

The video features the singer dropping his lyrics at a fashion runway where models walk.

It also features the singer and his video love in a Rolls Royce car with a background designed to suit the theme of love.

Towards the end of 2019, Fireboy dropped his first album titled ‘Laughter, Tears and Goosebumps’.

The initial date for the release of this album was on the 25th of November, but it was later shifted to the 29th.

This album perfectly represents a niche in the mixture of R&B and Afrobeats.

The album is actually a combination of social issues, love, and many more interestingly deep topics.

This album is made up of 13 songs, and he didn’t feature any guest artist in it.

Barely 3 days after the release of this album in November, it received over 6 million streams on Spotify.

This album received a lot of accolades from music reviewers across the nation.

However, some reviewers criticized the singer for labeling the album an ‘Afro-Life’ album, instead of labeling it as an R&B project.

This album contained already-popular singles like ‘Jealous’, ‘King’, and ‘What If I say’.

Recently in 2020, the singer again released the tracklist of his new and latest album titled ‘Apollo‘.

In an interview, the singer made a clear statement that the likes of Wande Coal, Jon Bellion, and Passenger influenced his music pattern.

The singer ‘Fireboy DML‘ describes his singing pattern as ‘Afro-Life’.

He further said he actually composes songs that his listeners can relate to.

A few publications have reviewed his music as ‘slow-groove pop’, as it tells stories about love in a creative structure, with a slow and steady accompaniment.

Fireboy has dropped a couple of hit singles, and he has also managed to drop two wonderful albums.

However, the singer doesn’t have an EP or a Mixtape to his name.

An album is indeed a bigger music project than the aforementioned.

So we have to commend the singer for two whole albums within the time he has been in the industry.

Here are the two albums released by Fireboy DML.

LTG is Fireboy’s debut album in the music industry.

This album actually contains 13 tracks without a single collaboration from a guest artist.

It was released back in 2019 and it contained hit songs like Jealous, King, and many others.

This album really shot Fireboy DML into the limelight and it received millions of streams across major digital music sales platforms.

Following the success of Fireboy’s first album, he dropped yet another the following year in 2020.

In August 2020, the singer released the official track list of this album.

So far, these are the only albums Fireboy has released for the time being.

With the level of consistency which the singer tends to portray over the years.

We are sure he will drop many more wonderful music projects in the future.

For now, we just have to keep enjoying what he has already done, as they are still very fresh.

Here are some hit singles released by Fireboy DML

The singer continues to drop hit singles, and he has gathered a huge fan base within the country.

Despite being a young artist, Fireboy has already bagged a couple of Nominations and two major awards in the Nigerian music industry.

Here are some major Nominations which Fireboy has bagged in the music industry.

In 2019, Fireboy DML bagged a few Nominations at the Headies Awards.

Still, in 2019, the singer again bagged a couple of Nominations and a win at the City People Music Awards.

He was nominated in the categories of Best New Act of the Year, Song of the year (Jealous), and also Revelation of the year.

In 2020, Fireboy DML was again nominated for the category of Best New MVP at the Soundcity MVP Awards Festival.

Here are the list of award won by Fireboy DML

In 2019, Fireboy won the City People Music Award for Most Promising Act of the year.

In 2020, the singer again bagged an award from Soundcity MVP Awards Festival.

This was an award for Listener’s Choice.

He actually won the award with the song ‘Jealous’.

As a new and trending singer, a lot of people ask about the things owned by this singer.

In terms of cars, Fireboy DML has the following cars;

We do not know of other cars owned by Fireboy DML.

The houses owned by Fireboy are not well known to the public.

We are on the watch and will come up with updates whenever new information comes up.

What is Fireboy DML Net Worth?

This is surely a huge amount for a young boy like Fireboy.

That should tell you that he indeed lives his dream life.

Summary of Fireboy DML Net Worth

These are the interesting facts we know about Fireboy DML.

From this article, you can confirm that the singer is really making waves in the Nigerian music space.

He is ranked as one of the future leaders of the industry.

If you actually found this article useful, then feel free to drop your comments below.