10 Most Expensive Cities in Nigeria 2022 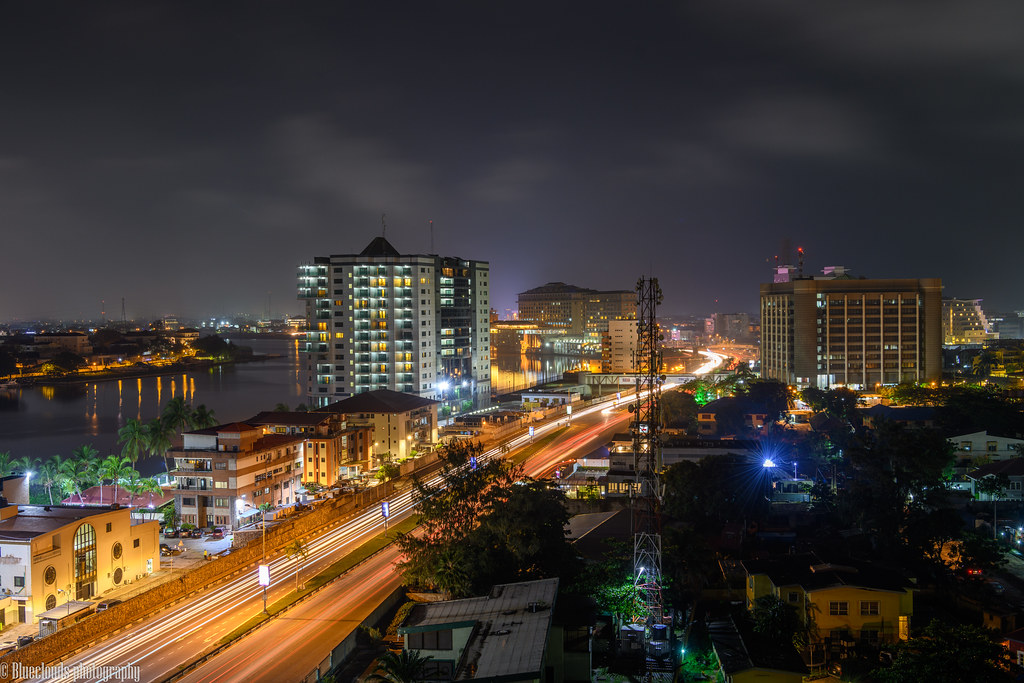 There are some most expensive cities in Nigeria in which the cost of living is higher than in other cities.

In this article, we will be informing you about the most expensive cities in Nigeria in 2021.

However, we will also tell you what are the cost of living in those particular cities.

At the same time, there are other cities that are more attractive to their inhabitants in terms of cleanliness.

Moreover, most of these expensive cities in Nigeria are with the high cost of hotels, clubs, and other social lifestyles.

But with more tourism attraction that worth your stay.

You can also choose to start a business in these most expensive cities in Nigeria.

If that is your plan or worth your investment.

You will discover that your business will grow faster than people operating the same business in the poorest states in Nigeria.

However, another important thing you need to know is that these most expensive cities in Nigeria are with the high cost of living.

Besides, it can be terrible if you are just moving-in to these expensive cities without a job.

In addition to that, Nigeria is a country with 36 states.

You can also agree with me that not all the states are equal in terms of the popularity and nature of the lifestyle.

Also, have it in mind that most of these 36 states in Nigeria receive a different allocation.

Each state resources can never be compared to another state.

Now let introduce you to the 10 most expensive states in Nigeria and how it be of help to you or affect your relocation.

Top 10 Most Expensive Cities In Nigeria 2021

Here are the top 10 most expensive cities in Nigeria 2021

There is no doubt the Abuja takes the lead as the most expensive city in Nigeria.

Besides, the cost of living in this state are expensive from Apartment rent, foodstuffs, and transportation.

Mostly, the cities have a residential area different from the business area and it is also where top government official are living.

Moreover, Abuja has also emerged as the second most expensive city in Africa due to the high cost of living.

Typically, a four-bedroom apartment in an estate goes for 3 million Nairas and above.

But the cost of rent is also subjected to some area where you can find houses with less charge or even higher than that amount.

Additionally, transportation cost are expensive if you wish to moves around the town.

You will also find it hard to see the shopping center and markets on the road-side compare to other expensive cities in Nigeria.

Check Out: Where is The Most Expensive Place in Abuja?

Lagos is regarded as the busiest city in Africa and a commercial hub for Nigerians.

However, the cities are so populous to occupied over 20 million peoples.

This has made the city the largest city in Africa.

This city are also regarded as the fastest growing city in Africa where over 50% of business has their main office.

Additionally, Lagos has the fourth-highest GDP in Africa where the largest seaport in Africa is located.

Besides, the seaport is located in the Apapa Local Government where over 2 million businesses are done every week.

The state was created in 1967 with 16 Local Government Areas.

It was once the capital of Nigeria until in 1991 where the federal capital was moved to Abuja due to the port city congestion.

Moreover, this has made Lagos the second most expensive state in Nigeria with 20 million populous according to the 2019 population historical.

Check Out: Top 10 Most Expensive Place in Lagos

Port-Harcourt is one of the most expensive cities in Nigeria based on the oil settlement in the State.

However, Port-Harcourt is the state capital of Rivers with an estimated population of 1.8 million.

Besides, Port-Harcourt is also known as Pitakwa which is a city with mostly Igbo people.

The city was created as Port-Harcourt in 1912 even before the creation of the country Nigeria.

Moreover, it was in 1956 that Crude Oil was discovered in the State which has attracted more investors and businesses to the state.

Some of the petroleum companies you can easily find their business office in this city includes the Shell, Total and Chevron.

In addition to that, the cost of living in Port- Harcourt is not as high as living in Lagos.

But Port Harcourt remains one of the most expensive cities in Nigeria.

Warri is also among the most expensive cities in Nigeria

It is also one of the oil-producing states in Nigeria even not on the top listing.

However, Warri was also the first civilize city in Nigeria which has now housing major oil companies in Nigeria.

There have their own language (Pidgin English) which is used by all inhabitants of the city.

Moreover, the city is populated with 500,000 estimated people with mostly Christianity religion.

In addition to that, Warri has a railway at Ajaokuta to the port of Warri which is about 329 km in length with ongoing construction of 27Km to complete the railway.

Kaduna is located in the northern part of Nigeria which is one of the most expensive cities in Nigeria.

However, the city is regarded as the production home for textiles, steel,  plastics, pharmaceuticals, leather goods, furniture, televisions, and commonly used petroleum products.

It is also a business hub and industrial center for the country of Nigeria.

Moreover, the city is mostly known for trading and agricultural settlements which houses over 750,000 inhabitants.

The city is blessed with good means of transportations (roads and railways).

Some of the important agricultural product you can find in this city includes cotton, peanuts, sorghum, and ginger, etc.

In addition to that, the city also has a Peugeot Automobile assembly plant, oil refineries, Nigerian Stock Exchange, inland dry port and the largest market in Nigeria.

Besides, footballers like Celestine Babayaro, Michael Eneramo, and Dahiru Sadi are citizens of this state.

However, the city has both Muslim and Christian worshipers but predominantly by Muslims.

Asaba is not just the sixth most expensive city in Nigeria but also one of the most beautiful states in Nigeria.

However, the city is the capital of Delta state with over 180,000 estimated inhabitants.

Besides, one of the prominent things about Asaba is that they are well known for Hotels, Clubs and another social lifestyle.

It is one of the cities in Nigeria you can think of when looking for a place to spend a holiday with your family.

If you visit the city without been informed about the roadside robbery or pickpocket then you might fail a victim.

Moreover, the Onitsha bridge is the border between Delta State and Anambra State.

Delta Yaddah is a program that hosts a series of gospel singers and other important entertainers in the city.

However, one of the reasons that made this city among the most expensive in Nigeria is the foreigners who are living in the city for business.

These have made the cost of living to be high in Asaba.

Owerri is known as the heart of Igboland which is in the southeastern part of Nigeria.

However, Owerri is the capital of the Imo state with three Local Government Areas.

Besides, the estimated population of the city is at 1.4 million as of 2019.

Most of the city inhabitants are into business in which the most focus on social businesses like Hotels and Clubs.

Moreover, it is also known for pageantry which holds every year for “Miss Heartland” and “Miss Adanma”.

In addition to that, the city is also rich with crude oil, national gas, and Agriculture

Most of their agricultural products are palm-oil production, Cassava, Yam, Rubber, etc.

Calabar is the capital of Cross Rivers State with so many tourist attractions which has made it one of the most expensive cities in Nigeria.

However, the city is also known as “Akwa Akpa” and it is rated as the best tourist location in Nigeria.

Not just being a tourism capital in Nigeria

The city is as well one of the cleanest cities in Nigeria due to the Ministry of Environment guidelines.

Calabar estimated population is at 450,000 inhabitants as of 2019 with an area of 406 square kilometers.

Moreover, the city also have one of the major rivers in Nigeria which were used for shipping out goods such as palm oil and exportation of slaves.

One of the major tourist attractions in the city is its yearly Festival Carnival which held between 21st till 29th December of every year.

However, this attracts many Nigerian and foreigners to visit the city every year.

In addition to that, you can choose to visit the colonial palace, international museum, botanical garden, seaport, Free Trade Zone, cultural centers and many other tourist locations.

The cost or renting a four-bedroom apartment is one million Naira and above.

It has actually been reported as one of the dirtiest cities in Nigeria.

However, Aba is the capital of Abia State and the center for trade in the southeastern part of Nigeria.

The total estimated population of the inhabitant in this location is at 534,265.

Moreover, their citizens are mostly known as entrepreneurs while the city is known as the commercial center in south-south.

One of the prominent things you can find in the state is the Ariaria International Market, Heineken brewery, a glass company, and their craftsmen works.

At this Ariaria International Market, you can find many floors of building been used for selling production items.

Most of the items that are sold in this market are manufactured by their inhabitants through their handicrafts.

Lastly, the city has also been reported as the most populated city in Nigeria for Churches.

Enugu is located in the southeastern part of Nigeria and the last on our list of most expensive cities in Nigeria.

Even with that, the cost of living in this city is high but not as Lagos and Abuja.

However, it is a city with over 800,000 estimated population of Igbo peoples.

One of the prominent things that have made the city more expensive is its large numbers of Industries and Higher institutions.

Besides, most of the important commercial hub you can find in the city are bottling industries, the highest movie production place in Nigeria, the University of Nigeria and many more.

Mercedes Automobile assembly plant are also one of the important industry you can find in Enugu.

Some Music entertainers like Flavour and Pyhno are an indigene of Enugu.

Typically, a two-bedroom apartment in Enugu is can be rented at N500,000 and above

Final Word about the Most Expensive Cities in Nigeria

Looking at the list you will agree with me that those cities are actually the most expensive in Nigeria.

We also have an article about the Best Estates in Abuja and the Top 10 Most Expensive Places in Lagos.

Moreover, If you have a contribution towards are listing cities then you can use the comment to tell us how you feel.

We are curious to know what you think about these 10 most expensive cities in Nigeria.

Please, remember to share if you care about Things To Know and which to support our work.