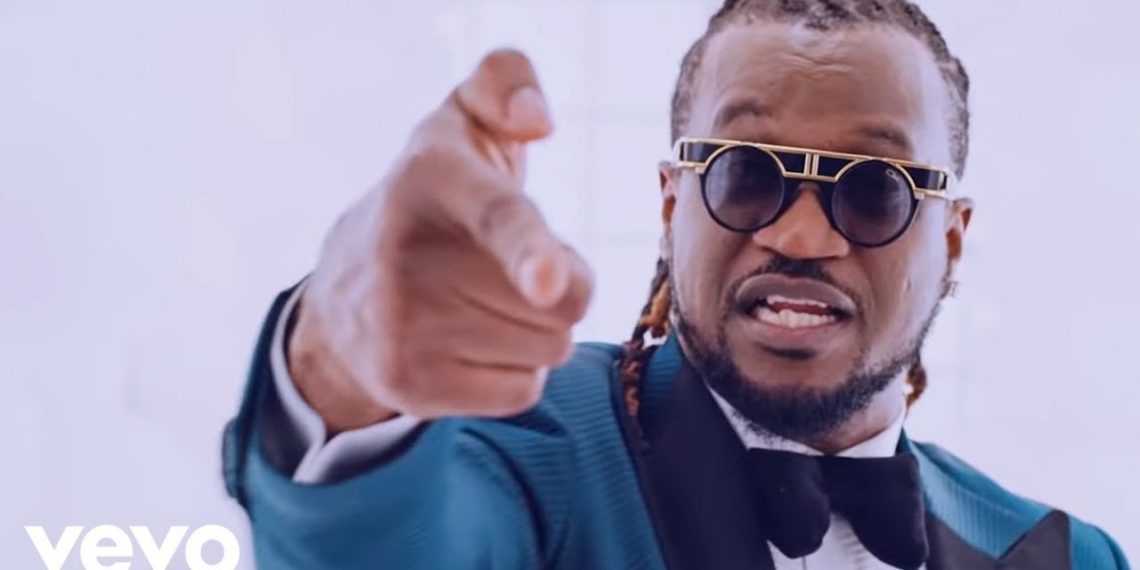 As we all know, Rudeboy is one of the well-known artists here in Nigeria today.

Over the years, this singer bagged numerous awards while still a member of the P-Square music group.

This group consisted of him and his older twin ‘Peter Okoye’ who now goes by the stage name ‘Mr. P‘.

A few years back, they both separated, and as a result, the music group was disbanded.

In this article today, we are going to look at the biography of Rudeboy, as well as his net worth as a solo artist.

Without taking too much time, let us go through the biography of Rudeboy.

Paul Okoye (aka Rudeboy or King Rudy) is a Nigerian singer, music composer, and producer who was born on the 18th of November 1981.

Although he was born in Jos, Plateau State, he is originally from Anambra State, Nigeria.

He was actually shot into the limelight as a member of the P-Square group which was made up of him and his twin brother.

Alongside his brother Peter, Paul Okoye had his secondary education at the St. Murrumba Secondary School in Jos, Plateau State.

Later on, they joined a Music and Drama School where they began to dance and perform songs produced by the likes of Michael Jackson, Bobby Brown, and more.

After a while, both Paul and his brother Peter gained admission to the University of Abuja.

This was where they finished their University education.

As members of a school music group, Paul and his brother started dancing and performing songs by their music idols.

After they received so much praise for their works, they later formed a group called ‘MMMPP’.

This is a music group which was made up of M Clef, Melvin, Michael, Peter, and Paul.

After a while, M Clef was dropped from the group, so the name was changed to ‘MMPP’.

Together as a group, they got inspiration from Michael Jackson who was their music idol.

Later on, they started full-time breakdance and changed the name of their music group to ‘Smooth Criminals’ in 1997.

As talented kids, they soon became little stars in Jos where they lived.

During this period, they used to perform in small occasions and schools around town.

A year later in 1999, Paul and his older twin Peter enrolled in a music school.

There, they learnt how to play several musical instruments.

When they graduated from this music school, they used to make soundtracks for some local Nigerian movies.

Later the same year, they both gained admission to the University of Abuja.

As a result of this, they had to disband their group ‘Smooth Criminals’.

All members of the group gained admission into different Universities, so they could not continue.

At the University, Paul and his older twin ‘Peter’ created a music group.

While in school, the duo changed the name of this group numerous times.

At different times, they went with names like Double-P, P&P, and also Da Pees.

After so many name changes, they finally came up with the name ‘P-Square’.

While with the name P-Square, they were promoted by Howie T.

For winning the competition, they got a sponsorship deal for their debut album.

This sponsorship was done by Benson & Hedges.

Their album was titled ‘Last Nite’, and they released it under Timbuk2 Music Label.

After the release of this musical project, Rudeboy and his brother ‘Mr. P’ won the Amen Award for Best R&B Music Group back in 2003.

They also bagged a nomination in the category of Most Promising African Music Group at the Kora Awards.

Later on in 2005, P-Square released their second studio album.

This one was titled ‘Get Squared’, and it was released under ‘Square Records’ (their own record label).

Through the years, the P-Square group made it to the number one spot in the music industry.

They even became the biggest music group in Africa.

However, the duo had a disagreement back in 2017.

As a result of this, they both went their separate ways in the music industry.

Rudeboy dropped a few singles like ‘Fire Fire’ and ‘Nkenji Keke’ the same year he and his brother separated.

Later on, he continued to drop other hit singles.

His hit single titled ‘Reason With Me’ became the song with the highest views on Youtube here in Africa (2019).

Back in 2019, he created his own record label called ‘Fire Department Inc’.

His songs are loved by so many of his fans.

However, a lot of people prefer that they get back as a music group (P-Square).

Although so many fans have been crying out for the duo to reunite, it seems that will be impossible for now.

They do not seem like they are ready to go back to the P-Square days.

Like I have already said, Rudeboy is yet to drop an album as a solo artist.

However, he has dropped a couple of hit singles that have been making waves in the music industry.

The only albums which Rudeboy has released are those which he released alongside his brother as a group (P-Square).

Here is a list of all the albums which were released by P-Square prior to their disbandment.

Aside from the first album titled ‘Last Nite’, all other albums were released under their own record label called ‘Square Records’.

We all know that Rudeboy is a talented musician, and he has dropped a lot of his songs as a solo act.

However, he is yet to win major international awards as a solo artist.

Back in 2014, Rudeboy got married to Anita Isama.

He actually met this lady back in 2004 while he was still at the University of Abuja.

Today, they have three lovely kids.

A son named Andre, and the twins Nathan and Nadia.

All their kids were born in Atlanta, Georgia.

As a result, they all possess dual citizenship of Nigeria and the USA.

Here are some major assets owned by Rudeboy.

Aside from these cars, he owns a couple of other cars that are not well known to the public.

As a rich fellow, Rudeboy owns a couple of beautiful mansions.

He owns a mansion in Lekki Phase 1, Banana Island, and also in Ikoyi.

Aside from these Mansions, he also owns a house in his hometown in Anambra State, Nigeria.

While he and his brother were still together, they had a large mansion in Omole Estate in Lagos.

However, they sold this mansion after they separated.

While P-Square were still together as a group, they used to own a private jet.

However, we haven’t been seeing this jet since the disbandment of the music group.

We do not know the whereabouts of this jet, so we can not say much about it.

So far, these are the major assets owned by Rudeboy.

What is Rudeboy Net worth?

With several hit songs and deals here and there, a Rudeboy is indeed a rich fellow.

Over the years, he has signed a number of endorsement deals with major companies both within and outside the country.

Aside from the money which he makes from these endorsement deals, he is also into business.

He has several investments spread far and wide across the continent.

As a solo artist, Rudeboy is currently estimated to worth a whopping $16 Million Dollars.

This makes him one of the top ten richest musicians in Nigeria today.

Final Thoughts on Rudeboy Net Worth

From this article, I believe you have discovered more about Rudeboy and how much he has made in the music space.

Although he is doing fairly well as a solo act, a lot of fans are not happy with the disbandment of P-Square.

As a matter of fact, a few people even stopped to fan the duo as a result of their separation.

While others pray for their unity, a few others are okay with the disbandment.

So, what is your opinion, should the duo reunite as a group, or go on with their individual music careers?