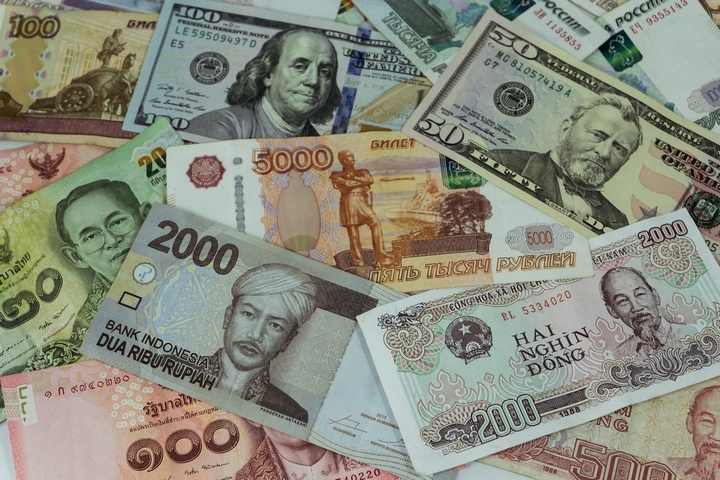 Currency or money in the form of paper, coins, cowries, and of late virtual currency is the primary medium of exchange in the modern world, decidedly preferred over the barter system.

The worth of a currency is relative.

A host of macro and microeconomic factors, such as interest and inflation rates, economic growth, political stability, trade balance, stimulus measures, and so on, influence the value of a currency.

A weak currency is a currency that is diminishing in value in comparison to other currencies.

After all said and done, we still have to look at the top ten weakest currencies in Africa. They include;

Sao Tome and Principe Dobra is the lowest currency in Africa.

It is noted to be the smallest nation in Africa.

It is classified as the weakest currency based on the exchange rate to the dollar and its purchasing power.

The dobra is the currency of Sao Tome and Principe and It is abbreviated Db and is divided into 100 centimos.

The first dobra (STD) was introduced in 1977, replacing the escudo et par.

Sao Tome and Principe signed a deal with Portugal in 00, linking the dobra with the euro.

The Sao Tome and Principe Dobra is currently the lowest currency in Africa and the smallest on the continent.

However, the island state is an exporter of cocoa, coffee, and coconuts. But this is not enough to support the local economy at an appropriate level.

The Leone was introduced on 4th August 1964.

Besides, It is the second-lowest currency in Africa valued at 11849.86 SLL to the USD.

Moreover, the leone is the currency of Sierra Leone.

It is subdivided into 100 cents but denominations in cents are no longer in use due to the low value of the currency.

The ISO 421 code is SLL and the leone is abbreviated as Le placed before the amount.

The Leone was introduced on 4th August 196, It replaced the British West African pound at a rate of 1 pound which is equal to 2 leones (i.e 1 leone equals 10 shillings).

The first Guinean Franc was introduced in 1995 to replace to the CFA Franc.

On March 1, 2019, on the 59th anniversary of the introduction of its national currency the Central Bank of the Republic of Guinea issued a revised banknote for 10,000 francs and issued a new banknote for 2,000 francs.

Currently, the smallest denomination in circulation is the 500 francs note due to degrading purchasing power.

The Guinean Franc is the currency of Guinea, It is subdivided into hundred centimes, but no centime denominations were ever issued.

Guinea is one of the African countries with the most inflated currencies, The country’s currency is weak due to the high inflation rate, progressing poverty, and devalued currency.

Guinea should have been one of the countries with the most valuable currencies considering the country’s available natural resources.

They include gold, diamonds, and aluminum. Guinea has the world’s largest bauxite reserves and is the biggest exporter of ore.

The currency keeps depreciating against the dollar due to the continuous high inflation rate.

Who are the African Music Legends in History?

The ariary is the currency of Madagascar.

It is subdivided into 5 Iraimbilanja and is one of only two non-decimal currencies currently circulating (the other is the Mauritanian Ougiya).

The names ariary and iraimbilanja derive from the pre colonial currency with ariary (from the Spanish word, ‘real’) being the name for a silver dollar.

Iraimbilanja means literally ‘one iron weight’ and was the name of an old coin worth 1/5 of an ariary.

The Ugandan Shilling (UX) is the currency used by people in Uganda and the fourth on the list.

Officially divided into cents until 2013, the shilling now has no subdivision.

Following high inflation, a new shilling (UGX) was introduced in 1987, worth 100 old shillings.

In August, the Bank of Uganda, the country’s central bank, indicated that the currency depreciated by 3 percent against the U.S dollar in the first five months of 2020 due to increased outflows of investment following the Covid 19 pandemic.

The shilingi is the currency of Tanzania and it is subdivided into 100 Senti (cents in English).

The Tanzanian shilling replaced the East African shilling on 14th June 1996 at par.

Amount in the Tanzanian shillingi is written in the form of x/y, where x is the amount above 1 shilling, while y is the amount in senti.

This could be due to the reduction in the economy of the Democratic Republic of the Congo since the 1980s.

At the time of its independence in 190, the Democratic Republic of Congo was the second most industrialized country in Africa after South Africa.

Since then, corruption, war, and political instability have been a severe detriment to further growth, today leaving DRC with a GDP per capita and an HDI rating that ranks among the lowest and makes the DRC one of the least developed countries in the world.

The Burundian Franc currently has a rate of 2010.00 BIF to the dollar.

It is nominally subdivided into centimes although coins have never been issued in centimes since Burundi started issuing its own currency.

Only during the period when Burundi used the Belgian Congo franc were centime coins issued.

The franc became the currency of Burundi in 1916, when Belgium occupied the former German colony and replaced the German East African rupie with the Belgian Congo franc.

Burundi used the currency of Belgian Congo until 1960 when the Rwanda and Burundi franc was introduced.

Burundi began issuing its own francs in 1964.

Business in Nigeria: 20 Most profitable Ones That Makes More Money

However, Rwanda has made significant progress in stabilizing and improving its economy.

The franc became the currency of Rwanda in 1916, when Belgium occupied the previously German colon and the Belgian Congo franc replaced the German Eat African rupie.

Rwanda used the currency of the Belgian Congo until 1960 when the Rwanda and Burundi franc was introduced.

Rwanda began issuing its own francs in 1964, two years after gaining independence.

Malawian Kwacha is the official currency of Malawi with an exchange rate of 1 USD which is equal to 818.50 MK.

The kwacha replaced other types of currency, namely, the UK pound sterling, the South African rand and the Rhodesian dollar, that had previously circulated through the Malawian economy.

MWK is the currency of Malawi as of 1971, replacing the Malawian pond and it is divided into 100 tambalas.

The kwacha replaced other types of currency, namely the UK pound sterling, the South African rand, and the Rhodesian dollar, that had previously circulated through the Malawian economy.

In 2005, administrative measures were put in place by Bingu was Mutharika to peg the exchange rate with other currencies.

Banknotes are issued by the Reserve Bank of Malawi.

In May 2012, the Reserve Bank of Malawi devalued the kwacha by 34% and unpegged it from the United States Dollar.

Was this article helpful to you?