by Andrew Effiong
in News 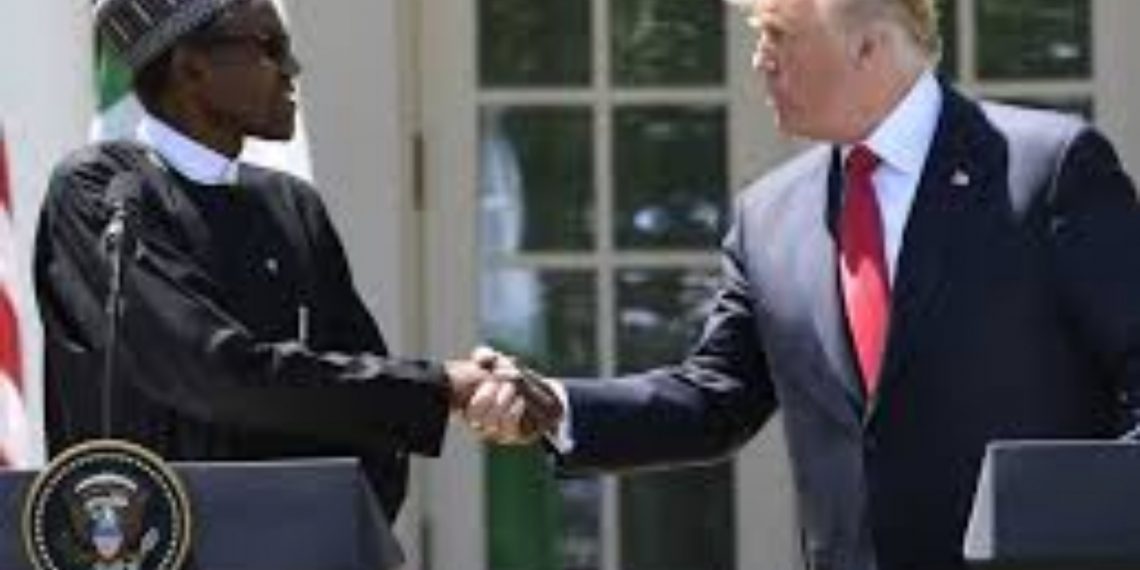 Recall that on June 5, the Nigerian government officially put an indefinite ban on Twitter, restricting it from operating in Nigeria.

The ban came about after the removal of President Muhammadu Buhari’s tweet by twitter. The tweet cited to the Nigeria’s civil war four decades ago, and included an undercover threat towards those backing a secessionist movement in the southeast region of the country.

The authorities in Nigeria also accused the platform of threatening the country’s “corporate existence” by allowing “misinformation and fake news to spread.”

The Former US President in a statement he signed on Tuesday, commended the president’s move in banning the micro-blogging platform and at the same time urged other countries to ban Twitter and Facebook for not allowing free and open speech.

“Who are they to dictate good and evil, if they themselves are evil?” Mr Trump said in a statement.

After commending Nigeria, he also urged other countries to ban Twitter and Facebook for not allowing “free and open speech”, while predicting competitors to the two companies will “emerge and take hold.”

Recall also that Mr Trump was banned from both platforms after the US Capitol riot in January 6.

His posts before and after the raid were alleged to have encouraged violence.

In a statement released on Tuesday. “Congratulations to the country of Nigeria, who just banned Twitter because they banned their president,” .

He suggested that he should have banned Facebook while he was in office, but said the company’s boss Mark Zuckerberg “kept calling me and coming to the White House for dinner telling me how great I was”.

The 45th US president has struggled for attention since his access to Twitter and Facebook was blocked. A website he launched last month to get his word out was closed because of poor traffic.