Naira Marley Net worth and Biography In 2022 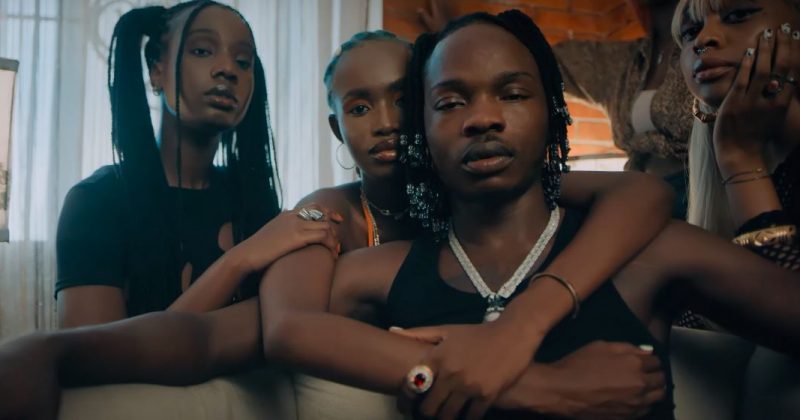 What is the net worth of Naira Marley?

We all know that today in Nigeria, the singer ‘Naira Marley’ is one of the most controversial Nigerian singers.

Though he often gets himself into different troubles with the authorities and the Government, he still remains active in the industry.

Over the years he has been in the Nigerian music industry, he has continued to drop major street bangers and dance steps.

He is well known for not wearing belts.

He tags this as being a Marlian, and he goes on to sing in his songs that he owns over a thousand pairs of trousers with zero belts.

Today in Nigeria, most youths go without belts in the name of being his fan (Marlians).

A lot of people know about this singer, but they do not really know his personal life, and how much he is worth in terms of cash.

In this article, we will look at the life of this singer, and how much he has made from the Nigerian music industry.

Azeez Adeshina Fashola (aka Naira Marley) is a Nigerian musician and songwriter who was born on the 10th of May 1991 in Lagos State, Nigeria.

This singer is referred to as the president of the Marlians in Nigeria.

This is a name formulated by the singer, and given to his fans.

All fans of Naira Marley who emulate his ways are called Marlians.

Today, this singer is regarded to be one of the future street bangers in Nigeria.

Naira Marley is a Nigerian singer who was born to a Muslim family in Agege, Lagos State, Nigeria.

Much is not known about the early life of the singer, because he didn’t spend most of his childhood days in the country.

When the singer turned 11, he left the country for England.

Like I have already said, when Naira Marley was just 11 years old, he left Nigeria for Peckham.

This is a town in South London, England.

It was surprising, but while at Peckham, he enrolled at the Peckham Academy, and graduated with a distinction in Business.

After that, the singer studied Business Law at the Crossways College.

This College is now Christ the King Sixth Form College.

This may be shocking to so many, but the singer ‘Naira Marley’ is a married man.

He is married to two wives, and he currently has a total of four children.

While he was still a young kid, Naira Marley wanted to be a voice-over artist and an MC.

The singer actually started singing back in 2014 after he found out that he had a passion for it.

Then, he was often encouraged by his close friends to go into the music industry.

A while later, he released his debut song titled ‘Marry Juana’ with Max Twigz.

Just a while later, he dropped his first EP ‘Gotta Dance’.

The song featured the likes of Lil Kesh and Olamide.

This song shot Naira Marley into the spotlight in the Nigerian music industry.

It was even used as the official theme song for the Super Eagles during the 2018 Fifa World Cup in Russia.

The Remix of this song was released during the world cup in June 2018.

It featured artists extra artists like Falz, Simi, Slimcase, alongside Lil Kesh and Olamide who were also part of the original song.

Naira Marley’s music pattern is a mixture of Afrobeats and Hip Hop.

It is said that he derived his stage name from the legendary Jamaican singer Bob Marley whom he admires a lot.

It is even said that his dreadlocks is a tribute to the late legend.

Today, the singer has a very huge fan base across the nation.

The year 2019 was another successful year for the singer.

In 2019, released nationwide hits like Soapy, Am I A Yahoo Boy, and Lord of Lamba.

The single ‘Am I A Yahoo Boy’ featured Zlatan, and it was one of the biggest hits of the year.

However, this song attracted some allegations by the EFCC, and it led the singer into a lot of trouble.

This will be discussed in a later part of this article.

Following all the release of all these hit singles in 2019, the singer won the Sound City MVP Awards for Viewers Choice in January 2020.

This was with the single titled ‘Soapy’.

Prior to this, he had already dropped his second EP the previous month (December 2019).

This EP was titled ‘Lord of Lamba’, and it was a mixture of Afrobeats and Hip Hop as usual.

This project was made up of 6 songs, and it featured guest acts like Mayorkun, CBlvck, Young John, and more.

During the Marlian Fest which was held at the famous Eko Hotels in Lagos, the singer announced his new record label ‘Marlian Records’.

He also further disclosed that CBlvck, MohBad, Zinoleesky, and Fabian Blu were all signed under his label.

Later on, in 2020, he announced the addition of Emo Grae to his record label.

Recently, Lyta who was formerly under Olamide’s YBNL Nation is now a member of the Marlian Records.

In May 2019, Naira Marley and his friends were arrested by the EFCC a day after the release of his music video titled ‘Am I A Yahoo Boy’.

Naira Marley was arrested alongside Zlatan whom he featured in this track, and also three other of his friends.

Barely a week after their arrest, Zlatan and the three others were released, but Naira Marley remained in custody.

According to the EFCC, the singer was still kept in custody based on some choking evidence against him.

Still, in May 2019, Naira Marley was charged to a Federal High Court in Ikoyi Lagos.

The EFCC charged him with over 10 counts of fraud.

Just a few days later, he released a song titled ‘4 Nights in Ekohtiebo’.

He actually released this song while still in prison.

Later on the same month, the singer was brought before the Federal High Court where he pleaded ‘not guilty’.

On the day of his release on the bail hearing, he dropped yet another song titled ‘Why’.

This song featured an image of the singer in handcuffs.

On the 14th of June 2019, Naira Marley was released from prison after being officially granted bail of #2 Million Naira.

Just a few days after he was set free on bail, the singer again released Soapy.

The song actually talks about the sexual habits of prisoners in detention.

In October same year, the singer returned to the High Court to face his charges.

However, the case was adjourned to the 27fh of February 2020 after a witness for the EFCC testified against the singer.

Recently, Naira Marley was arrested by the Nigerian Police for disobeying the government lockdown order on Lagos state for the Covid-19 pandemic.

Regardless of the Interstate travel ban and all the rules of the pandemic period.

Naira Marley went ahead to perform at a Concert in Abuja.

He was again brought before a mobile court in Abuja over his violation of the government rules in the concert.

You can see that the singer is indeed one of the most controversial singers in the country today.

In 2019, Naira Marley was nominated for the Best Artist of the Year (Male) Award at the City People Music Award.

His song ‘Soapy’ was also nominated for the Street song of the year.

In 2020, the singer again bagged two nominations at the Soundcity MVP Awards for the categories of Song of the Year, and Best Pop.

Still, on the Soundcity MVP Awards of 2020, Naira Marley bagged an award for the Viewers Choice category.

This was actually his first official award in the Nigerian music industry.

Aside from these cars, he owns many other cars, but these are the known ones.

Though the singer is rumored to have numerous houses, they are not well known to the public, as he doesn’t display them on social media.

However, there was popular news that the singer acquired a mansion in Lekki Phase 1, Lagos, Nigeria.

This house is said to worth millions of Naira.

From the likes of texts above, you can now see some interesting facts about the life of this unique singer ‘Naira Marley’.

Despite being caught up in several controversies, the singer continues to drop bit songs, and his music career keeps growing by the day.

If you have any additional information to add to this article, feel free to drop it in the comment session below.

We value your opinions.

In all, we do wish you a lucky day!