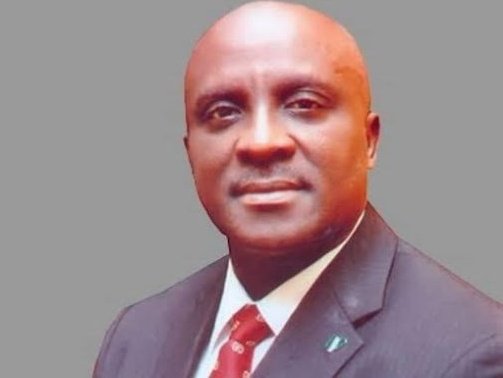 Barely 24hours after a former presidential aide and Chieftain of the All Progressives Congress (APC), Ahmed Gulak was gruesomely murdered in Owerri, Imo state while returning to Abuja, the Registrar of the National Examination Council (NECO), Prof. Godswill Obioma has also died.

The death of Prof. Obioma came as a shock to Nigerians who are still questioning the death of Gulak who was murdered on Sunday in Owerri.

Since the news of Prof. Obioma’s death filtered into the public domain, conflicting reports have continued to trail his death.

One of the report given by Peoples Gazette who allegedly spoke with wife of the deceased NECO boss on Tuesday, 1st June revealed late Obioma was trailed by unknown gunmen from Abuja to Minna where he resided and strangled.

The wife had told Peoples Gazette that the gunmen stormed their residence on Monday night, strangled her husband and left with nothing.

She said, “the assassins came in and killed him and left without taking anything.”

In a related development, a release from NECO Director, Human Resources Mustapha Abdul, insisted that Ozioma died in his sleep after having a heart failure.

Abdul shared a text he got from the second son of the deceased NECO boss informing him of his father’s demise.

The text reads, ”This is to formally inform you that my father, Prof. Godswill Obioma, the Registrar/Chief Executive of NECO passed to eternal glory yesterday 31/5/2021 after a brief illness.

“We request that you kindly notify the Board, Management and the entire staff of the Council of this development. We shall keep you duly informed.”

The late Obioma was appointed by President Muhammadu Buhari in May, 2020 and was to serve for a period of five years according to the letter signed by the Minister of Education, Adamu Adamu.

Obioma, has served in various capacities like the Ebonyi State Resident Commissioner of the Independent National Electoral Commission (INEC), Executive Secretary, Nigeria Educational Research and Development Council, among others.

Obioma, aged 67 was also a Professor of Education Measurement and Evaluation.