Elon Musk Biography And Net Worth In 2022 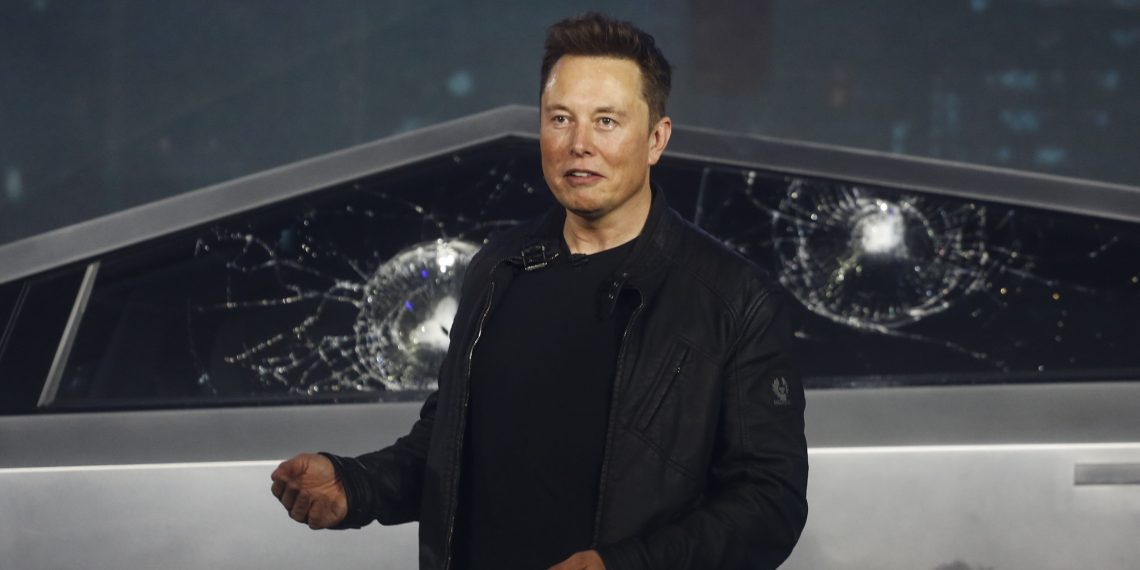 You might know the man behind Tesla “Elon Musk” but don’t know more about his biography and net worth?

If you don’t, then it’s perhaps because you are not familiar with the list of richest men in the world.

Elon Musk is one of the richest persons in the world today.

He is a very successful businessman and philanthropist, and we are going to talk about him in this article.

So, You will get to know more about Elon Musk Biography and Net Worth as of 2020?

Then read on for these are the things revealed in this post.

Without delaying you further, let us get down to the real deal.

Elon Musk was born and raised in South Africa.

He is a descendant of a South African father and a Canadian mother.

He was born in Transvaal, South Africa.

His father was actually a pilot, sailor, and an electromechanical engineer.

While on the other hand, his mum was a Canadian model and Dietitian.

His younger brother Kimbal Musk who was born in 1972 was said to have been an early business partner of Elon.

He also has a younger sister named Tosca.

She is the founder of the famous video streaming website called PassionFlix.

When his parents divorced back in 1980, Elon Musk mostly lived with his dad in South Africa.

This was a choice he made during the first periods of the divorce, but he later regretted it.

Elon Musk later disclosed that his father was actually a terrible person who is impossible to live with.

From his paternal side, Elon Musk has two siblings (one half-sister and one half-brother).

As a child, Elon Musk was a very intelligent kid.

At just 10, he developed deep love for the computer industry.

He later learned computer programming with a manual.

A while later, he made a video game which he programmed with BASIC.

This program was bought by a company on a deal which was said to be worth about $500.

As a kid, Elon Musk was bullied often.

He was even once hospitalized after some group of bullies threw him down some stairs.

He sustained injuries from this, but later recovered.

This was where he had his basic education, before passing to Branston High School.

After This he enrolled in the Pretoria Boys High School.

Although his dad tried to persuade him to join college there in South Africa, Elon was keen on moving to the USA.

He later obtained a Canadian passport through his Canadian mum.

He knew that getting to the United States of America from Canada was an easy job, so he joined his mum in Canada.

While he was growing up in Pretoria, South Africa, he even gained admission to the University of Pretoria.

Although he enrolled in this university, Elon Musk only studied briefly before he moved to Canada.

When he moved to Canada, he was just 17 years old.

In Canada, he studied at the Queen’s University before he transferred to the University of Pennsylvania within a period of about two years.

At the University of Pennsylvania, Elon actually gained a Joint Bachelors Degree in both Economics and Physics.

After his undergraduate education.

He later moved to California some years later to start a Ph.D. program in applied physics and material sciences at the famous Stanford University.

However, Elon Musk dropped out of the Stanford University Ph.D. program to pursue his business interests.

Elon was the co-founder of the Zip2 Web software firm.

This firm was acquired by the famous Compaq for a whopping $307 Million.

This transaction took place back in 1999.

After this, Elon Musk founded the X.com.

This is actually an online bank, and it later joined Confinity in 2000.

Before the merger, Confinity had already launched PayPal, and they were bought for a whopping $1.5 Billion by eBay.

This is an aerospace manufacturer and creator of space transport services.

He is the founder and lead designer of this company.

After Tesla was founded back in 2004, Elon Musk joined the company.

This company is now a subsidiary of Tesla.

More recently in 2015, he co-founded OpenAI.

This is a non-profit company that supports artificial intelligence.

He co-founded the Neuralink company.

This company is a neurotechnological company that focuses on computer user interfaces and how to develop brains.

Aside from all this, Elon is also the founder of Boring Company.

That is a tunnel construction and general infrastructure company.

Elon Musk plans to change the transport system of the world for the better.

Back in 1995, Elon Musk and his younger brother Kimbal Musk started the Zip2 Web software company.

They actually started this business with cash they raised from a group of investors.

At the beginning, he hosted the platform in a little rented office.

With time, this company developed and sold Internet city guides to the newspaper industry.

This went alongside maps with reliable directions and yellow pages, and also son graphics.

This was made by Musk using Java.

Before the success of this company, they both couldn’t afford a private apartment, so they had to squat right in the office.

During this stage, they could only afford one computer.

This meant the website had to be up by day, and he had to be coding by night.

Their struggles paid off when the Chicago Tribune and The New York Times persuaded the board to abandon plans for a merger with the company ‘CitySearch’.

Musk actually tried to become the Chief Executive Officer, but he failed as the board didn’t make it possible for him too.

From this sale, Elon Musk was given his 7% which was actually $22 Million dollars.

He used a whopping $10 Million dollars from the money realized from the sales of Zip2 to startup X.com.

After just one year of operation, the company merged with Confinity.

This is the company that owns the money transfer system popularly known as PayPal.

After they merged, the company focused on the PayPal service, and it was renamed in 2001.

Musk was removed as the Chief Executive Officer of the company.

He was removed following a disagreement with board members.

He wanted to switch the Unix-based interface to a Microsoft one, but the board didn’t go with the idea.

Although he was removed as the CEO, he still remained a board member.

In 2002, the popular eBay bought PayPal for a mind-blowing sum of $1.5 Billion dollars.

Musk received $165 Million as his share in the sale.

Before PayPal was sold, Elon Musk was actually their highest shareholder.

He owned about 11% of the shares of PayPal.

Some years later, Musk bought the domain name X.com from PayPal and the worth of this deal is undisclosed to the public.

Elon Musk is the founder of SpaceX.

With spaceX, he initiated a project called the Mars Oasis.

This is an idea to land a small experimental greenhouse on Mars, containing food and crops growing.

This is in a clear bid to reignite our love for space exploration.

Back in 2001, Elon Musk traveled to Moscow with some friends to buy refurbished ballistic missiles that could be able to shoot their estimated loads up into space.

They met with companies like NPP Lavochkin, and a few more.

However, these companies all viewed Elon Musk as a novice and didn’t grant him a purchase.

A year later, the group returned to Russia with a few more people who were well experienced in the field.

One of them was Mike Griffin, who worked in NASA’s Jet Propulsion Laboratory.

The group then had a fresh meeting with the company ‘Kosmotras’, and they were offered a rocket for a whopping $8 Million dollars.

Musk got angry with the price being too high, so he left the meeting and boarded the next flight back to Moscow.

On his way back, he was then struck with the idea of starting a company that could make affordable rockets.

Tesla Motors often shortened as Tesla is a company that was actually incorporated by Martin Eberhard and Marc Tarpenning.

Prior to Elon Musk’s involvement in Tesla, those two played very crucial roles in the development of the company.

Tesla first built an electric sports car back in 2008.

About 2,500 of these vehicles were sold in over 30 countries of the world.

It was actually the first time an all-electric car was manufactured.

In 2012, Tesla started the delivery of its four door Model S Sedans.

The launch of their much-anticipated Model X was actually delayed from 2012 to 2015.

Tesla has sold so many electric power systems to Mercedes B-Class Electric drive, Toyota for Rav4 EV, and Smart EV.

With Elon Musk’s persuasion, both companies remained long-term investors with them.

These are the major businesses that are currently operated by Elon Musk.

There are many more that were not actually reviewed here.

Elon Musk is a very diverse businessman and his intelligence is making him some real fortune in the business as well as in the tech world today.

In 2012,  Elon Musk was given the Royal Aeronautical Society’s highest award.

This is a gold medal.

For having SpaceX, Tesla, and SolarCity, Elon Musk was named as the Fortune Businessperson of the year in 2013.

In 2014, Elon again won another award at the Annual Gala.

He won the award for Exploration & Technology of the Explorers Club.

ALso Read: The Richest Men In The World and their Net Worth

As a billionaire, Elon lives a luxurious life.

He is said to live in a mansion that is worth $100 Million.

He is a lover of cars and owns Jaguar E Type, a Lotus Esprit.

This was the car used in the famous James Bond movie.

Aside from these, Elon also owns some other expensive cars.

His first car was actually a BMW 320i.

Currently, Elon Musk is said to be worth a shocking $185 Billion Dollars.

This makes him one of the top three richest persons in the world today.

So far, you now know more about this wonderful and creative entrepreneur ‘Elon Musk’.

Most importantly, everything about Elon Musk biography and net worth in 2021.

You can save this for future reference or bookmark this page.

You can never tell when you might urgently need this particular page for particular info.

In all, I urge you to drop your comments below…

Please this article on Elon Musk biography on your social media by using the button below.