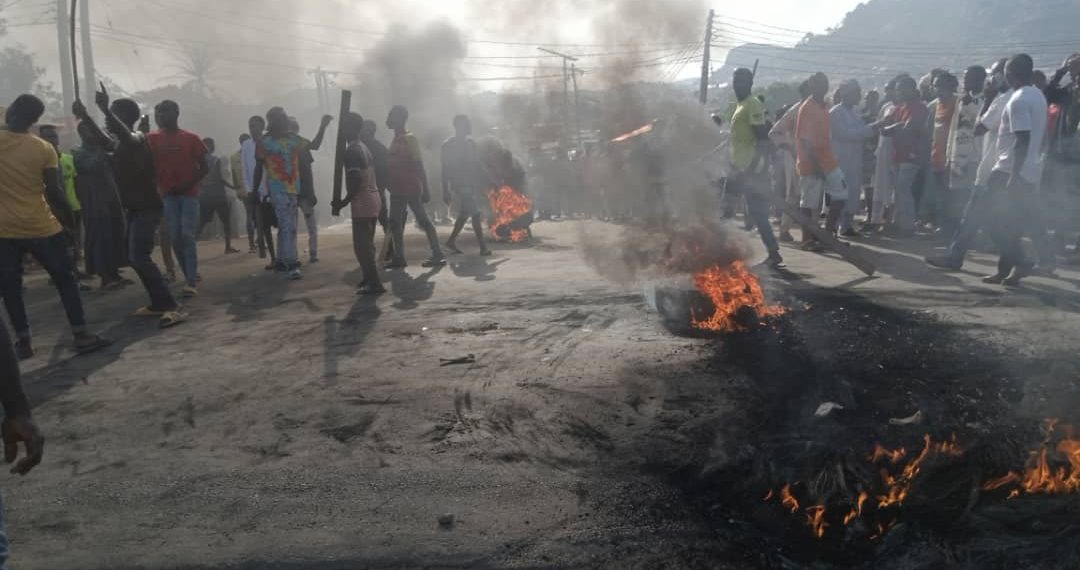 Protest have erupt on the Abuja-Kaduna highway following the depleting insecurity and banditry problem in the Northern part of the country.

The youth numbering over hundreds reportedly from Gauraka Community, Tafa Local Government Area of Niger State blocked the highway to protest what they described, as ‘constant kidnapping and insecurity’ in the community.

The youth who blocked the highway, burning tyres and restricting the free flow of traffic on the highway were also seen chanting, ”we no go gree o, we no gree o’.

The protest comes barely hours after gunmen stormed Suleja; a community which is 10 mins drive from the country’s capital and abducted some persons.

The youth in an eyewitness video on Channels TV explained that 15 persons were abducted and three persons killed in the attack which has posed a threat to their sleep and safety.

The youth called on the federal government to rise and tackle the insecurity in the community.

As at press time, men of the Nigeria Police Force arrived the scene to address the situation.