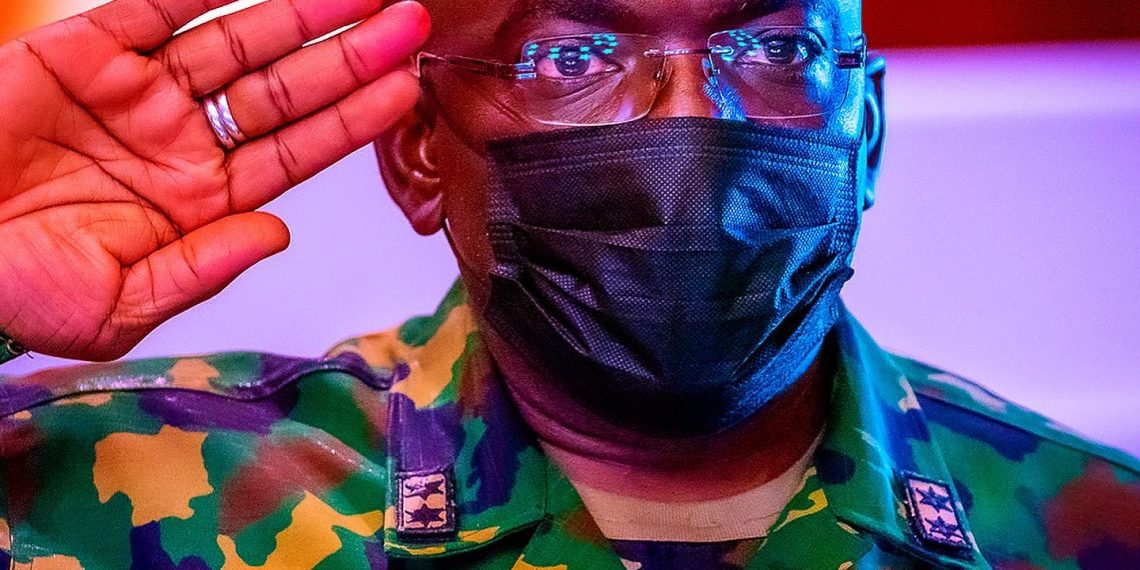 A military training aircraft has crashed in the Kaduna Airport with eight people feared dead, with multiple sources reporting Ibrahim Attahiru, the Chief of Army Staff, among the victims.

The plane crash-landed while it was raining.

According to PRNigeria, Attahiru was on an official trip to Kaduna.

The Nigerian Air Force confirmed that there was an accident involving one of its aircraft in Kaduna but did not go into details.

“An air crash involving a @NigAirForce aircraft occurred this evening near the Kaduna International Airport. The immediate cause of the crash is still being ascertained. More details to follow soon,” read the statement signed by Edward Gabkwet, the force’s Director of Public Relations and Information.

This is the second time in a year that a military aircraft has crashed and one has gone missing.

On February 21, a Nigeria Air Force military plane, Beechcraft B350i, crashed close to the Nnamdi Azikiwe International Airport on its way to Minna, Niger State. The plane had an engine failure and all seven officers on board died.

Find Out: Mystery Behind T.B Joshua’s Death, His Last Days and What He Lived for

Shortly after, on April 1, a Nigerian Air Force fighter jet which was on a surveillance mission in Borno State, in the North East, went missing. The plane lost radar contact and disappeared “while on interdiction mission in support of ground troops. The mission was part of the ongoing counterinsurgency operations in the North East.”

Video footage of the scene where the plane crashed.